Zorba’s Rises From the Ashes 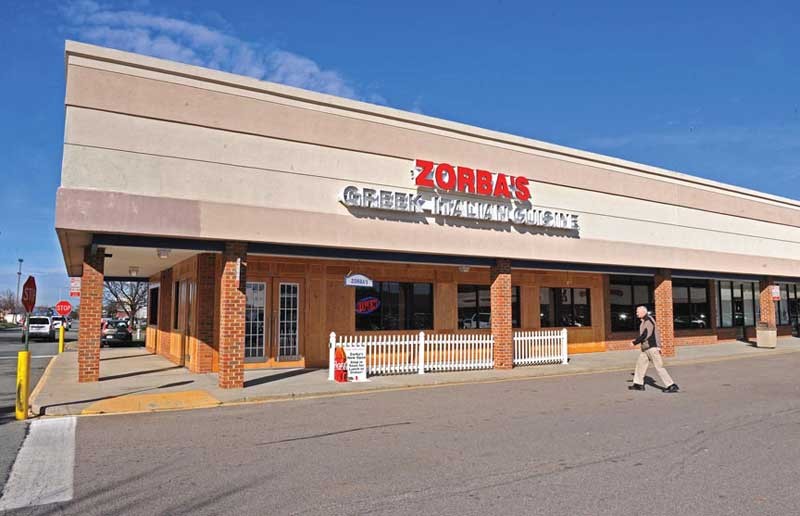 It took a little longer than he thought, but owner Mehmet Akpinar finally has reopened Zorba’s restaurant -- 358 days after it was devastated by a fire on Jan. 2, 2011.

The eatery in the Tuckernuck Square shopping center was a West End favorite since 1990.

“Absolutely nothing” survived the fire, Akpinar says. The roof, the heating and air-conditioning systems, the walls -- everything was damaged beyond repair. The cause of the fire remains undetermined.

Akpinar saw an opportunity to redo the space, which had been occupied by a pizzeria and a sports bar, to better fit his business. But construction and inspection delays kept pushing back the reopening date, originally set for August. Customers kept dropping by for dinner only to walk away disappointed. At one point, Akpinar says, he even considered moving the restaurant to a new location.

Then Zorba’s opened Dec. 26. Akpinar designed the interior himself, with a sparkling granite bar, stacked stone and wall-sized wine rack. Customers always requested the tall booths by the window, he says, so he made every booth 4-feet tall.

On Wednesday evening, garlic wafted from the large, bright kitchen while regulars poured in the door. They found few changes besides the décor. All but three of the veteran servers and kitchen staff returned, Akpinar says. The menu hasn’t changed. Nor have the prices. He even replaced the photograph of his young son, John, which hangs near the bar, after “everyone was worried that his picture was destroyed.”

“I’m just happy y’all are reopening,” Kendall Ruby says as she picks up her takeout order of dolmades and tzatziki sauce. “It looks great.”