Zapped With Anticipation: the $50,000 Photon Generator 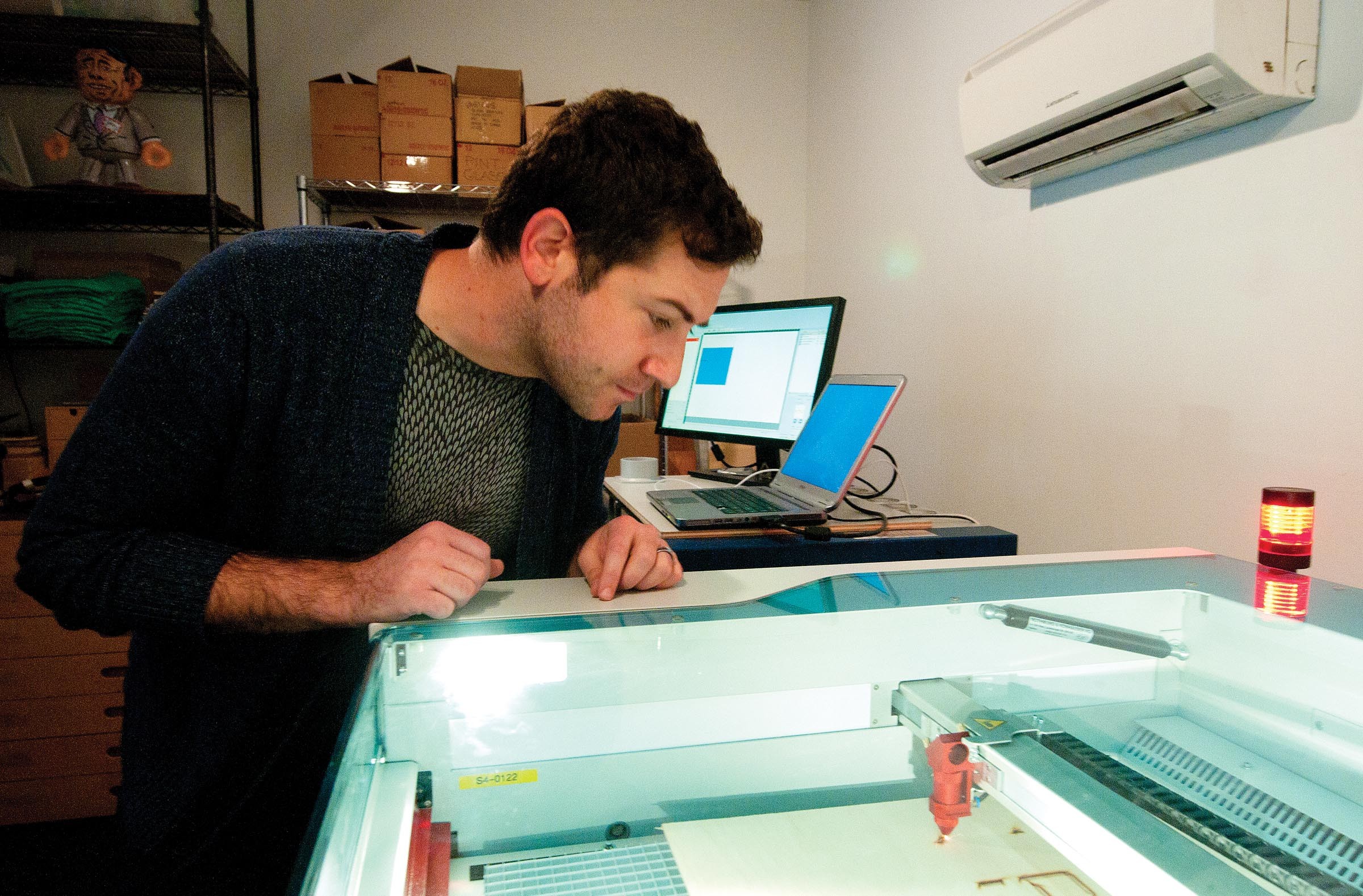 It arrives, Acme-style, in a giant, nondescript wooden crate, carrying explicit instructions: "Do not initialize the laser."

"It was torturous," says Jason Lefton, the proprietor of Big Secret, a Richmond design and fabrication shop.

The crate contains, yes, a laser — a really powerful one that Lefton says puts all other lasers in Richmond to shame. It's also really expensive. Lefton's business put up $50,000 in cash for it — an indication of the success he's found using smaller lasers to etch, cut and burn products and designs for such local outfits as the Martin Agency and shirt-maker Ledbury.

Lefton isn't allowed to use the new, 80-watt unit sitting in his shop until about five days later, when a pair of technicians flies in from the Midwest to calibrate the machine. But Lefton is absolutely itching to get his hands on it. He says the new laser can cut clean through materials as thick as a half inch, and has a larger bed that will allow him to cut his designs into even larger objects such as furniture and bolts of fabric. In essence, Lefton says, it will allow him to grow his business by letting his designs get bigger and more intricate.

The laser works a bit like an oversized ink-jet printer. Designs are fed in through a nearby computer and the unit's head starts zooming around over a platform with mechanical precision. The laser hits the target, be it wood, glass, or almost anything else you can imagine. Lefton even used the machine to cut a pizza once. Smoke billows up, clearing to reveal precision cuts and etched lines.

Lefton's made a name for himself as the go-to guy for creative professionals who have projects that need laser work. Nearby shops have similar equipment, but they tend to focus on plaques and trophies. Lefton, meanwhile, does work that's artful, placing whimsical, clean designs in unexpected places.

In a collaboration with the Martin Agency, for example, he cut and etched a plate-sized Oreo cookie that fits into the cover of a book the ad agency was working on for Nabisco. Chris Peel, an associate creative director at the agency, says Lefton's work became an essential part of the project. "It's just great to work with a small company with an appetite for innovation and making things," Peel says.