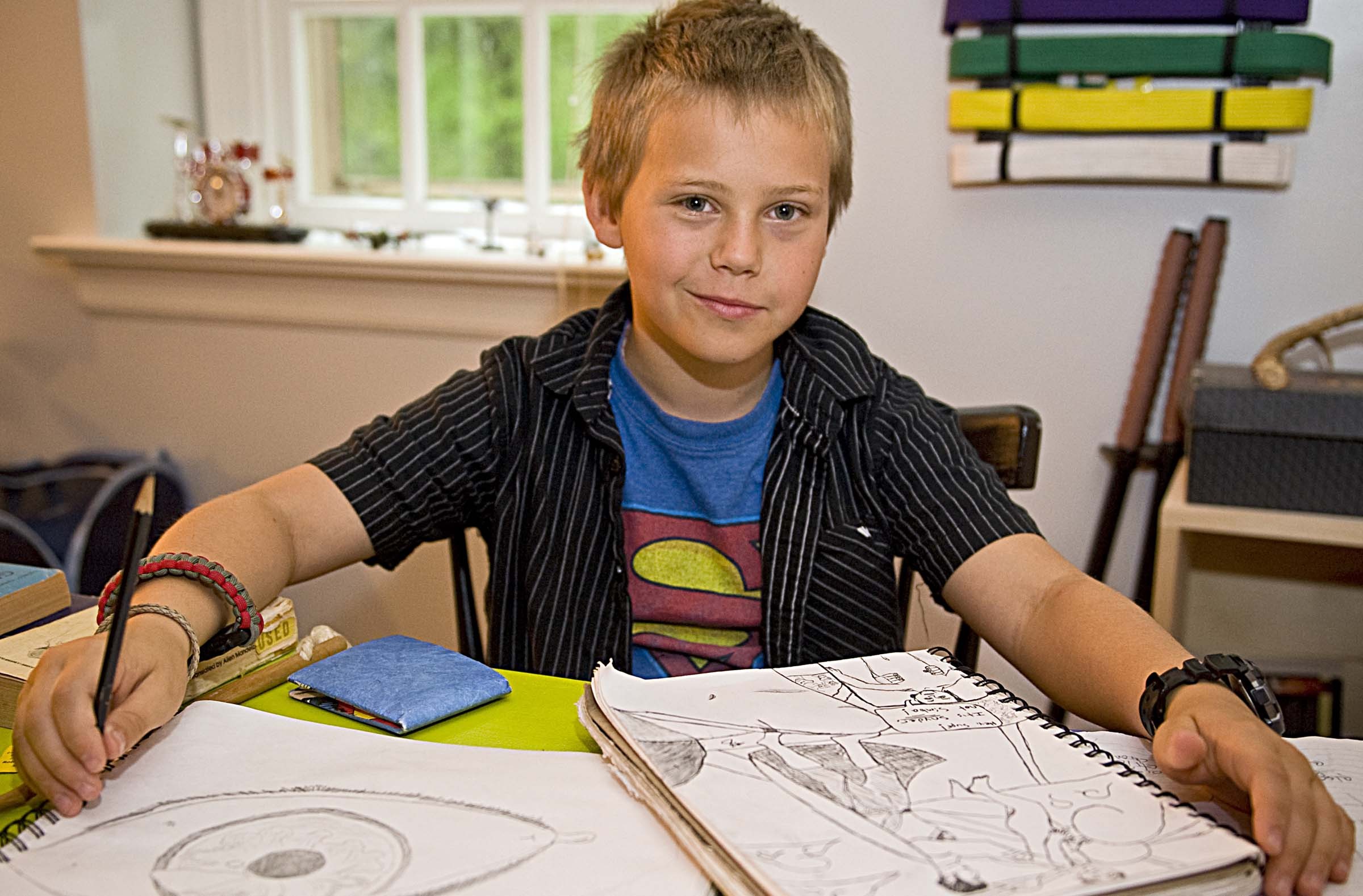 Superman flies faster than a speeding bullet. Time flies, too, but it also can seem to crawl. That's been the case for Robert Cooper Timberline, who was filmed in his role as the young Clark Kent in "Man of Steel" two full years ago. Since then, Timberline (who is credited as Cooper but goes by Robert) completed work on another big-budget movie, last fall's "Chasing Mavericks." But then he quit the business and returned to life as a normal sixth-grader. Well, at least what passes for normal at my house. You see, Robert is my son. Here's what he has to say about his experience:

Style: So what do you even remember about filming "Man of Steel"?

Timberline: There's a lot more people on a movie set then you'd think. There's caterers, assistant directors, just so many people. So I remember meeting a lot of people. One example was a costume person. We kind of randomly bonded because we both liked the [Pittsburgh] Steelers. And she ended up giving me a cool hat.

The work was really "in the moment." It's not like musical theater where you rehearse for hours and hours. Basically, they would give me a scene, me and mom would look it over and then they'd say, "OK, go!"

Did you have any specific inspiration for your performance as an American icon?

Anyone else, maybe someone in your personal life? [Pause, ahem.] Someone who is selfless and heroic and always there for you?

Maybe a couple of my teachers at Seven Hills [School]. They're really cool.

OK, moving on. … What are the pros and cons of being a child actor?

The main advantage is that people don't expect a lot out of you because I think a lot of child actors kind of [holds nose]. So when you are actually talented, they're like, "Wow, good job!" The main disadvantage? There are certain people who talk to kids like puppies and are pretty condescending. I mean, there are some great people too, like ["Man of Steel" director] Zack Snyder. He's very real and he doesn't talk to a kid like a puppy.

Why don't you want to be an actor anymore?

Film acting, I love. And if I didn't feel I was talented in any other way, I'd do that all the time. But I don't feel like I'm going to be an actor when I'm old enough to have a job. So why do something that's fun but isn't going to benefit you in the long run?

But if you were a rich and famous film actor, you could buy me a house.

Well, that's not going to happen.

Robert Timberline will sign autographs at Regal Commonwealth 20 in conjunction with the opening of "Man of Steel" on Friday, June 14, from 6:30-9 p.m. and Saturday, June 15, between noon and 2:30 p.m.