Critics eat out — a lot. Often, they’re checking out a restaurant for a review, usually visiting twice for dinner and once for lunch. When they’re on the job, Style picks up the tab. But where do critics go when they aren’t paid to eat? Here are a few of the places that keep luring them back.

Garnett’s Cafe: Whenever I roll the dice in my head for the perfect place to spend an hour or two over anything from a cup of coffee and a slice of pie, to a bowl of soup and a sandwich, to a glass of wine and an entrée — by myself, or with my family and friends — they land on Garnett’s. — Elliott Shaffner

Perly’s Restaurant and Delicatessen: It’s pulled off a hat trick, somehow staying true to the spirit of the old Perly’s while updating it into the 21st century, both in looks and food. Egg salad is still there, but it’s now alongside duck pirogi and a schmear of chopped chicken liver on anything. — Karen Newton

If you haven’t been to the new Perly’s, you’re missing out on the successful re-invention of a classic. — Matthew Freeman

Pomegranate: There are popular hits and there are great albums. Pomegranate is the latter. Good ingredients, interesting preparations, great tasting across the board and all the way through. — Rachel Machacek 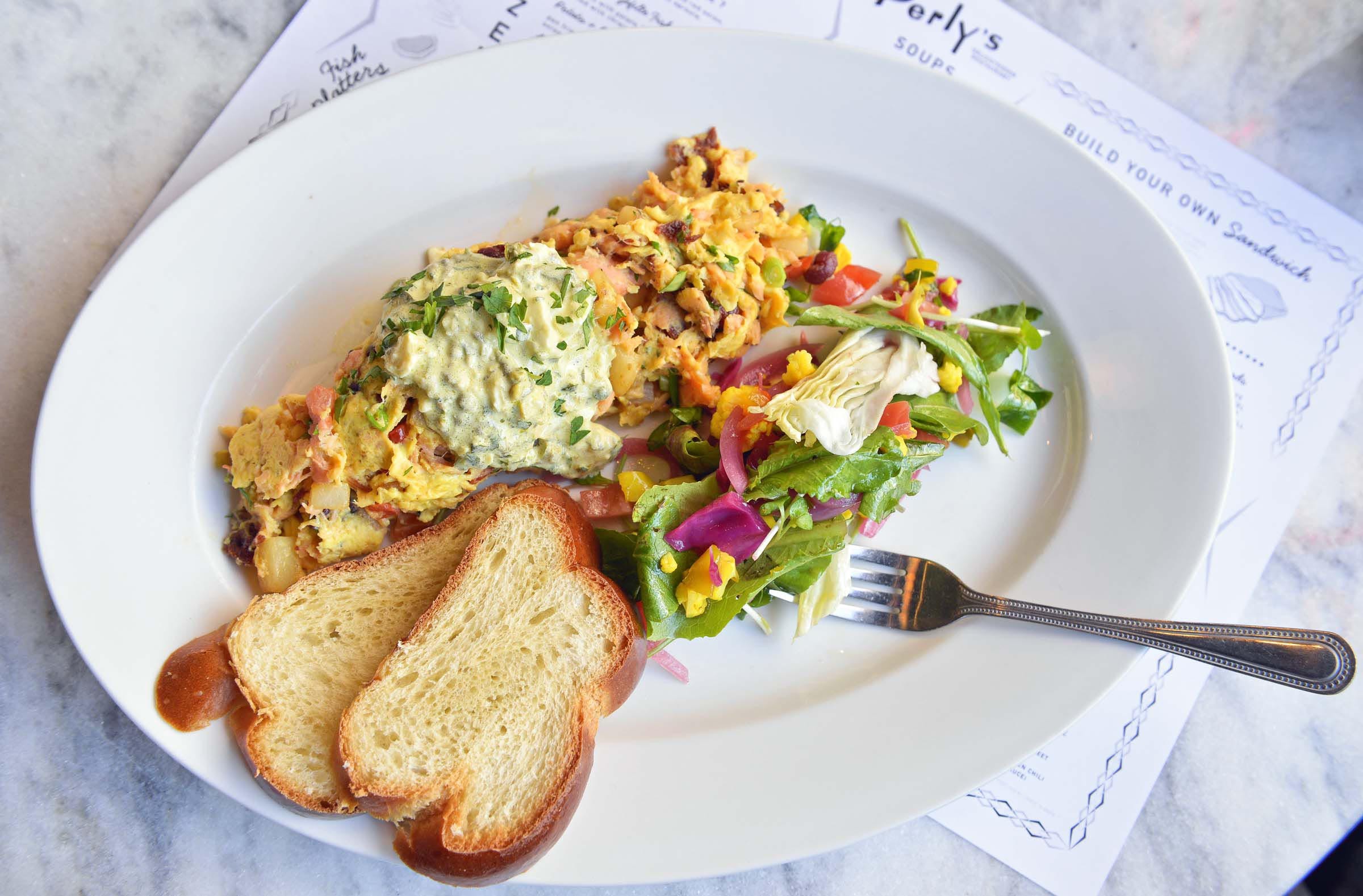 Matthew Freeman has worked in restaurants, but his real food education comes from his travels to five continents, 47 states and eight Canadian provinces, always in search of new food to try. He prefers a hole-in-the-wall serving authentic international food to fine dining with linens and crystal. He’s happy that the Richmond dining scene continues to embrace seasonal and local products while pushing the boundaries of what Southern food can be.

Rachel Machacek goes to bed thinking about breakfast, considers dinner possibilities all day long and can’t write a single thing before rifling through the fridge first. She wrote about the Washington food scene before moving south a few years ago. And while she hates to compare, Richmond might just be winning. She brakes for tacos and food carts.

Robey Martin grew up in a restaurant family and is a former server. She reviewed restaurants at Style for six years and has been writing about food for more than 10. She thinks Richmond is one of the better places to eat in the nation and will argue the point. When she isn’t eating, she’s thinking about it. She’s happiest with a good Sazerac or cup of coffee, a briny raw oyster or hand-cut french fries — all stellar examples of which can be found in the capital city.

Karen Newton realized at a fork-tender age that the most beautiful words in the English language are breakfast is served, lunch is served and dinner is served. Growing up, she learned from her parents that the pig is a magical beast, meaning there was always a ham in the refrigerator. She’s a card-carrying member of the clean plate club.

Elliott Shaffner’s interest in food is an obsession — what she consumes, consumes her. She considers it a great privilege to have grown up in Richmond with parents and family serving up all manner of sensational Southern cuisine. Elliott is a contributor to various publications and dishes up stories and recipes using local bounty on her blog, F for Food.