A Petersburg native sings about his own life — becoming an R&B star. 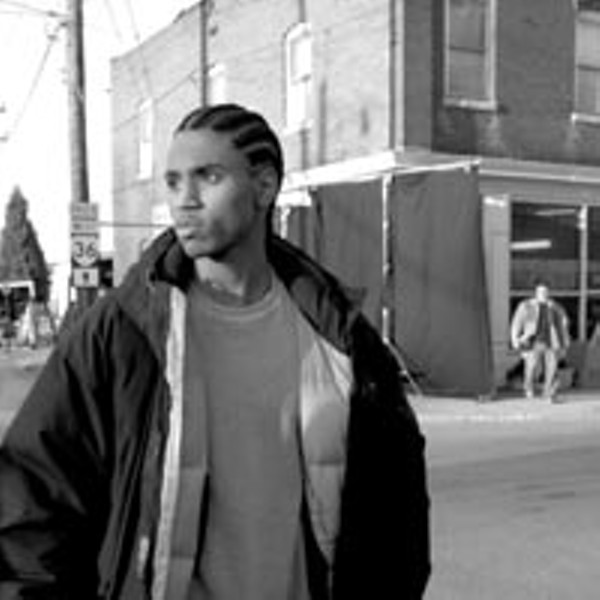 Songz' debut album, "I Gotta Make It," a journal of endless dreams and loves, is due to drop July 26. Similar to the work of artists like R. Kelly and Pharrell, it could be called hip-hop soul. The lead single, "Gotta Make It," features the famous rapper and fellow Atlantic artist Twista. If the CD cover appears, like most in the urban genre these days, as a simple portrait of the artist, potential fans will find a rather sly-looking, handsome young man. But what says R&B star? The work speaks for itself, says Mike Caren, senior vice president of A&R at Atlantic.

"Trey is a workaholic," says Caren, who at 27 (perhaps showing the business is a young person's game) is already a nine-year Atlantic veteran with seven gold and platinum acts under his belt. When the two met, before Songz was signed in 2003, Caren was surprised to find that he had not only a good prospective vocalist before him, but also one who wrote his own songs. A lot of them.

"He gave me twenty-something songs right off the bat," Caren recalls. "He had such perspective. Here was this eighteen-year-old kid writing intelligently about his life through his own eyes. I find so little R&B is written by the artist. Usually you find the R&B artist singing songs written by 35-year-old men."

Songz has also written and worked on music for other artists as diverse as Patti LaBelle, Juvenile and Snoop Dogg. Caren calls him Atlantic's "future star. People compare him to R. Kelly because he's one of our brightest performers."

The R. Kelly comparison is no accident. The infamous crooner is a holy hero to Songz, so much so that he cites Kelly as both his most influential performer and the one he would refuse to work with, at least at this point in his career. "He might outshine what Trey is doing," Songz says with a gentle laugh. The singer wisely feels he needs to build his career to a comparable level first.

He's built it considerably already. Songz grew up in Petersburg with his mother and a pious grandmother, who dragged him to church on Sundays to listen to her sing in the gospel choir. Songz attended Petersburg High School. Though he was more interested in rap at the time, his mother and friends pushed him to sing in local talent shows — 20 altogether — all of which he won.

Songz realized that his talents might bring even greater fame when he met Troy Taylor, a well-known producer in music circles who eventually became his mentor and producer and helped get him with Atlantic. Whether Taylor is to thank or not, Songz has developed a careful balance of playful artistic energy and business sense. "In the all and all," he might quote you in a mocking, affected tone, "it is a business, baby." But then it's immediately back to earth: Songz' current interests in his own growth, outside the release and promotion of his forthcoming album, include guitar lessons, acting classes and tryouts for select film roles.

As the local rapper Skillz did two years ago in Whitcomb Court, Songz decided to shoot the video for "Gotta Make It" in Petersburg. "My city made me who I am," he says. "Petersburg is my core." So what happens if he doesn't make it? Back to the drawing board or back to Petersburg? Though he gives the obligatory "I'm going to keep making music," a few seconds later the truth comes out. Deep down he feels the question is irrelevant and inconsequential, basically not worth considering: "I ain't even going to say." For Songz, it's a done deal. Making it is required by his soul. S