Helen's new 27-year-old chef is cooking beyond his years. 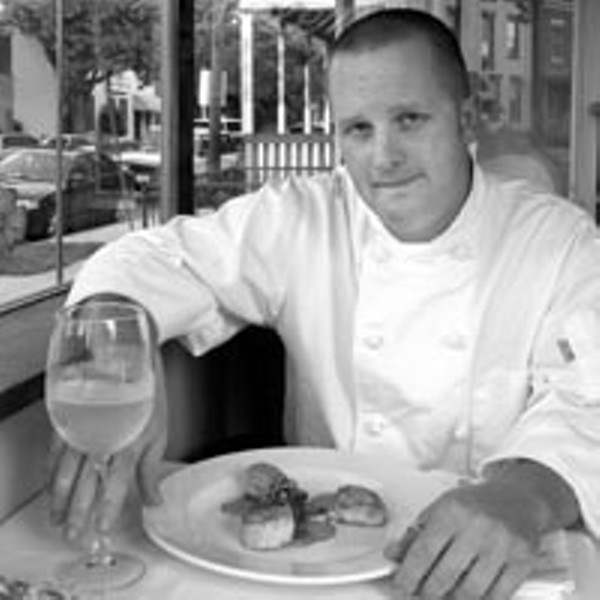 And now there's a new kid running the show. Executive Chef Owen Lane, 27, formerly of Ashland's Ironhorse Restaurant, has taken over the reigns and created a menu he describes as American contemporary. Helen's past offerings have had more of a fusion slant, as in the famed Tunisian-inspired cinnamon roasted chicken with harissa sauce (as mentioned in Bon Appetit magazine). Lane's menu reflects an understated sensibility with emphasis on locally grown produce, fresh seafood and meats harmoniously presented. And like Lane's menu, the dining room is also getting a bit of a facelift. Helen's is in the process of creating a more '50s-style kitsch look, so watch for new paint and revamped décor.

Yet the cuisine is what truly shines. Seasonal ingredients abound, as in an amberjack filet served with grilled peaches and leeks over microgreens. Accented with balsamic vinegar, the sweetness of the peaches balances perfectly with the pungent fish. In addition, a fresh mozzarella, basil and tomato salad puts those Hanover tomatoes to good use. Drizzled with extra virgin olive oil, the dish was cool and simple. Grilled scallops over fresh, thinly sliced beets are pan-seared on the outside and barely warm on the inside — just as a skillfully prepared scallop should be.

Daily soups are seasonally tailored. A green tomatillo gazpacho has just a hint of garlic and sherry vinegar and makes a great dipping sauce for the accompanying homemade artisan-styled bread. Simple and classically presented, the dish reflects Lane's carefree "whatever I feel like doing, I just go for it" mentality.

Hints of Northern Italy also make appearances with a gorgonzola, pancetta and grilled red onion galette appetizer. Salty pancetta ham chunks and melted gorgonzola cheese rest in puff pastry and are topped with slow-cooked red onions. A grilled red snapper entree is served with hand-rolled gnocchi and drizzled with basil oil and more grilled onions. Presentation and texture are highlighted, as many dishes are accented with homemade oils and whole fresh herbs.

Prices are moderate overall, ranging from $16 to $24 for entrees and $6 on up for appetizers. The wine list is reasonable with many bottles in the $20 range. Wines by the glass are also available, as are Champagne cocktails.

Desserts, as always, are listed on a rotating chalkboard menu. They include a homemade blackberry cobbler, created from one of Lane's family recipes. Freshly picked blackberries from the Ashland farmer's market are topped with crispy pastry and melting vanilla ice cream, making for the most summery of sweets.

As a young chef, Lane's 10 years of restaurant experience are certainly being put to the test. Following other well-known local chefs who have served in his position — such as David Shannon, who left to start Dogwood Grille and Spirits — Lane has quite a bit to live up to. And so far, so good. Lane's talent for creating exquisitely prepared food makes him indistinguishable from most seasoned professionals. And that ain't half bad for a new kid. S