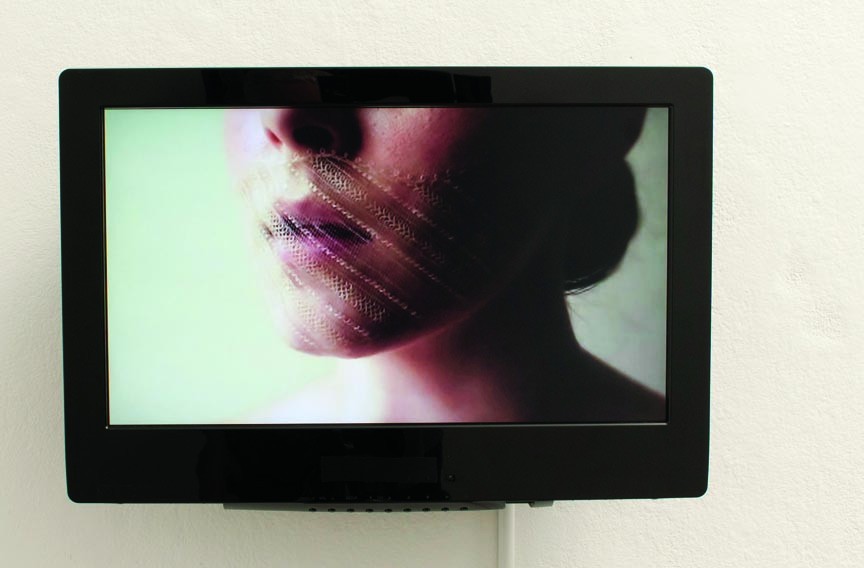 This time of year the eyes tend to glaze over from student exhibitions across town. But these showcases are important. They exhibit what the art programs are begetting, find emerging voices and manifest the students' years of focus into a digestible conclusion.

Melissa Athey's "Goedesique Studies" is a series of freestanding tabletop sculptures, akin to rock formations cut out of the earth and broken open, colorful as gemstones or coral. They are in fact cast glass and found objects, which upon closer scrutiny are identifiable as pharmaceuticals. White tablets and empty gelatin capsules form clusters at the center of the "rocks." The gallery suggests a hint of humor in the work, but it's a melancholy humor if that. Some association between money-grubbing pill culture and long-evolved geological duration points to paradox. On one hand, there's the naturalness of all materials, and on the other, the sci-fi supposition that pharmaceuticals will remain when we're long gone.

Andrew Meerow's "Some Examples of Displacement" is a series of acrylic works on canvas, large-scale paintings that use printmaking technique while referring to the legacy of modern abstraction still fawned over in 2012. The black and white, circle and square simplicity is primordially refreshing. Jung believed in a collective unconscious and these paintings exude the universal simplicity of geometry, void, light, dark, the absence of color (black), the convergence of color (white).

April Dauscha claims an obsession with reconciliation, penance and transformation, which is evident both in her processes and final objects. Each intricate piece of lace used in her work is handmade by the artist in a "repetitive and penitential process of stitching" that can take as long as 12 hours at a time.

"Extreme Unction" is a portable altarlike installation with black velvet interior and a mirror at face height. A glass carafe of water, a piece of white muslin and a bowl sit on the shelf. Small lace ornaments hang from the walnut cabinet doors and correspond to elements of the face: the chin, forehead, eyes, ears and so on. Dauscha calls them veils. The space proffers a sense of cleansing, of seeing oneself clearly, both spiritually and within the perpetuated notion of female vanity.

Her video, "Act of Contrition," takes the alter into action as she dips the lace chin veil into water, places it over the lower portion of her face and mouth, and then recites silent prayers until the veil falls from her face.

Dauscha's work nudges open the possibilities for art in a culture often lacking sophisticated discussion of lightness, faith and devotion. The self-projection that happens on Facebook and reality television isn't the same as true self-reflection. Dauscha reminds us that recognizing our personas isn't the same as knowing ourselves. S