Yo-ing All the Way to the Top

YouTube falls in love with a Richmond yo-yo star. 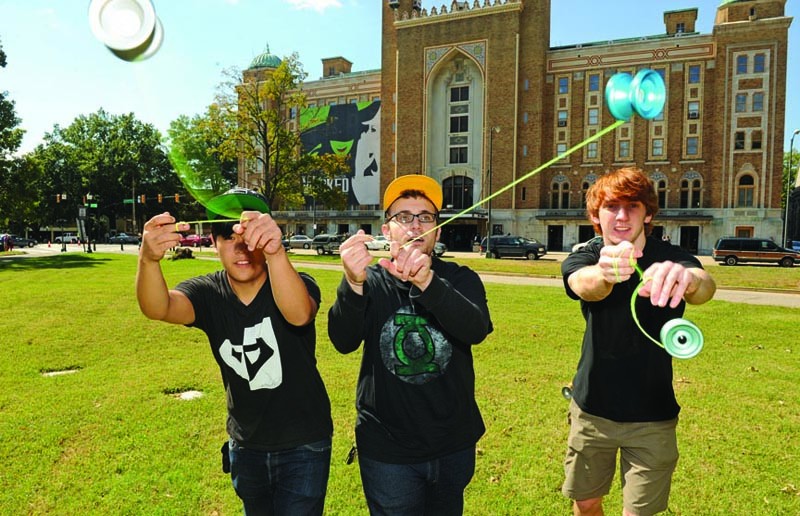 Normally, winning a gold medal in the National Yo-Yo Contest — as Samm Scott did Oct. 1 — brings little celebrity outside of competitive yo-yo circles.

But when Scott’s roommate put the video of his winning three-minute routine on cool-stuff aggregator website Reddit, it made the coveted front page. And then it blew up, drawing more than 110,000 views on YouTube.

We’re not talking “Walk the Dog” here. In Scott’s hands, the aluminum yo-yo and the casino-die counterweight on the other end of the string whiz around in increasingly intricate patterns, all to the beat of hip-hop group Chiddy Bang.

What does it take to become a yo-yo champion? Time, patience and concentration. The best spend hours practicing each day until the routines become second nature. “It’s muscle memory,” Scott says.

“Are those Duncans?” asks a man walking his dog, seeing Scott doing a routine in Monroe Park. “That is so old-school.”

Not really. There was a revolution in the yo-yo world about 10 years ago, Scott explains, with the introduction of high-performance yo-yos with super-long spin times. Suddenly, yo-yoists could create tricks and routines that had never been seen. “There’s like, no limit to what we can do,” says Gee Cheung, another competitive yo-yoist who, like Scott, is a Virginia Commonwealth University student.

There are five categories of freestyle yo-yo competition, differentiated by how many yo-yos are used (one or two), what the string is attached to (yo-yo or finger) and what technique the tricks are based on (looping or sleeper).

Scott, 22, took first place in the 5-A category, in which a plastic die is attached to the end of the string. He placed third in his category at the world championships in August.

Richmond, unbeknownst to most, is home to an unusually large number of competitive yo-yoists — probably eight great ones, Scott says. His fellow VCU students Alex Curfman, 20, and Cheung, 19, also entered the nationals, held in Chico, Calif. Last year College of William and Mary student Sebastian Brock won gold. Only about 100 yo-yoists nationwide make it to the national contest after qualifying in nine regional competitions.

The VCU yo-yoists all picked up the sport by chance. They soon found a place in the collegial yo-yo community, whose members like nothing better than sharing and showing off. One famous routine is called the Brent Stole, after a yo-yoist who copied it from a competitor and immediately performed the routine on stage.

For Scott, it’s a meditation, he says: “It’s a way for me to escape the real world.”