Xavier’s School for the Gifted 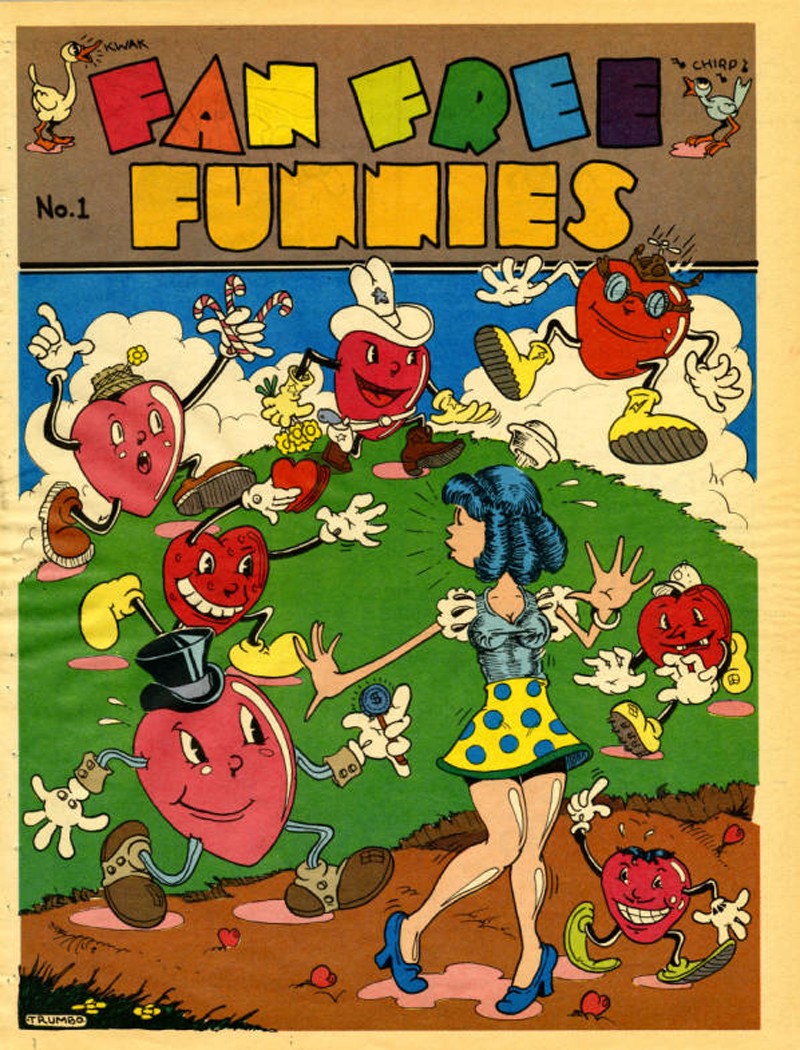 Even before Virginia Commonwealth University became a comic book Mecca, it had a strong showing in the illustrated world. In 1973 VCU’s student newspaper, The Commonwealth Times, put out three issues of a black-and-white tabloid entitled Fan Free Funnies.

These counterculture comics, edited by future Style Senior Contributing Editor Edwin Slipek, offered university art students and Fan District residents a chance to show their stuff. Student Charles Vess, who published in the funny paper, went on to work for DC, Marvel, Dark Horse and Epic, and has won awards for his collaborations with “Sandman” author Neil Gaiman.

Another notable name to come from the funnies is Phil Trumbo, who’s worked as an animation director for children’s television. Trumbo worked on Nickelodeon’s “Doug” and won an Emmy for his direction of the introduction to “Pee-Wee’s Playhouse.”

The Commonwealth Times had another spin-off publication that gave artists an outlet. ThroTTle, founded in 1981, devoted pages of every issue to comics.

“There were so many good VCU artists back then,” says ThroTTle co-founder and Style contributor Dale Brumfield. One artist for ThroTTle named Kaz works as a storyboard artist and director for animated projects such as “SpongeBob SquarePants,” “Corpse Bride” and “Phineas and Ferb.” Peter Bagge, writer and artist of autobiographical works like “Hate” and “Neat Stuff” also contributed.

But Brumfield recalls turning down one of the most well-known names in cartooning.

“I sent them back. I thought they were dumb,” he says of the rejected comics. “They looked like they were done by a seventh-grader.” That seventh-grader happened to be Matt Groening, creator of “The Simpsons” and “Futurama.”

“I guess that was my brush with fame — turning down Matt Groening,” Brumfield says, laughing.

Though ThroTTle stopped publishing in 1999, Brumfield has started a blog to commemorate the 30th anniversary of its launching at throttlemag30.blogspot.com.

From 1997 to 2003 Pete Humes helmed Punchline, a weekly publication that featured comic strips and colorful original covers by local artists. Humes went on to edit the now-defunct Brick, and currently contributes to Richmond Magazine. Other comic notables affiliated with VCU include former student Rob G. and alumnus Rick Spears. Together they created the graphic novel “Teenagers From Mars,” a love story about bored teenage vandals and grave robbers. Spears also is known for working on the comic series, “The Pirates of Coney Island.”

Mark Waid, a comic scripter, attended VCU for three years. Waid wrote “The Flash” for eight years and “Kingdom Come,” a series pitting older-style superheroes such as Superman and Wonder Woman against vigilante heroes. The late penciler Mike Wieringo graduated in 1991, and started his career collaborating with Waid on “The Flash.” Wieringo went on to pencil “Friendly Neighborhood Spiderman” before his death in 2007.