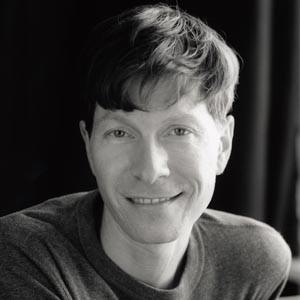 If you'd found him in the middle of writing “Mathilda Savitch,” you might think you'd stumbled into the room of a schizophrenic, Victor Lodato says. “Sometimes I had to put signs or maps over my head — words, sentences,” he says. “I can feel in my body everything that's happened already in a play, but the logic doesn't always make sense here in the novel.”

Lodato is an award-winning poet, playwright, Guggenheim and National Endowment for the Arts fellow who found novel writing to be an entirely different beast — one that took him six years to master. That was because the cheeky, darkly lyrical voice of a 13-year-old girl, taking the world apart and putting it back together after the death of her sister in a post-9/11 world, refused to be contained in a monologue.

“The idea of spending six years on something sounds loony,” he says. “Allowing yourself that much time to work on something when you don't know what its fate is going to be in the world is scary.” So far the fate of “Mathilda Savitch” — published by Farrar, Straus and Giroux in 2009 — has been not only to win Virginia Commonwealth University's ninth annual First Novelist Award, but also to attract national acclaim and international publication in 11 countries.

“I just couldn't get her out of my head, which is what keeps me writing more than any idea or situation,” Lodato says. “She came to me as a girl and I chose not to censor her. Some writers write best when they write about themselves, but for me it's the opposite. It helps me to put myself in a position completely outside of myself. I find that fertile territory.”

Mathilda — outrageous and brave with a searing interior world that burns through her life and compels her readers to burn through her pages — has been compared with a familiar anti-hero. “Whenever there's a teenage character who's a little sarcastic and on the outside of things, they always resort to calling them Holden Caulfield,” Lodato says. “Of course I'm complimented, but I think it becomes a clichAc after a while.”
Lodato, 41, divides his time between Tucson, Ariz., New York City and Ashland, Ore. He was raised in Hoboken, N.J., and graduated with a major in theater and minors in psychology and microbiology from Rutgers University. Calling himself an unschooled writer, he skipped a full scholarship to graduate school in favor of hiding out in Arizona to find his voice. “I think I mostly stay out in boring Arizona because I have less distractions. It's a little dull out here,” he says. “I don't know how my writer colleagues in New York do it. They must be stronger than me.”

Someone else Lodato thinks is stronger than him? Mathilda Savitch. “Fiction is active wish fulfillment,” he says. “I wish I was that bold as a child.”

Victor Lodato will participate in a question session from 2-3:30 p.m. in Virginia Commonwealth University's Cabell Library, fourth floor on Nov. 4, followed by a panel discussion at the Singleton Center for the Performing Arts at 7 p.m. Information at http://tinyurl.com/Lodato300.