The James River Writers Conference takes over the Library of Virginia. 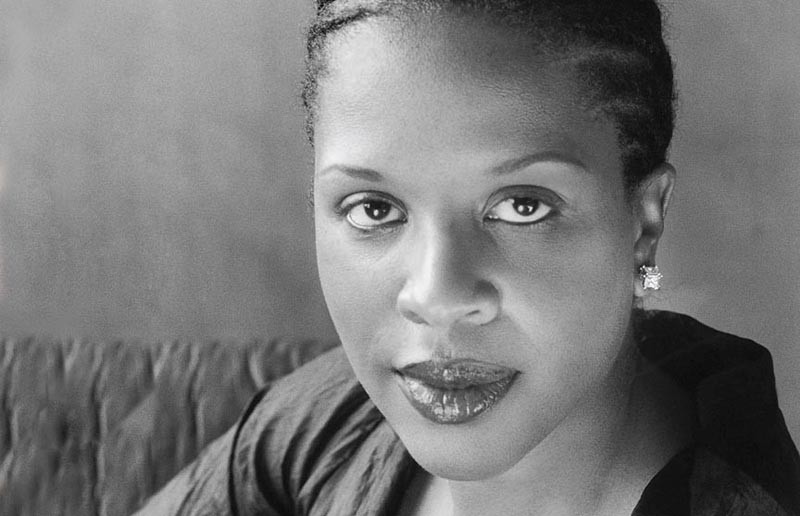 If the James River Writers Conference were a sandwich, it might be some sort of fusion po' boy found in a dive but lauded by the finest foodies in the nation.

Held at the Library of Virginia, the ninth annual conference is scheduled to serve up more than 50 national and local authors, agents and editors, such as New York Times bestseller and Virginia native Robert Goolrick and literary agent Michelle Brower. In addition to panels on topics geared to inform and inspire writers of all genres and levels, one-on-one sessions with agents are available.

Included in the line-up is literary darling Tayari Jones. A Radcliffe Institute fellow at Harvard University, she's researching her fourth novel and typing it old-school on a pale pink Smith Corona from the 1950s. Her first novel, "Leaving Atlanta," was published in 2005 and received numerous awards. "Silver Sparrow," her third and latest book, generated coverage in O magazine, Vogue, and a spot on NPR's "All Things Considered."

"When I started writing, I'd never heard of 'All Things Considered,'" Jones says. "Part of my goal in writing now is to get back to that innocent place I was in when I wrote my first book. I was accountable only to the page. I feel I wrote a book with a really pure heart."

It's an accountability that Jones strives to maintain. Despite her impressive writing pedigree, Jones experienced heartbreak after writing the first 100 pages of "Silver Sparrow," she says: "It was basically rejected all over town."

"You would have thought I'd invented unhappiness," she says of the experience. "Oh, I cried." She finished the book anyway. She says the ordeal, although she wouldn't wish it on anyone, was a blessing. "Once again, I had a pure heart," she says, "because I didn't consider the market because it had already been rejected by the market."

A chance encounter with famous author Judy Blume, someone Jones now labels her fairy godmother, led to an agent at Algonquin, which published the book.

In addition to participating in the writers' conference, Jones will give a free, public reading and sign books in Virginia Commonwealth University student commons Richmond salons the night of Oct. 7.

Mike Albo — author, performer and former bisexual Santeria priest on the comedic New York City telenovela, "Rosa Negra" — will appear on several panels and do a warm-up at the conference. Albo, author of the cult favorite "The Underminer," first got published by inspired faxing. "River Phoenix had just died," Albo says, "and I was sort of upset about that because he's super hot, basically." He stayed up all night and wrote a piece he describes as "emotional" and at work the next morning surreptitiously faxed it to different papers. The editor of The Village Voice picked it out of the slush pile and published it.

Albo's most recent venture, "The Junket," is a novella available on Kindle. He calls the fictional yet autobiographical account of a freelance writer also named Mike Albo "reality-show literature." The real Mike Albo ended up getting fired from his popular column for The New York Times for accepting a junket to Jamaica. The experience, although horrible, made good fodder for his trademark cultural commentary. "I just have satire in my soul, or something," he says. "I've been making fun of things and our culture ever since I can remember."

At Pitchapalooza, conference attendees will pitch their books for 60 seconds to book doctors David Henry Sterry and Arielle Eckstut. "Then," Sterry says, "we [will] critique the pitch in a gentler kinder way. ... We are the 'American Idol' for books, without the Simon. No one is going to make fun of your hair or ask you who dressed you this morning or call you stupid. Our goal is really to help people get published."

Sterry, author of 12 books including "The Essential Guide to Getting your Book Published," is a former Hollywood actor and screenwriter. The hours spent in executive offices taught him the art of the pitch. "When someone asks what your book is about, that's your pitch," Sterry says. "The answer you give has to display how brilliant, entertaining, informative, funny, tragic, wild, serious ... whatever your book is. And if your pitch doesn't do that, and most pitches honestly don't, you have a really hard time getting a book deal."

The winner of Pitchapalooza will be linked with an agent or an editor — something that would satisfy the deepest hunger of any unpublished writer. S

The James River Writers Conference will be held Oct. 7-8, with workshops Oct. 6. Register at Jamesriverwriters.org. For the Tayari Jones literary evening, call 828-0593.