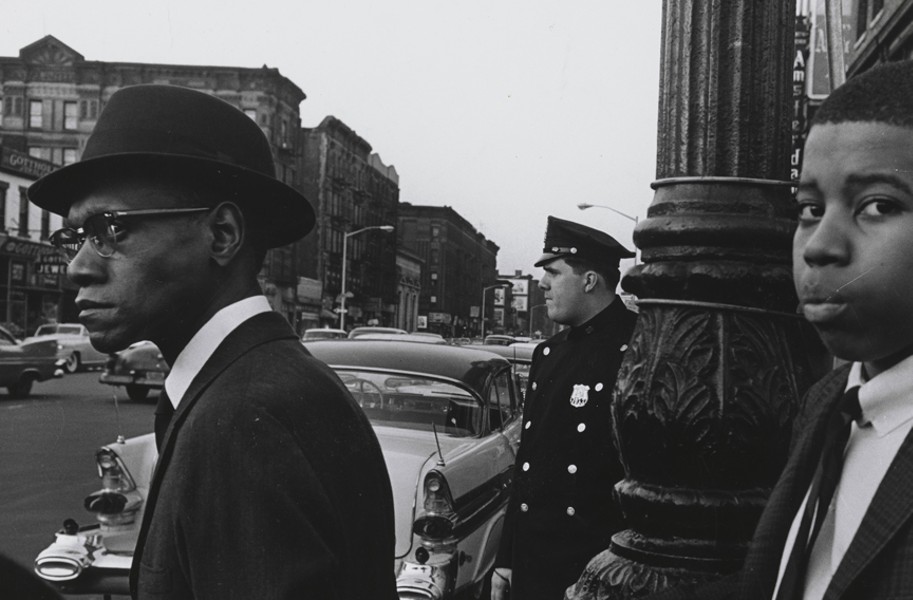 When a group of young black photographers formed the Kamoinge Workshop in 1963, their goal was to use their work to address the state of black lives and the growing civil rights movement. It was an era when mainstream publications didn't support black photographers, so the collective banded together to offer each other feedback and encouragement.

Kamoinge means "a group of people acting together" in Kenya's Kikuyu language.

With a goal of focusing their cameras on the communities in which they lived, the Kamoinge members engaged in street photography and abstraction, while also photographing notable figures they encountered such as Miles Davis, Sun Ra and Malcolm X. They were the driving force behind the Black Photographers Annual, a seminal publication featuring the work of myriad black photographers, issues of which are on view at the Virginia Museum of Fine Arts through May.

Among the group was Louis Draper, a native Richmonder, whose photographic archive was donated to the museum by his sister, Nell Draper Winston, in 2015. Associate curator of modern and contemporary art Sarah Eckhardt recalls being amazed by the complexity of Draper's work, using the gift to take a deeper dive into the collective's output.

As a result, Eckhardt realized that any Draper exhibit would necessarily have to include other members of the collective because, from 1963 on, Draper's work had been in conversation with the other photographers. Soon she was on the lookout for their work, too.

"What I found was that each photograph had such incredible vision. They were so compelling," she says. "It only made sense for us to start collecting more works for the museum from the Kamoinge Collective." At the time, few museums were acquiring such photographs, although the Museum of Modern art and the Whitney Museum of American Art have since acquired a few pieces. The VMFA's Kamoinge collection currently stands at 146 pieces, the most complete of its kind.

In an effort to ensure that generations to come can experience those photographs, the museum has been awarded a 2018 Bank of America conservation project grant to support a yearlong effort to conserve, stabilize and digitize the 146 photographs. The aim of the project is to preserve culturally significant works of art from around the world and the museum was one of only 21 institutions to receive the grant this year.

Because the photographs now in the collection hadn't been owned by galleries or museums, many of them had spent years being stored in people's homes, often without climate control. Issues included rippling paper, worn edges, typical wear-and-tear according to Eckhardt, but all needed stabilization as well as to be matted and properly housed.

Most important, the project ensures that the work of Kamoinge Workshop artists can be included in future exhibits and studies of 20th-century photography. Digitizing allows the photographs to be introduced to a much larger audience, including visitors, educators, scholars and students. Given that part of the museum's 2015-2020 strategic plan includes increasing the number of works by African and African-American artists in its holdings, the museum still is acquiring more photographs from Kamoinge Workshop members.

Coming in January 2020 to the museum's Evans Court, will be "Working Together: Louis Draper and the Kamoinge Workshop," featuring photographs culled from the first 20 years of the collective's existence.

"I am thrilled because it's a huge accomplishment to have collected these works, which are important aesthetically and historically," Eckhardt says. "And now we're fortunate enough to have conservation take care of them all at once."

"Working Together: Louis Draper and the Kamoinge Workshop" opens January 2020, at the Virginia Museum of Fine Arts. The 2020 exhibition will be located in the Evans Court Gallery.