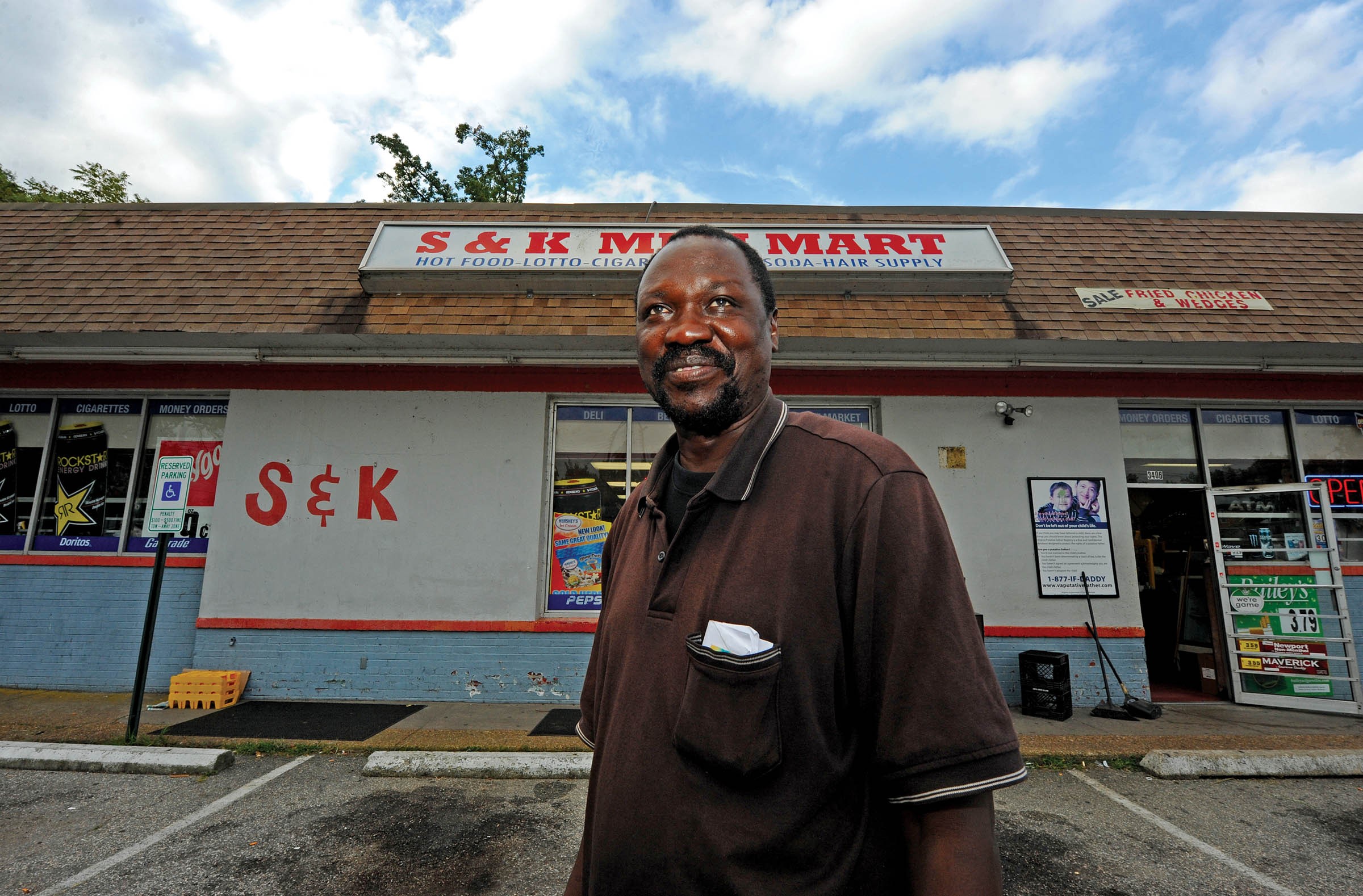 "I was born in Juba in southern Sudan. I lived there until about when I was 19. I used to work for an oil company — one of the subcontractors for Chevron. Chevron was drilling for oil in my country before the war started in the South in 1983. I was working as an administrator, mostly translating for employees who were Sudanese. I took English in school.

"The problem is that the people from the South have been — what can I say? — abandoned by the government and by development. So the conditions made me want to leave. Everyone in the South wanted to live a good life just like everyone does — that could participate in their government, have rights from their government and country.

"The first war was when I was 18. My father helped us escape through the bush to Uganda. I saw young kids dying on the street while we were escaping. They'd go to the houses and kill the young kids and burn the houses and the mothers would run around.

"In 1973 they reached some kind of agreement, autonomy in the South. That autonomy didn't last. So again in 1983, the war is started again. And that's when I had to find some way to leave the country [to New York and eventually Richmond]. I was working and sending money to help cousins and everybody until my father was arrested. He was arrested in Juba because he was too involved. He was recruiting people in the South to fight in the uprising against the North. He was eventually released and I had to help smuggle him out to Egypt. He resettled in Australia.

"When he was about to die, he told me that I have to go home and reclaim his plantation. When I was a kid, I knew this place. It's fertile land. It's like 80 miles east of the River Nile. We used to grow coffee and tea and cassava and bananas. It was big. I would not give estimation because I was a kid but when I used to go with the family, but it was a very big plantation.

"My father gave me all the documents and everything. He was very organized and kept lots of files with good notes. I'm going to go back one day and make my claim; will of God — if things are well settled there."