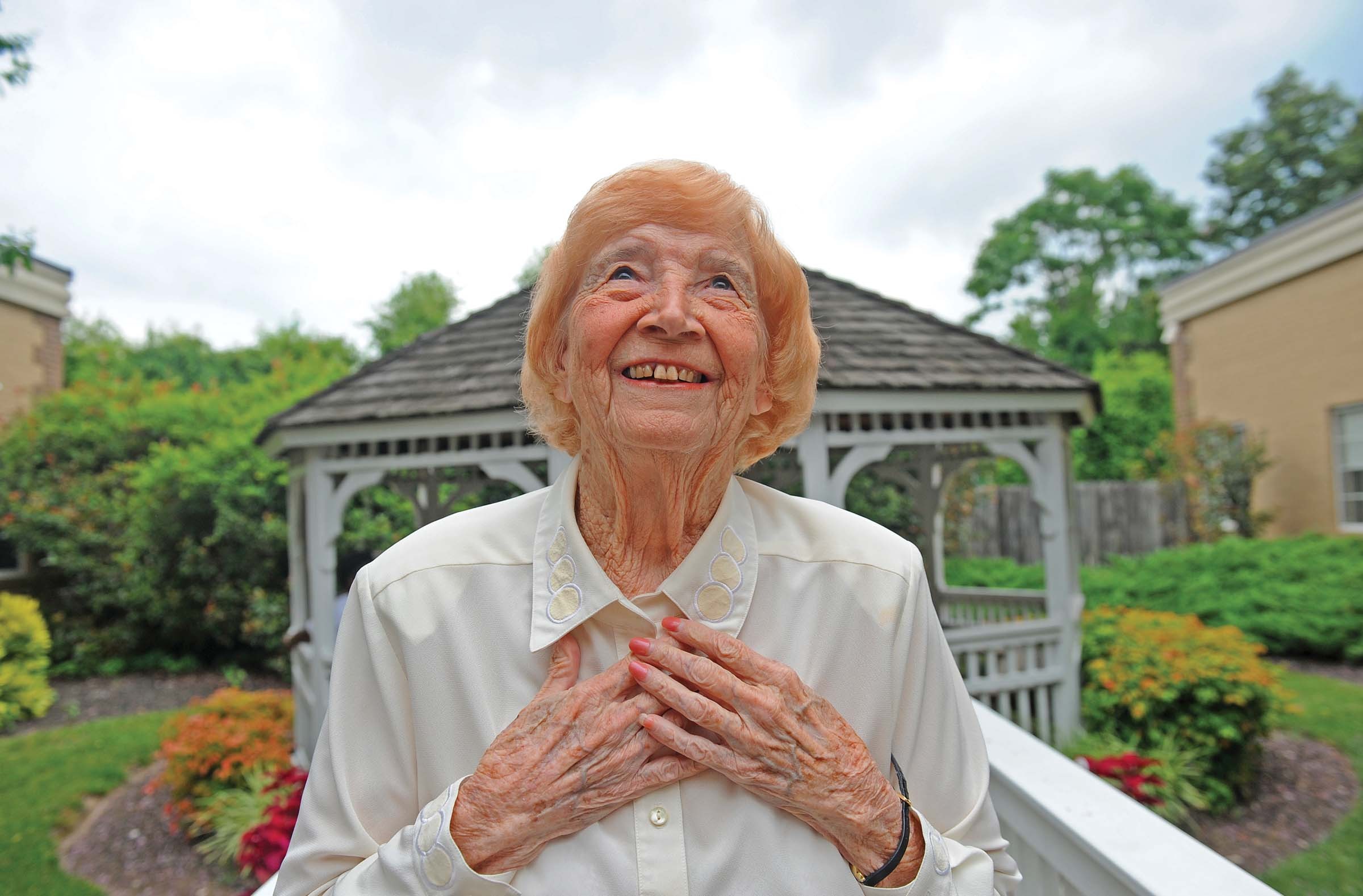 Helen Strasser says she's been a child of God since she was 5. She's been a Methodist, Baptist, Episcopalian and Anglican Catholic. On July 18, she received the rite of reception, including First Communion, into the Roman Catholic Church.

I was born across the street from a Methodist church. I've been going to church since I was this big. I could say the Lord's Prayer when I was 2. And all my life, I just loved communion. … I went away to seminary. I was there for three years and I was in evangelistic work. I was chosen to travel with a youth group — that was 12 of us and we performed every night, two years, 400 times. In Constitution Hall, Radio City.

Then I married and I had five sons. My husband had an alcohol problem. ... I took care of them for two years financially. I saw an ad in the paper for Britannica, and I got a job selling the Great Books of the Western World. ... I was the top salesman there in the United States one month. ... I thought, it's time for me to try to get a career. Allstate advertised that they were hiring women. So, I went and I got the job, and I was the first female insurance adjuster that Allstate ever hired [in Virginia]. So I worked there and I was very, very successful. ... My supervisor left and they hired somebody else to be my supervisor and informed me that I had to train him. I said: "I don't think so. You can take this job and shove it."

I went down [to Walter D. Moses Music on First Street] for a job working in the sheet music department. But when they found out my experience in sales, they said, "You go out there on the floor and sell pianos." We had no heat in the building and I went to work with a pantsuit on. It was a pant suit — it was matching pants. I mean, very professional. The owner didn't like it. And he said something to me about it because he thought women shouldn't wear pants. So I said: "Mr. Heindl, I have five children to support. We don't have any heat in this building, and I have to take care of my health." He said: "That's no concern of mine. Get your pocketbook and get out of here."

[In 1973, Strasser opened Burnette's for Music on Broad Street. When it closed, she got a job at Lawrence Dodge.] And so I was the first female car salesman in Richmond. And the men all laughed, "A piano salesman, selling cars!" My third month there, my commission check was $4,000. They didn't laugh anymore.

[After moving to Imperial Plaza, Strasser joined St. Alban's Anglican Parish.] And then Pope Francis came up on the scene and when I saw his hands out I said, "That's next to Jesus." He's a remarkable man. ... And then I started watching the Catholic channel on television, and going to Mass every morning at 8 o'clock on the TV. I loved it.

The reason I'm a Catholic is because God told me to be one. And because he told me, he's still got something for me to do. And I don't know what it is, but I know I'm going to do it. — as told to Melissa Scott Sinclair