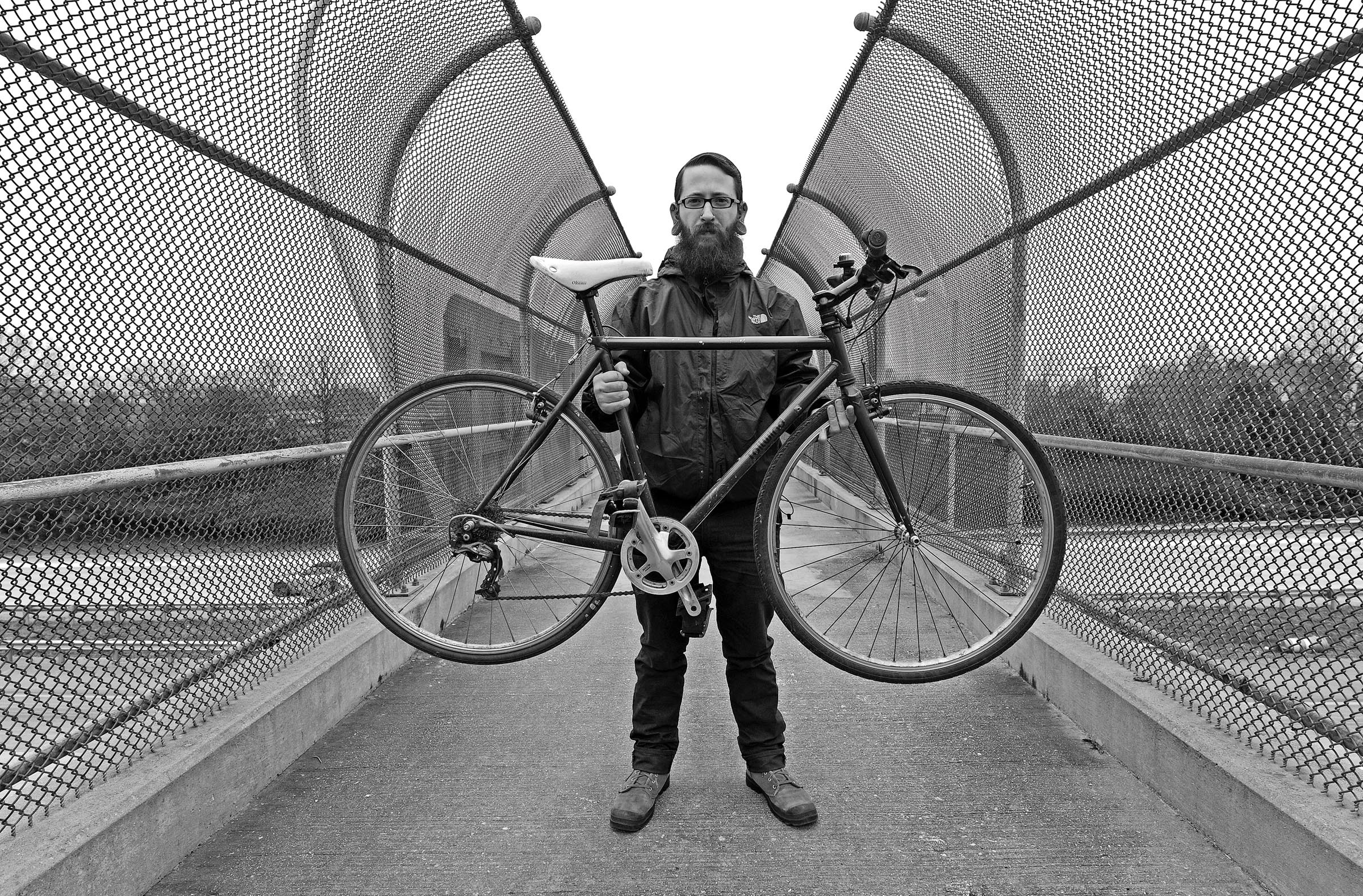 "The whole reason I got started is that I have a weird body type. I have very short legs, normal arms and a very long torso, so it was difficult for me to find a bike that fit properly. Somewhere along the way I ended up learning how to build bicycle frames.

"We're called Tailwind Bicycle Co. If you're riding on a really nice day, and the wind is at your back and you get a nice push, that's called a tail wind. We do a number of measurements just to make sure that the bike fits that person perfectly. We measure your inseam, your knees to your feet, the length of your arms, elbow to wrist, middle of chest to the ground, shoulders. We're trying to get an idea of a person's shape and what they're looking for.

"A friend of mine is very tall, he's six-four, and they don't make cross frames [for his body type]. We're making one for him. We're trying to make something more custom, but at the same time we're not doing carbon fiber, crazy luxurious stuff. It seems like a relatively simple concept, but it's very time consuming. It's not something a machine can do — it has to be done by hand. Right now, we're looking at $800 to $1,000, depending on what people are looking for. On the scale of custom bicycles that's relatively cheap.

"We've done a few frames. I'm also looking at custom bike racks. A company that I'm working with right now is called Quickness RVA. They're a bicycle delivery company in the city. We're looking at making some custom racks for them so they can deliver food. We're also looking at building parking racks for a few local restaurants. I'm working for Mint right now, which is a restaurant in the Fan. They want to create an incentive for their employees to ride and also encourage cyclists and people who want to ride there. We're actually going to build a rack that resembles a mint plant, so we'll have a nice, usable piece of art.

"Eventually I'd like to move this into a warehouse or something a little bit larger, because right now it's a very small company. I'd like to eventually have everything from handle frames to racks, just the whole gamut. The cycling community has done a lot for me. I kind of want to put my hat out there and give people some really nice frames." -- James Ginnell