A lot of it is hidden. And in some places you go, it's open. Being mixed-heritage is really hard, because neither side wants to accept that you were part of that community. ... It's just been that way my entire life. I've had to go through racist comments, racist, you know, the way people are.

Living where I was living, in New Orleans, which is way past South, it was really hard. You've got the black power thing going on and you've got the white supremacy thing going on, and civil rights, and I'm caught in the middle of it. I'm just a kid, and I don't understand any of it. The Civil War is really a sore subject because of that, because I've had to live through it. It would be different if I was just standing in the background, looking at it.

It still has a big influence on the culture. I've lived in the metro my whole life. It's still present. It's not, like — it doesn't make a huge difference.

I haven't seen anyone shooting at anyone with muskets lately. Not since I was about four. There's definitely still a bit of a clash of cultures. ... More out toward the more rural areas of the metro, I'd say it's more prevalent.

In terms of opportunity and quality of citizenship, I think [the war is] no more alive here than any other place. And probably because we're so hypersensitive to it, in some ways many people have a higher consciousness of the importance of moving beyond it. I think we are more active and more aware because it happened here, and we're responsible.

Self-conscious. I think we're self-conscious about it, as we should be. It's hard to avoid something that happened right here, among our own grandparents and great-grandparents. So we have to honor the whole process. Never, ever forget. 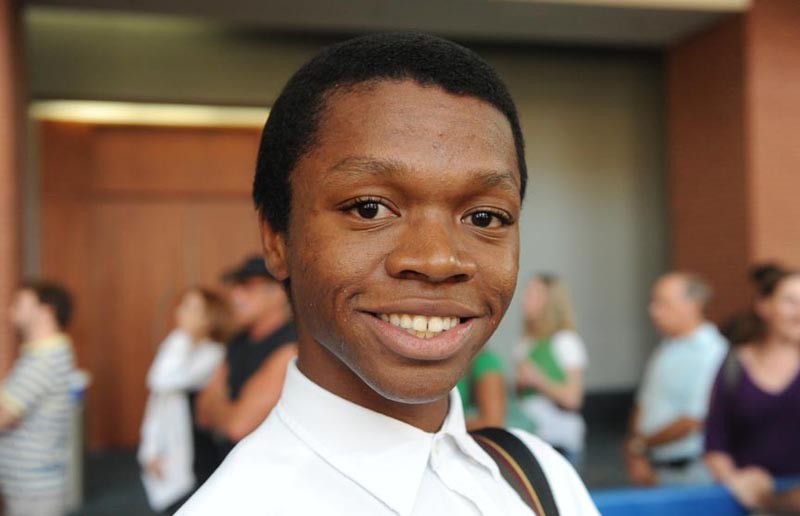 If the Civil War is relevant anywhere, it's most definitely relevant in Virginia. You cannot go to any city in this state without being steeped in history. ... And the most important thing about history, the reason we need to know history, is of course if we don't learn it, we're doomed to repeat it.

Some people say we're on the brink of another Civil War, with the great divide between the classes. The middle class is disappearing. The upper class is already very small, and the low class, they're being left behind. And it's terrible to see. Kids like me, we're coming out of college. We can't get jobs. ... And people are getting angry. The South seceded because they felt like their story was not being told. They felt like they weren't being properly represented. We have a new South now. But the difference is, the new South isn't just the South. It's people all across this country.

It's time Richmond stopped nurturing the Civil War. It is time to make it a live, up-to-the-time city and get out of the Civil War mindset. ... A lot of people don't want to forget the Civil War in Richmond. And I can understand that too. Time marches on, and you have to move with the times. You can't suck on the Civil War forever, you know?

I don't think it'll ever die totally in Richmond. And maybe it shouldn't, because this is the capital of the Confederacy. And that doesn't mean much to anybody anymore. It's colorful. It's a nice thing to have to refer back to occasionally, and enjoy and celebrate. Having any real bad feelings or pain about it is useless. Why be angry about what happened 150 years ago? ... Richmond needs to keep its eyes open to a brighter tomorrow. Tomorrow's where we should be looking.

I feel that [the war] has definitely stood the test of time. I'm a Mississippian... and I've noticed that in Williamsburg, Petersburg and Richmond, they actually take the Civil War very seriously. ... In other words, the South never died. It is very much still alive. More so than any other place I've ever lived in my whole life.