Water is Life Rally against fracking and pipeline projects in Virginia 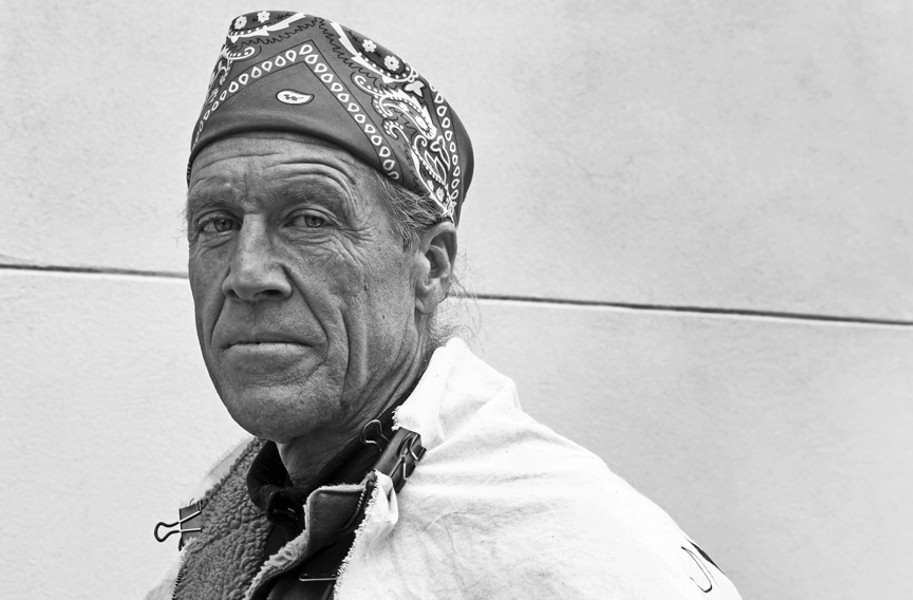 I spent all last winter at Standing Rock [the pipeline protest in North Dakota]. Standing Rock was pretty serious, the only reason they didn't kill people was because it was in the United States. This rally is pretty mild, but they'll keep bulldozing over top of people and keep killing the earth as long as they can make money, until the system breaks, because the system is for capitalism. It's for money, it's not for people.

At Standing Rock, we were there for prayer. If you are praying for rain, you think rain, you feel rain, you smell rain, you don't ask for rain. You are putting out negative energy. It is positive energy that works. They want you to be angry and hateful, but that will eat you up.

I'd just gotten back from Standing Rock, and I went to the Women's March in Washington. It was a shock to be with that many people and really energizing. And I thought, "Fantastic, this is going to blow up." I'm passionate about what's going on with the world right now. It's a time where people with money are trying to gather as much money as they can with no respect for the people, the land or one's health. They have the strings so tight on everything that all you can do is stand here and hope that eventually something breaks. We live in a police state. They have all the bases covered.

By coming here today, maybe more people will wake up. We saw so many people who came to Standing Rock and their hearts opened up and realized this is not the way to walk anymore. You gotta realize that the system that we have is totally destroying people. It is not working. The system has got people in kind of a state of brain wash. At this day and stage in the world to keep on trying to extract all this oil from the ground, anybody with any sense realizes it's not the right thing to do. But they don't have sense. They think about money and power. This imperialism, capitalism that is running the world does not work anymore. —As told to Scott Elmquist