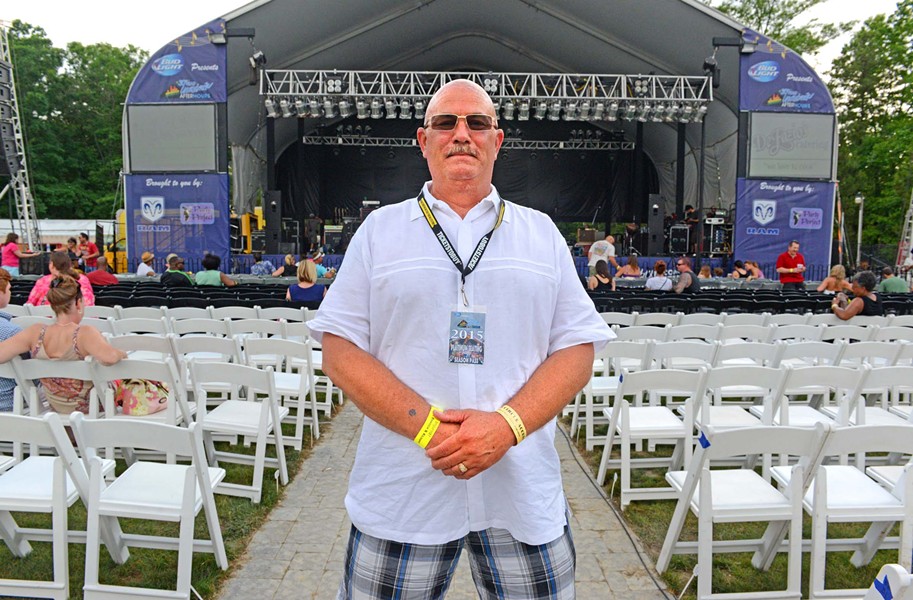 "This is my ninth year [as a season ticket holder]. I live in Quantico, so I drive 73 miles each way to come to Innsbrook After Hours shows.

"We have Celebrate Virginia Live in our area which broke off from this. This is their fourth year in Fredericksburg, just Friday nights. It’s identical to [Innsbrook]. If you took a picture of this venue and went down there, it’s the same.

"I love this venue. I was brought here nine years ago by a friend. The venue has grown a lot in that time. In the early years, I didn’t have reserve seats, so six of us would get here really early and get first in line to get front row. Now they’ve gone to reserve so I can buy that.

"Now I have platinum season passes. I can show up anytime and know my seats are there. They do a good job here. The music is wonderful, man. We’ve gone from paying $600 a seat to $1,500 a seat, over the nine years, and that doesn’t faze me because I love the music, I love to be down front. And I love the customer service here. So three grand for two seats is worth every minute. If I do 25 shows in the front row — do the math [$60 a show per seat].

"I sell heating and air conditioning equipment commercially. I love modern country today. I never was into it before. I have twin boys who are 29 who got me into it about six years ago. And I love the old rock groups like Foreigner, ZZ Top, 38 Special.

"Occasionally I’ll stay at the Hyatt Place at Innsbrook, they give you 20 percent off. But ordinarily I drive back. The 30th anniversary weekend was great, everything from rock to reggae. I went to Belle Isle, took my brother there. We walked around downtown Richmond. He flew up because he likes Foreigner. [Concert organizers] surprised us and helped us out with a meet-and-greet for Foreigner so my brother could meet them.

"The friends I’ve met here, such as David Butler here, you know, you meet people because you see them year after year. I’ve become friends with him and his wife, go to their house some in Short Pump. There are probably 10 or 12 people [in this section] who come every year.

"I feel like I’ve found a home here. I really do."