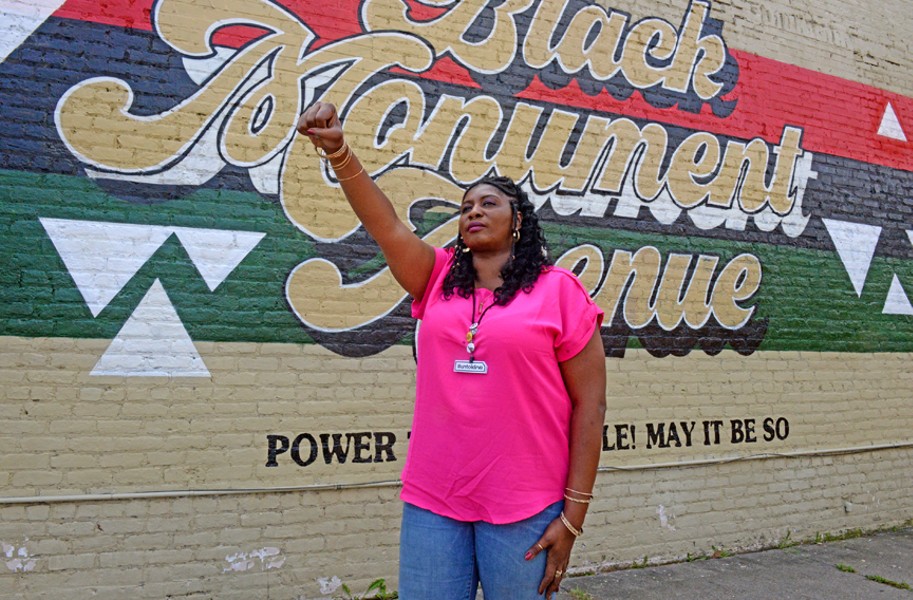 This work that I do with Untold RVA is about re-examining the historical record and making sure that the narrative includes people who would have been deliberately submerged back then.

I always promised myself that I was going to become a historian. In 2012, I met Bill Martin [executive director of the Valentine museum) and he encouraged me in that and paid for me out of pocket to go to guide school — $600 — and I became a guide for them.

But then I realized I didn't want to do that, either, because there were other narratives that I needed to tell. So he encouraged me that winter to enter Feast RVA in January 2014 and introduced me to Josh [Epperson]. I submitted and I was competing against TheatreLab and Art on Wheels and I won. It was almost unanimous. It was to the extent that the people that prepared the food that day said normally we would take out some of the money for tickets to pay for food but we believe so much in her work, we're giving her all of it. So I was able to pay for my business license and buy some business cards and that was the beginning of Untold RVA.

I'm at the end of my five-year plan. Untold RVA is an LLC, not a nonprofit and I'm the social innovator-in-residence here at Six Points Innovation Center. We opened up in June of 2017 and the vision and my desire in what to bring here, is to make sure that every other nonprofit partner that's in here has somewhere for the kids to take their skills and put them into use in the creative economy.

I got a $20,000 grant from the Ovation Network to set up this space and then I bought a whole bunch of public media equipment. But I didn't have any money for programming and I was out busy consulting and doing tours and lecturing in the universities. I lecture at the University of Richmond, probably twice a month. I also do this at VCU in a number of departments, so I would say most of the projects that I have that you see in the world have been self-funded, based on my work, my consulting clients.

And I'm building out a tour company, which is called Untold Tours and it's a tactical urbanism experience. That's mostly what I do with the universities is take their students, their professors, deans and visiting professors out into the community. And they take these installations, these paper printouts that I design that have audio telephone numbers attached to it, and then people can call and use their voices to narrate the scripts that I give them. That's pretty much where I get the money to do that stuff is I work as a consultant and I self-fund my own stuff.

I self-fund because there's been no one that has prioritized the lane that I've created for myself and I want people to be able to know that I believe in this and I'll get it done by any means necessary.