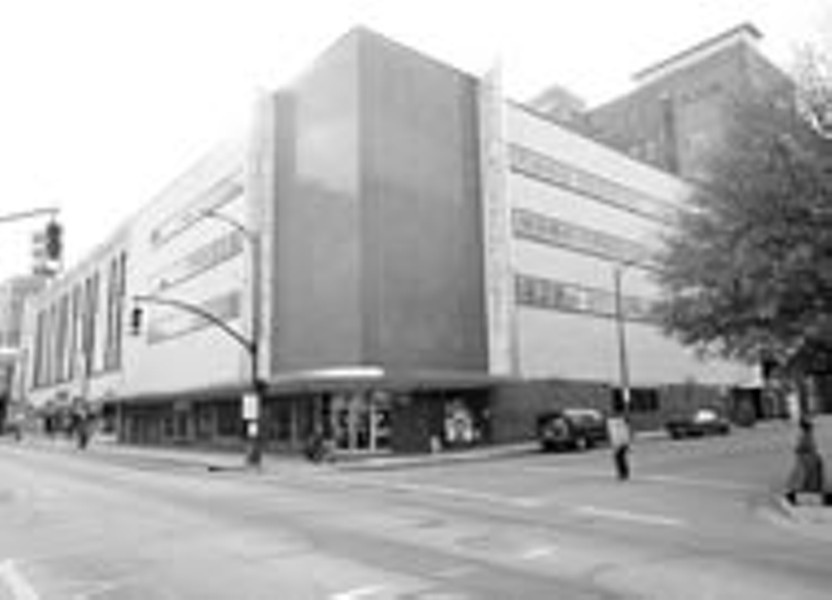 Until three weeks ago, Foot Locker Inc. owned the building, which has been vacant for nearly 10 years. Now it will be torn down to clear the way for developer Gary Beller's planned Hotel Miller & Rhoads.

In the spring, Foot Locker agreed to give the building to Richmond Redevelopment and Housing Authority along with $200,000 in cash, says John W. Bates III, a partner with McGuire Woods who helped make the deal.

"Not sell the building, but donate the building. That's what I like," says James Watkins, deputy director of Richmond Renaissance. "It's a major coup."

Why would a company give the building and money? "They felt like it was in their best interest to do so," Bates says wryly. "And they were convinced of that by me." Foot Locker realized that it would cost too much to renovate the property to use or sell, he says, and that it could show it was a good corporate citizen by supporting Richmond's revitalization. "They didn't say, 'This is the best deal we've ever seen,'" Bates adds.

Yet the deal was the easy part, he says. Before that, it took lawyers and housing authority officials more than two years to track down the owners of the land underneath the structure, a group of more than 20 members of several different families.

Tax records, a title search and a leasing agent provided the names of most of the owners. Investigators found the rest by sifting through records and asking family members for names of cousins and aunts. Some hesitated to sell their interests, and it took time to resolve legal issues because some part-owners were under the care of a guardian.

The deal was finalized in late December. And now the hulking, four-story building will be demolished, Bates says — probably at least six months from now — making way for the planned $55 million, 216-room hotel.

No one has made a plea to save the building, Bates says — not even those who have owned the land for the past 50-plus years. "The only thing I heard was, 'Get rid of it as soon as you can.'" —