Richmond has plenty of reasons to celebrate Shakespeare’s 450th birthday.

Why make a big deal out of the Bard's birthday? Jan Powell, the artistic director of the combined Henley Street and Richmond Shakespeare theater companies, practically can't stop listing reasons.

"Here in Virginia, we are intrinsically connected to Shakespeare," she says. "The people who settled this area were of Shakespeare's time, so part of who we are will always have a foundation in his era."

Richmond has a direct physical connection as well: the stately Agecroft Hall in Windsor Farms, which was reconstructed here after being shipped from England in the 1920s. The Tudor estate will play host to a series of celebrations of the Bard's birthday this year, starting with a day's worth of activities this Saturday. "We know Shakespeare played at houses near Agecroft's original location and there's even a hint of a possibility that he tutored the children living there," Powell says. 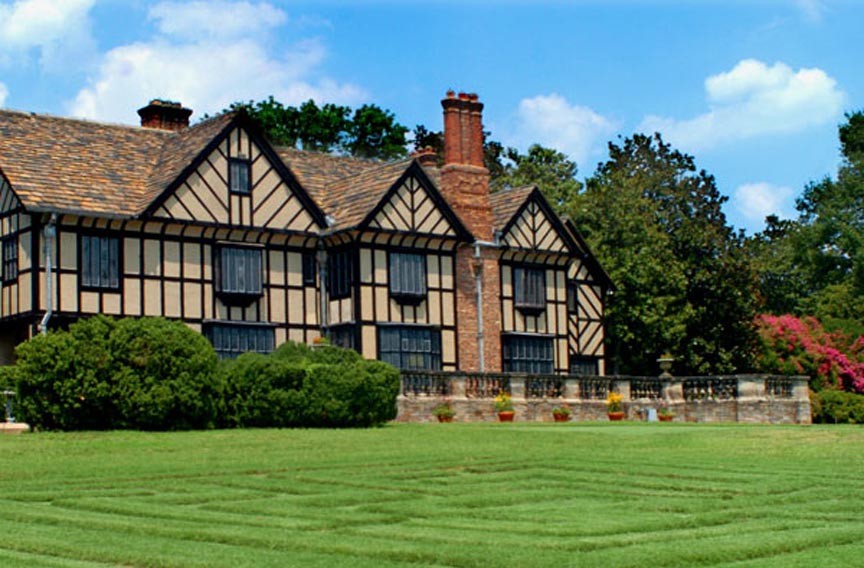 Saturday's festivities will be all about recreating the look, feel, and even the smell of 16th century England. Actors will stroll Agecroft's beautiful gardens performing scenes and living history interpreters will engage visitors in games of the period and even formulate Elizabethan medicines and potions.

Of course, part of the power of the Bard has been his work's ability to translate to different times and a variety of venues. Cynde Liffick is testing that out with a completely different 450th birthday celebration, called Shakesbeer at Bardywood on Friday. This will be the third such event Liffick has staged at Hardywood Park Craft Brewery through her Bard Unbound initiative.

"We perform exclusively in unconventional spaces — mainly pubs, wineries, and breweries — with minimal sets or costumes," Liffick explains. "The performances are hugely interactive, taking place in and among the audience members. People are more accepting of anything when they are drinking and less likely to suffer from what we call 'Shakesfear.'" Rather than full plays, Unbound does theme-based collections of scenes with quick payoffs for the more casual viewer. The show Friday is called "Send in the Clowns" and focuses on the antics of Shakespeare's funniest characters.

Placing Shakespeare in a modern context highlights how timeless his works are. Powell reinforces what a transformative cultural figure he was, citing Harold Bloom who credited the Bard for "the invention of the human." "Before his plays, fictional characters were simplistic and mono-dimensional; their fates were entirely a function of their rank or social status," she says. Powell says that Shakespeare opened the door for nuanced, multifaceted characters in fiction, which in turn helped people view themselves with more complexity.

"He was incapable of writing a one-dimensional character," Powell says. "Even his most notorious villains — Iago, Titus Andronicus — had a touch of humanity about them." The complicated and celebrated heroes and antiheroes of today — Tony Stark, Walter White, Don Draper — could never have emerged without Shakespeare planting the seeds centuries ago.

Positive identification of the bones of Richard III in February of last year represents another reason to be particularly excited about the Bard's birthday. "The fact that the skeleton showed severe scoliosis makes Shakespeare's characterizations more resonant than ever," Powell says. The plays aren't just wild exaggerations but extrapolations from reality. Powell will be offering "Richard III" as the first offering in her company's annual Richmond Shakespeare Festival that kicks off in June.

Powell points out that Shakespeare did something that writers struggle with even today, which is to present history in a way that gives it context and meaning while keeping it entertaining. "His history plays are pretty astonishing," she says. "At the time of 'Richard,' there was a lot of concern about the crumbling of society and insecurity about institutions. Shakespeare takes a huge story and makes it very domestic, at the same time managing to present a psychological portrait of a kid who gets twisted because his mom doesn't love him." Imagine if someone today could tell as complex and complete a story about the recent wars in Afghanistan or Iraq?

But perhaps above all, Powell says people should celebrate Shakespeare because his work still delights and enlightens. "His work has so completely pervaded our culture, it's hard to talk specifically about why he is so important," she says. "It's an indication of how enormous he was." S

The Bard's Birthday celebration will be held from 10 a.m. to 4 p.m. on Saturday, April 26, details available at agecrofthall.org. Shakesbeer at Bardywood is at 5 p.m. For information, go to hardywood.com/events.