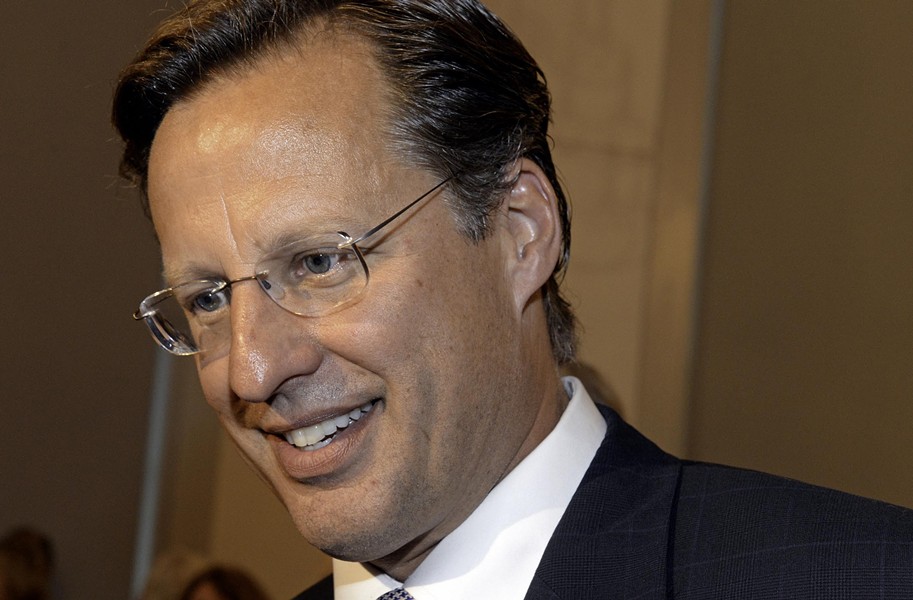 A group of constituents that’s been trying to meet with Rep. Dave Brat for months finally got some insight into his rebuffs.

“The women are in my grill no matter where I go,” Brat said at an event Saturday. “They come up, and say, ‘When’s your next town hall?’ And believe me, it’s not to give positive input.”

The comments are part of a speech filmed anonymously and given to a Facebook group called 7th District Town Hall Meeting .

The organizer of the Facebook page, Maureen Hains, 33, lives in Midlothian and says the group represents a diverse mix of people – men and women – who want to see a town hall.

“I voted for him over [former Rep. Eric] Cantor. I voted for [John] McCain. And I’m a millennial so I’m an anomaly,” she says. “I’m not one of these married housewives that he seems to be making fun of in his video. I’m a professional and a taxpayer.”

Reached by phone, Brat says the comment was meant as a joke and promises to meet with the group behind the Facebook page.

“I went through eight counties in the last two days. We rotate what kind of events we do,” Brat says. “Right now we’re in the first 100 days [of the Donald Trump presidency]. No one I know is doing town halls because everyone is slammed.”

He notes that the meetings referenced were with such officials as county administrators, and the events weren't public.

Hains says town halls were frequent during Brat’s campaign. “That’s how he beat Cantor. His whole platform was, ‘Cantor won’t meet with you, because he went to D.C. and changed,” she says. “[Brat] promised he’d hold town hall meetings every month.”

Hains says calls to Brat's Washington office direct them to the Glen Allen office, which goes to voice mail.

“He’s got all the time in the world to meet with other people in community but he won’t respond to our question,” Hains says. “It’s a simple question: when is the next town hall meeting?”

Karen Elyse Peters has tried to organize a meeting with Brat since November on behalf of 50 fellow constituents, she says. It began as an attempt to discuss the appointment of Steve Bannon to the Trump administration. She says they offered to get a church to host the meeting.

“We did not get a meeting,” Peters writes in a message on Monday. “Phil Rapp, his chief of staff, insists that in order to meet face to face with Rep. Brat, we must meet with him first. Even though I don't remember electing Mr. Rapp.”

Brat can’t recall his last town hall but thinks there’ll be time for one again after the first 100 days. “Buckle up is the new phrase around here,” he says. “It’s been crazy busy putting together a new agenda for the next four years.”

In the Saturday video, which has garnered more than 14,000 views as Monday around 5 p.m., Brat urges his supporters to organize for him at their churches and flood his congressional office with positive feedback.

“Help us message, and help us write newspaper articles,” he says in the speech. “We're getting hammered ... right?”

Some constituents who tried to attend the tea party event were turned away and remained outside with signs, hoping to talk with the congressman.

Brat is skeptical that all of them are constituents and says this push has come following Trump’s November win. “All I can say is all this commentary happened right after Trump happened. I’ve been in the most in-touch congressman I know of,” he says. “I think it’s just a partisan hit job.”

Brat beat out Cantor in the 2014 Republican primaries in a victory credited to the tea party movement.

The 7th district contains parts of western Chesterfield and Henrico counties, and extends north. The Saturday event took place at the Hanover Tavern, which is not in Brat’s district.

Editor's note: This story has been updated with Maureen Hains' full name.