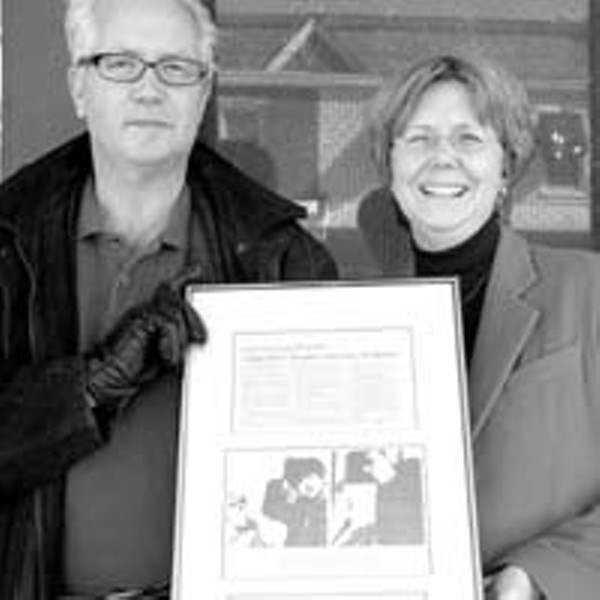 “I kissed all of them on the cheek,” Liles recalls. “I sat down and talked to Ringo. We were laughing at all the silly teenagers outside. He held my hand and asked me to marry him.”

Liles and Binns were visiting the Big Apple for the first time. She was 9; he was 11. Their father, a judge, had been asked to come to the city to appear on the TV show “I’ve Got a Secret.”

The night before, Feb. 9, The Beatles had made their U.S. debut on the Ed Sullivan show before an audience of 73 million. Their two-week visit was covered by a legion of television and film crews with barely a minute of their stay unrecorded.

But filmmaker Albert Maysles was the only photographer to capture the Beatles stuck in their private car on the train. Liles and Binns, who were with their parents in the next car, were among the few who were let in to visit, Liles says.

Maysles and his brother created a documentary called “What’s Happening! The Beatles In The U.S.A.” It features Liles and Binns spending time with the band. The Carol Burnett Show aired the footage, Binns recalls, and they saw themselves on television. But home in Richmond, the brother and sister kept their encounter mostly quiet — until now.

With this week’s four-decade anniversary of the band’s coming to America, Beatlemania is booming. And it appears everybody wants to know about the child who romanced Ringo on the train.

Two weeks ago, Liles and Binns went to New York to relive their brush with fame. They attended a private screening of the documentary, re-released with additional material by Apple Corps Unlimited and Capitol Records as “The Beatles: The First U.S. Visit.” The London Observer printed a special Beatles insert Feb. 1 that includes an interview with Liles. CBS has contacted her, she says, and she’s done interviews with the Washington Post and a Brazilian TV station.

“It’s surreal,” Liles says of the attention. “It’s kind of fun having it all come back.”

Binns agrees. “It’s all fate,” he says. In the documentary he appears before his sister does. But he insists Liles is the star. “The people at [the record company] said they’d been looking for Linda for 30 years,” he says, “and that Paul had wondered what happened to that little girl.” — Brandon Walters