True Stories of Love, Proposals and Happily Ever Afters 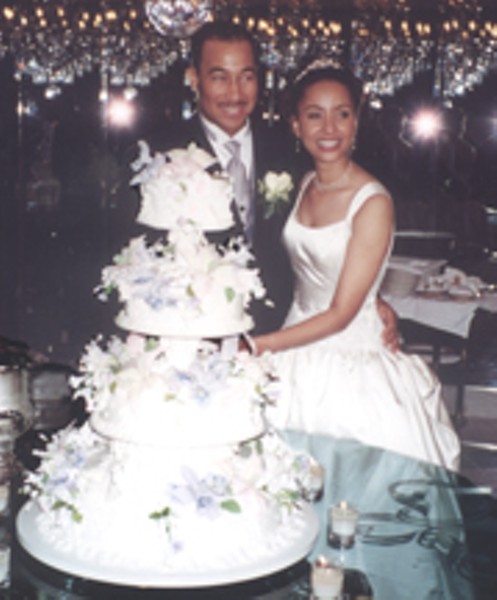 "Love really was in the air the night CBS 6 News Anchor Stephanie Rochon was engaged. "It all began when I accepted a position with a CBS station in Austin, Texas," she recalls. "I was excited about my new job and the prospect of enjoying Austin's social life. It was at a Fourth of July party there that I first met Jeff. I had seen him once before at another event, but hadn't had the opportunity to talk with him at the time. Fortunately, I did at this party, where we exchanged phone numbers and soon after, began dating.

One evening after I had finished the 6 o'clock news, my co-anchor turned my chair around. I couldn't figure out what was going on and became even more curious when I saw Jeff and his best friend standing there. His best friend was carrying a video camera and it wasn't until Jeff went down on one knee that I figured out what was happening. In addition to Jeff's best friend videotaping the proposal, the news cameraman did too. It was really incredible to see myself being proposed to when the station played the tape on the 11 o'clock news that night."

When Lite 98 radio personality Bill Bevins decided to propose, he took a unique approach to facing the jitters. "Debbie and I were eating dinner one October night at my favorite restaurant, DeFazio's," Bill says. "During the course of our meal, I begin sharing with her every negative thing about me. I continued to do this for about a half hour until Debbie finally stopped me with 'Why are you doing this? What's wrong?'

I then told her that I wanted to marry her but that I wanted her to know what she was getting into. She's in sales so at that point she looked at me, laughed and said, 'That's the worst sales pitch I've ever heard.' Fortunately for me, she accepted anyway. Pushing my luck, I then told her I wanted to get married in two weeks because now that I'd committed myself to doing it, I wanted to have it done right away. Debbie was not too receptive to such an early date, so I tried for Thanksgiving, which was also not too well received. We eventually compromised on getting married on Christmas Eve, which was probably the most romantic thing about the entire proposal.

Sometimes fate plays a pivotal role in the way that people who are meant to be together first meet. Tina and Dr. Michael Brand, Director of the Virginia Museum of Fine Arts, are a perfect example of this. "I was finishing my degree in Australia when Michael and I met," says Tina, whose family lives in Malaysia. "I was pretty busy, packing, taking exams and working part-time. It was while I was at work that my boss introduced me to Michael, who was in town for ten days to visit his family before embarking on a new job at the Smithsonian.

With his friends and family at work, Michael was bored and came to the store often. It was during one of these visits that I decided to take him out and show him some of the area's highlights. We went out and as we talked, found out that we had a lot in common. The days passed quickly and soon Michael left for DC.

I finished school and was getting ready to head to Malaysia when Michael sent me an airplane ticket and a letter, asking me to join him in DC for the summer. I packed my bags, went home to announce my plans and then spent a lovely summer with Michael. During my last weekend there, Michael and I went to Monticello, where as we walked around the beautiful grounds, we decided to get married. Though we hadn't known each other for very long, we just knew it was right. We got married on Michael's 30th birthday on a beach in Borneo, with a small group of family and friends from Australia, Malaysia and the United States in attendance. We've been married for sixteen years now and to this day, feel very lucky to have found each other across the continents."