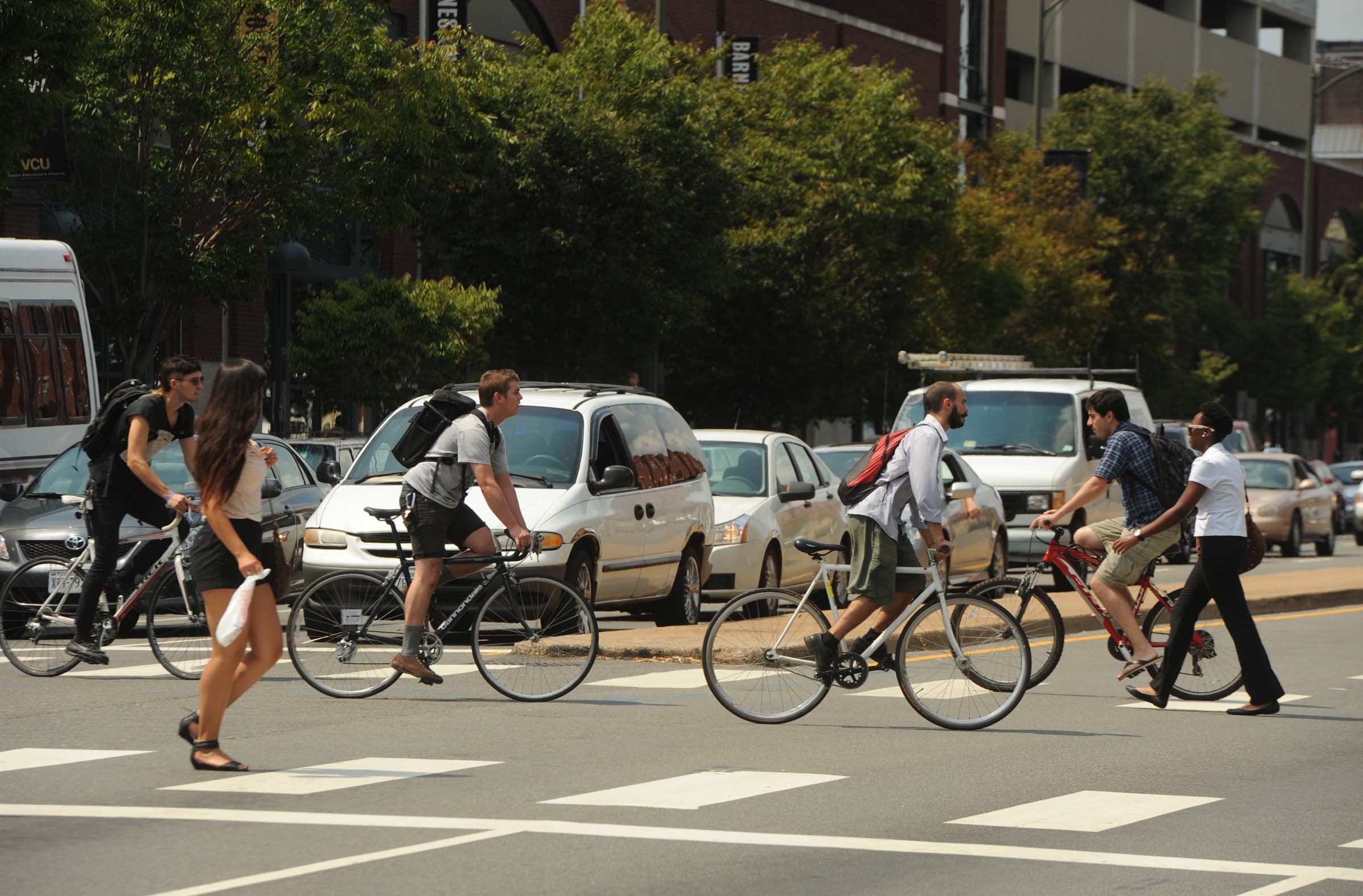 Call it an oasis for cyclists in a city of unforgiving drivers and rutted streets.

Virginia Commonwealth University, with the opening of its North Belvedere Street cycling center last week, simultaneously unveiled its formal designation as a bicycle-friendly school by the League of American Bicyclists, which ranks it the best in the state.

Students say they're used to close calls with cars and verbal harassment from drivers. But they insist that as unlikely as the designation might sound in a car-centric place such as Richmond, VCU has done a lot to improve riding on and around campus.

Keeley Laures, a junior, says she gets "heckled like every day" she rides her bike across the city. "People yell from their cars to get in the bike lane when there is no bike lane," she says. Things are better at VCU, she says.

Evan Lang, also a junior, agrees. "I don't know if the bike-friendly-university thing is bullshit," he says. "But the school itself provides a lot for cyclists. I think we're on our way to really opening doors."

Brantley Tyndall, the school's alternative transportation coordinator, says the school has seen an explosion of cyclists in recent years. In response it has upgraded facilities by adding 250 bike racks, five repair stands and 14 places to inflate flat tires. It also rents bikes and gives away helmets. All those improvements, in addition to the new cycling center, Tyndall says, led to the top ranking by the League of American Cyclists.

The "RamBikes Stand" is meant to serve as a one-stop center for bikes on campus, with a repair workshop, lounge and a flat screen TV replaying old cycling races. The center also will be used to teach students safe riding skills, ideally making the city as a whole a better place to ride, says Matthew Ruland, the VCU Police Department's bike-safety officer: "Hopefully this will help spread a culture of bike safety and make the city safer."