Winning Tradition: Inside the World of Cycling Tour Hostessing 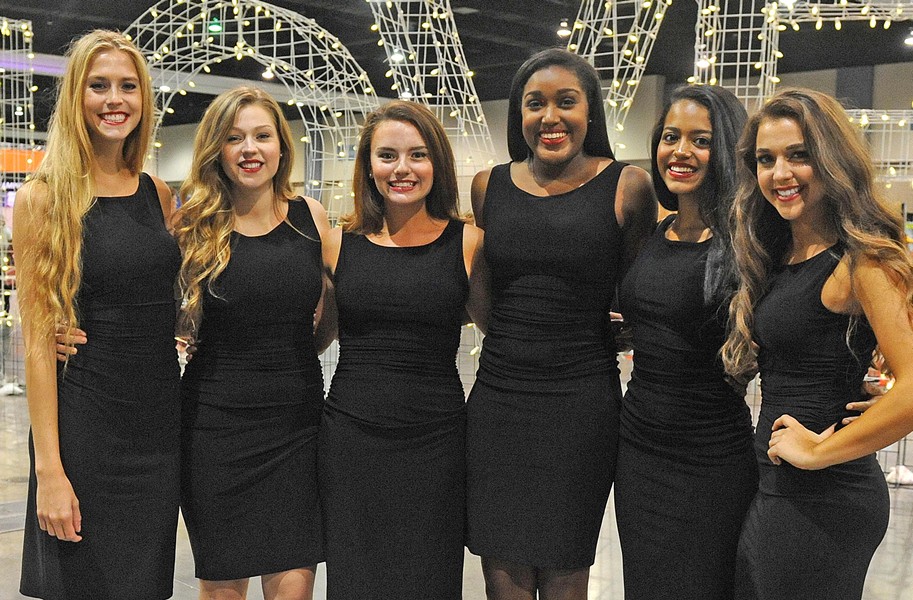 Sweat, Lycra, heels and makeup have blended to form one of the most longstanding traditions in the world of professional cycling — tour hostessing.

If you’ve seen the Tour de France televised, you’ll spot these women on either side of winning cyclists. They’re smiling and beautiful, in matching outfits, and charged with presenting jerseys and medals to the competitors. Then there’s the kiss, in many cases planted on the cheeks of male racers by both ladies.

Despite being so close, tour hostesses often are prohibited from speaking to the cyclists. Hostess Melanie Simmoneau was fired in 2003 after she accepted a note from stage winner George Hincapie. But maybe it was for the best — the two later married.

Hostesses look after reporters and VIPs, and linguistic ability often is part of the selection criteria. The role is highly sought-after and well-paid. At first, tour hostesses were often chosen from the town hosting the stage finish. Now, modeling agencies have a hand in selecting the talent, and the tour’s main sponsor, Credit Lyonnais, whittles that list to 20.

At this week’s UCI Road World Championships, six Virginia Commonwealth University students from the Phi Mu sorority play the hostess role. They aren’t permitted to speak with media, says Paul Shanks, who oversees communications for race organizer Richmond 2015. But we do know that they were paid a stipend and given black dresses to wear.

A weekend ceremony, held at the Greater Richmond Convention Center, didn’t rigidly cling to standard practice. The ladies held the medals, while officials gave the awards and handed flowers to each male and female cyclist.

Despite the differences, Richmond has joined a longstanding tradition that’s part of the color and character of cycling. But many fans of the sport want to see tour hostessing retired, saying it reduces women to serving as mere ornaments to male athletes. The slang term “podium girls,” also points to a rift in attitudes. To some, the expression is crass, but many tour hostesses themselves have touted it proudly on social media.

Wherever the lines are drawn, who would approve of the behavior of Slovakian cyclist Peter “Wolverine” Sagan when he pinched the behind of tour hostess Maja Leye at the Tour of Flanders in 2013? Was the second-place finisher spiteful because her kiss had been rewarded to first-place finisher Fabian Cancellara? Who knows. But Sagan later publically apologized. He also met with Leye to give her flowers.

David Weller, 57, an avid cyclist who traveled from North Carolina to volunteer with UCI, calls the hostessing tradition sexist and dated. “It feels a little bit uncomfortable,” he says — “and I’m a guy.”

Some races have come under fire for scantily clad tour hostesses. But Mathilde Duriez, who held the role at the Tour de France from 2013-’15, says the women often are dressed modestly.

“The status of hostesses in France is different than in other countries,” she writes in an email. “We are not sexy icons, even the clothes are not sexy. … We just [congratulate] the winners and give our image … but we are all students or workers, and we perfectly know how to manage it to protect or status and public image.”

Then there’s the wrinkle of female cyclists. Some critics say tour hostesses draw more attention than the female athletes who place on the podium. Women compete for only one day during the Tour de France on an abbreviated course.

Cyclist Evelyn Stevens, whose Boels-Dolmans team placed second in the women’s team time trial Sunday, says tour hostessing doesn’t offend her. “I think there is beauty in all different things,” she says. “To me I look at it a bit more as tradition.”

But Stevens — the cyclist whose racing bike was stolen from the Marriott and later recovered — says women often are more supported in other sports such as tennis.

She notes that when Serena Williams failed to take the U.S. Open title, a male tennis player was asked to comment on the loss before his match. Stevens compares this to a reporter asking the BMC Racing Team, which won the men’s team time trial on Sunday, what it thought of the female Boels-Dolman team missing the top of the podium by six seconds.

BMC racer Daniel Oss says that female cyclists may need to be shown a little more attention on the podium too. “Maybe we need some men for girls when they get on the podium,” he says. It happens in a few races, such as the Tour of Norway.

Gentlemen, are you out there? S