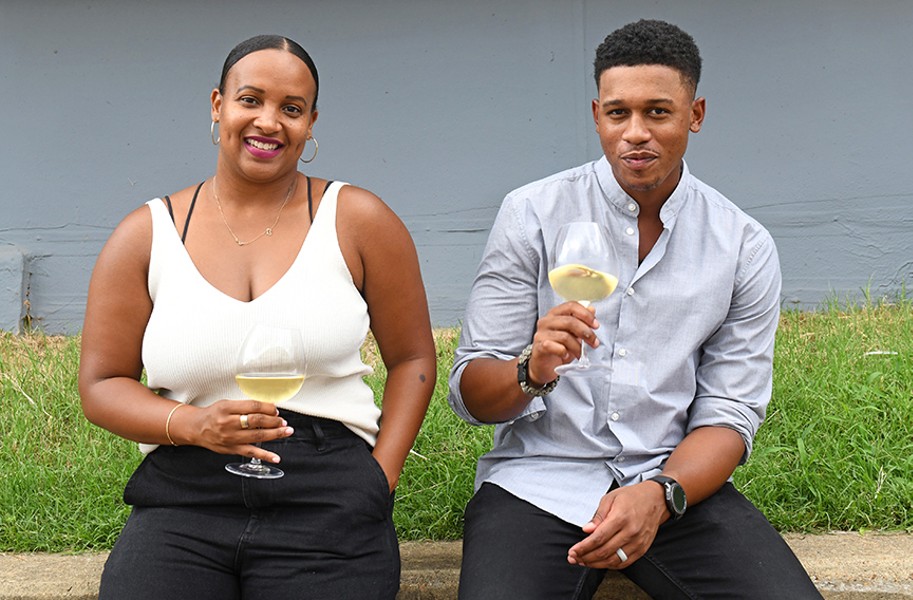 Scott Elmquist RichWine owners Lance Lemon and Kristen Gardner are Hanover County natives who graduated from the University of Virginia. Their wine boutique will soon be moving into its own space on Maury Street.

There is no domestic beer or rum and Coke equivalent in the wine world, not really. Not in the way we talk about wine, in the status we assign to those who master it only after decades of intense training. For centuries writers have waxed poetic, their cadence no doubt softened and lulled by that which they were imbibing: “Wine is one of the most natural things of the world that has been brought to the greatest perfection,” Hemingway wrote.

That idea of perfection persists, even during a global pandemic, even with potentially devastating 100% tariffs on certain Old-World wines looming. The wine industry has long been enigmatic, cloaked in whiteness, wealth and privilege.

But not forever, not for long.

RichWine owners Lance Lemon and Kristen Gardner are hoping to change that narrative. The Hanover County natives and University of Virginia alumni launched their boutique wine biz at the end of 2019, focusing on natural, organic and biodynamic vino. They have been operating out of Urban Hang Suite, but will soon move into their own space on Maury Street.

The two thought 2020 would be the year of their first RichWine storefront: Gardner was picturing a speak-easy, wine-store hybrid, with a members’ club in the back. Lemon – an actor by trade who just moved back to the area after spending six years in the Big Apple – anticipated regaling his patrons with stories of third-generation winemakers and hand-harvested grapes.

“We went from looking for properties for a wine shop to becoming an internet wine retailer focusing on delivery in Richmond,” Gardner says. She’s in the process of packing up her Brooklyn apartment – yes, she and Lemon were even neighbors in New York – to move back to the River City. Her fascination with wine is driven by her love of travel, while Lemon is the industry guru, having worked in top New York restaurants and as a wine rep for Frederick Wildman & Sons. He spent the last few years running two Brooklyn wine shops.

The longtime friends and new business partners have had to adapt, finding ways to safely share the fruits of their labor while also sharing the stories of special vintages and exceptional makers. “I think education is so important,” Gardner says. “We want to walk folks through ‘what are you drinking this for,’ ‘what are you pairing it with;’ we’re not just behind the scenes.”

The founder of Richmond wine distributor Plant Wines, Steven Plant has been working with RichWine, helping it source chuggable bottles like the Las Jaras Glou Glou red blend, best served chilled. He also worries about how social distancing will affect storytelling. “It’s made it extremely difficult; I don’t want sales reps out doing tastings with people. Usually we would sit down with people and get their reaction. It’s frustrating.” 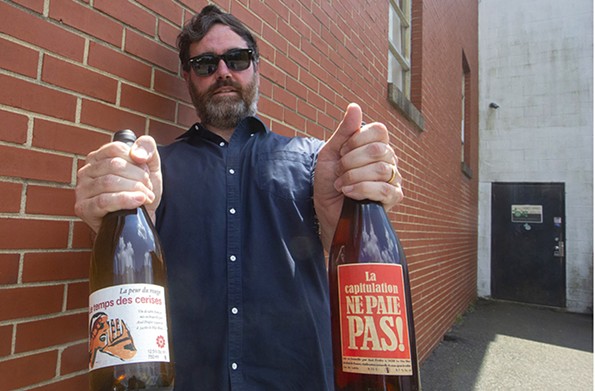 Businesses as old as the West End’s J. Emerson and as new as Brambly Park in Scott’s Addition are adapting to operating during a pandemic just as the wine scene is evolving. “People can be stuck in their ways,” Lemon says. “Especially with us coming from Brooklyn, we want to show people wine can be dope, it doesn’t have to be all Old World European.”

Virginia Wine and Spirits Academy founder Tracy Waldron has had many conversations about the city’s wine scene with Lemon. “I think we both agree we want to make Richmond better, to help lift the standard of knowledge in both the restaurant community and on the consumer side of things,” Waldron says.

She founded the academy in 2016 after 20 years immersed in the wine world, spending a decade in Napa Valley as a sommelier, winemaker and importer.

“I’ve resigned myself to this being a digital realm for the foreseeable future,” Waldron says. But adds — this could be a very good thing for wine. 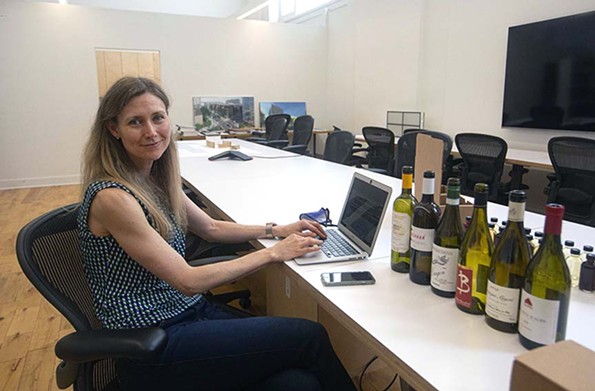 Black wine journalist Dorothy Gaiter writes in her June 2020 opinion piece for online beverage magazine SevenFifty: “But the wine world as a whole lives on its curated image of an exclusive club, with gatekeepers male and female. White. It is an industry that’s been running scared for some time now, as cocktails and hard seltzer have enticed more consumers. And it is desperately searching for a way forward now in the time of COVID-19.”

The club’s exclusivity is crumbling. The Court of Master Sommeliers, the mostly white, mostly male upper echelon of wine experts, was notably silent after the death of George Floyd. Members resigned, and the board has since instituted a “diversity committee.”

“The dirty secret is you need to taste thousands of dollars of wine to pass,” said the court’s only master sommelier of South Asian descent, Alpana Singh, in a July VinePair deep dive into the group’s actions or lack thereof.

Disposable income and ample free time are a luxury not afforded to many.

“Take for example a regular [Wine and Spirit Education Trust] class course, that’s two or three weeknights of class from 5:30 to 9 p.m., not counting driving,” Waldron says. “Now, you’re spending a few hours in front of a computer – you can listen to me talk while you have dinner. It evens the playing field.”

To even the playing field even more, Waldron has partnered with Black Girls Wine, a society of Black women learning about wine together through retreats and virtual tastings with host and founder Shayla Varnado. Waldron is putting the society’s ambassadors through “at least Level 1” trust training.

“I grew up in the driest house in America,” she laughs. “My exposure came later in life, when I was in the corporate world and making friends and trying wines.”

The more she got into the wine world, though, the more she realized there weren’t very many people who looked like her – even on Pinterest she could only find a handful of images of “Black girls drinking wine.” So she decided she’d make her own images.

“I want to change the narrative that Black people only drink sweet wine, or that Black people aren’t really into wine,” she says. She launched Black Girls Wine in 2016, and in 2019 the society was born, with ambassadors based from coast to coast.

Varnado is working to change how we perceive wine, and is well-suited for this new world evolution of virtual reality. Since 2018 she’s been going live on social media and tasting and reviewing a new wine each week.

“That’s how I built a lot of my audience,” she says.

Like Lemon and Gardner, Varnado wants to share her love of wine with everyone, especially those who may think wine isn’t a safe or welcome place for them.

“I’ve learned from interactions with people who have certifications. … The way they talk about wine, you don’t know what they’re talking about. I want to make learning about wine more approachable, to get information to people differently. This needs to be something everyone has access to.”