“Chicago” never quite builds up a strong gust of fun. 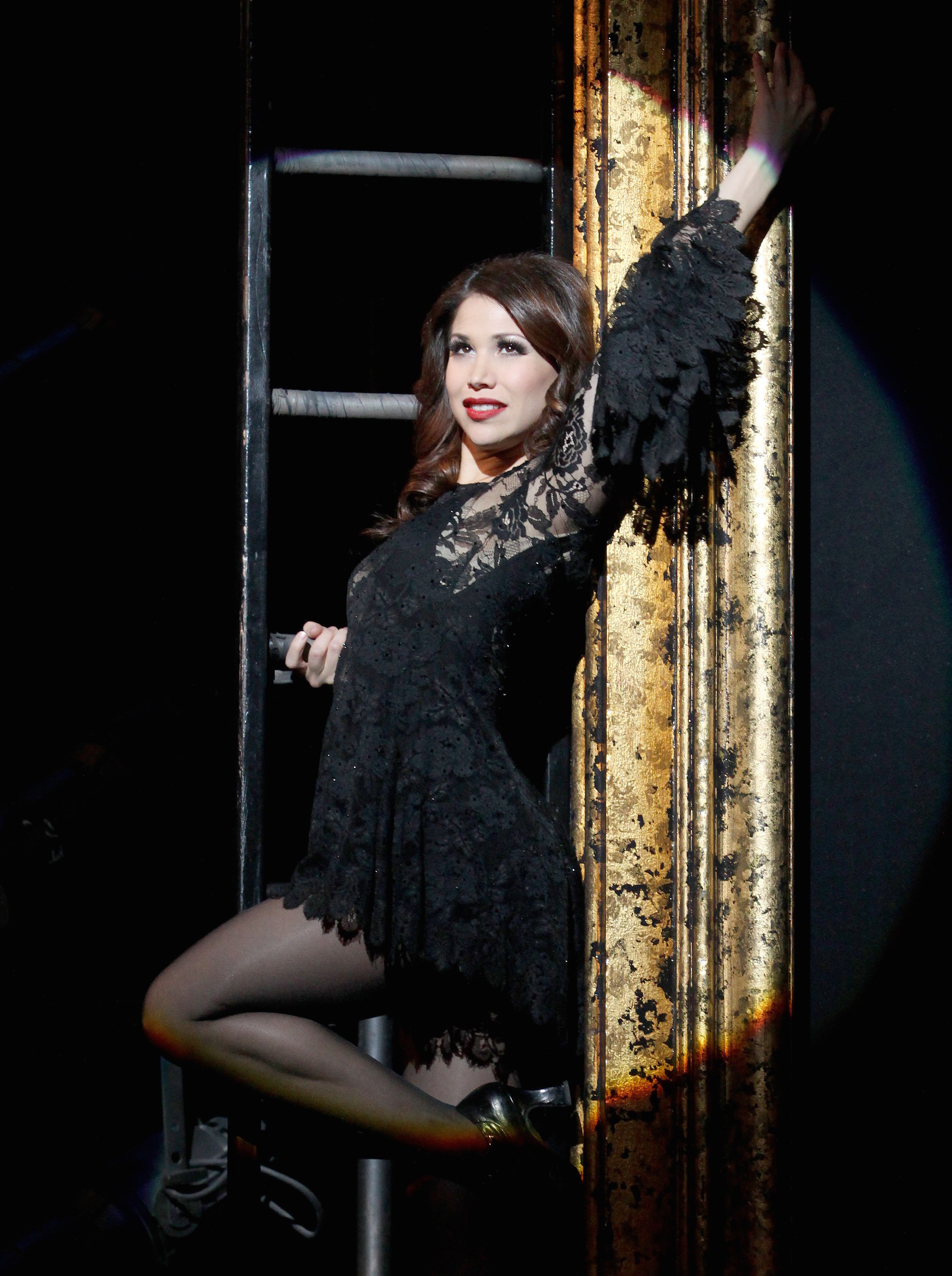 The first scene of the slinky, sexy, deeply cynical musical, “Chicago,” features vaudeville chanteuse Velma Kelly performing the infectious signature song, “All That Jazz.” In the meantime, frustrated housewife Roxie Hart kills the man she’s been sleeping with while her unsuspecting husband is at work. This murder propels the rest of the plot but, in the touring show appearing this weekend at the Altria, the buildup to the fatal shooting totally gets lost in the background.

This opening sets the tone for a production that often scoots by its big moments too quickly or fumbles the delivery of some of its best lines. The infamous “Cell Block Tango,” with its lineup of unrepentant murderesses, comes and goes before such classic quips as “I fired two warning shots ... into his head” even have a chance to register. A rare serious moment in the second act involving a hanging falls weirdly flat when the noose drops to the stage, unrecognizable to the audience.

Still, it’s hard to completely disparage a production that captures much of the steaminess and delightful dark humor of this oft-staged musical. It has a winning lead actress in Bianca Marroquin, who gives Roxie a ditzier, kookier vibe than might be expected. In highly impressionistic scenes, Roxie goes to jail where the prison matron “Mama” Morton (an impressive Roz Ryan) hooks her up with celebrity lawyer Billy Flynn (Brent Barrett). The smooth-talking Billy concocts a story that makes her cold-blooded murder palatable and that also turns her into a media star. All the while, former murderess célèbre Velma (Terra C. MacLeod) seethes and ineffectual husband Amos (Jacob Keith Watson) flounders.

The leads are supported by an amazing ensemble of gorgeous dancers who are outfitted in marvelously suggestive, barely there outfits (costumes by William Ivey Long). Whenever they're onstage, the energy of the show dramatically increases. But the leads are illuminated by spotlights through almost the entire show while the chorus too often is in shadow and barely visible (lighting design by Ken Billington). In “Razzle Dazzle,” an oddly inert Barrett is surrounded by dancers doing wild and wonderful things. At least I think they were but it was too dim to tell for sure.

The best scene of the night allows Marroquin room to milk her character’s naïve desire for fame for all it’s worth in the triumphant “Roxie.” The opening night audience seems to love Watson’s Amos, cheering his sad-sack anthem “Mr. Cellophane.” MacLeod and Ryan each have knockout voices that blend well, making the most of the sardonic duet “(Whatever Happened to) Class.” Roxie’s eventual trial is a fun whirlwind of showmanship but this production ends without ever really conveying the morbid darkness at this show’s heart, the darkness that Bob Fosse embraced so bracingly in his famous staging.

“Chicago’s” onstage orchestra dominates the stage in a sharply raked grandstand, and having musical conductor Robert Billig get involved in the action at times is a nice humorous touch. The orchestra performs Kander and Ebb’s famous score with aplomb and, while this production has many amusing and engaging moments, the whole never quite overcomes the ineffectiveness of some of its parts.