Despite the obstacles, Virginia just might become a pioneer in wind energy. 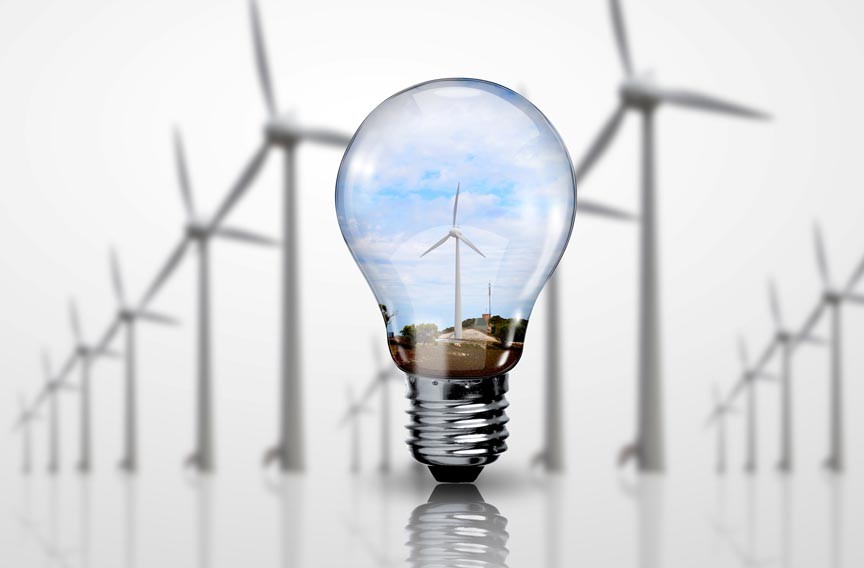 About 22 miles off Virginia Beach, at points too far to see with human eyes, Virginia's first real effort to harness the wind for electricity is about to take shape.

Richmond-based Dominion Virginia Power will begin work this year on erecting two wind turbines, each capable of producing 6 megawatts of electricity that will be brought ashore by underwater cable.

Also later this year, the U.S. Department of the Interior will hold a lease sale on 112,800 acres in waters nearby, with Dominion being a prospective bidder. Combined with a larger lease sale off Rhode Island and Massachusetts, the two tracts eventually could support wind farms capable of generating 4,000 megawatts of power, or enough for 1.4 million homes.

That's about as much power as Dominion's two Virginia nuclear power stations generate and represents a potential breakthrough for wind energy in this country. The government is "very motivated to get the auction going," says Guy Chapman, director of Dominion's renewable energy research and program development.

Indeed, wind energy is a bit of a no-brainer, because it seems to be the ultimate renewable energy source. It doesn't pollute, produces hardly any climate-changing greenhouse gases, and doesn't kill coal miners or rip apart the tops of mountains. Unlike nuclear power, wind doesn't result in spent fuel that's radioactive for hundreds of years.

Yet offshore wind energy hasn't taken off in this country despite more than a decade of trying. Offshore wind turbines may dot waters near Holland, Denmark and the United Kingdom. But the first U.S. project — Cape Wind in Massachusetts' Nantucket Sound — ran into such strong local opposition and regulatory hurdles that it may only get construction started later this year, 12 years after it was first proposed.

For Virginia and other states, offshore wind's high cost remains its biggest problem. The Energy Information Agency prices offshore wind at $330.60 per megawatt hour. That's more than double what nuclear power costs and more than three times what a conventional coal-fired plant without carbon-capture technology costs.

Environmentalists are cheering wind along and are heartened that several disparate parts seem to be coming together. "We're very much in favor of wind," says Glen Besa, Virginia director of the Sierra Club. But he notes that Dominion has no wind or solar projects going in Virginia yet, and he's worried that if Dominion gets leases off Virginia Beach it "may just sit on them."

The problem is economics. Unlike in Europe, the U.S. government pays no direct subsidies for offshore wind other than offering some tax breaks. Therefore, state utility commissions must approve passing along the costs to consumers of more expensive wind projects. In some states such as Massachusetts that's no problem because the state has a Renewable Portfolio Standard, which states that by 2020, some 15 percent of its energy must come from renewable resources. In New Jersey, it's 22.5 percent.

Even North Carolina has a mandatory goal of generating 12.5 percent of its energy from wind. But in business-friendly Virginia, the goal is 15 percent and is entirely voluntary.

What's more, Besa says the State Corporation Commission, which sets consumers' electricity rates, usually requires utilities to go with the cheapest power available. At the moment that would be natural gas, which is enjoying boom times because of controversial fracking drilling methods. "The SCC may deny more expensive power from wind, and if Dominion can't sell it elsewhere, it might not generate it," Besa says.

Dominion's Chapman says that the utility's goal is to broaden its mix of power and that gas may not be cheap forever. The utility won $4 million in grants from the U.S. Department of Energy to help it build its two prototype wind turbines so it can learn more about how to run wind energy efficiently, he says. In a separate case, the Virginia Department of Mines, Minerals and Energy is moving ahead with plans to lease another federal tract of land off the coast to gather wind data for commercial use.

The pioneering projects in offshore wind were located off of the New England shore because winds there are steady and strong. Regulatory agencies are also more liberal in embracing alternative energy, and customers seem more willing to pay more in their bills for renewable power.

But Cape Wind, the pioneer offshore wind company, ran into problems because the federal government didn't know how to go about vetting the project. What's more, Nantucket Sound, where Cape Wind plans to build a 420-megawatt wind farm, is surrounded by high-priced vacation homes. Opponents of the project, which was first proposed in 2001, included a politically diverse crowd, including the late television anchor Walter Cronkite, the late U.S. Sen. Ted Kennedy and the family of ultra-conservative oilmen David H. and Charles G. Koch. Cape Wind won its final approvals in 2010.

Virginia has fewer problems. Its wind farms would be too far out at sea to be seen by vacationers or homeowners. A spokeswoman from the Bureau of Ocean Energy Management, which regulates offshore wind, says that the Navy has given its tentative approval to offshore wind, provided workers are taken off towers if the fleet is training in live fire drills nearby. The Air Force, which holds combat exercises in the area, appears ready to go along with the project as is the National Aeronautics and Space Administration, which launches missiles from Wallops Island on the Eastern Shore.

Hampton Roads already has plenty of industrial areas and a trained labor force that can fabricate the wind turbines and underwater infrastructure to support them. Huge, 500-foot-tall turbines can be easily towed to sea because they don't need to pass under any bridges. The region's defense-heavy facilities have in place redundant electrical transmission lines designed to withstand enemy attack, so there are several ways to transfer power from the shore.

While no area is truly ready to handle offshore wind yet, "Hampton Roads and Virginia clearly have more assets than other locations," says Tom McNeilan, an executive of Fugro N.V., a Dutch company that handles offshore wind engineering and consulting. His Norfolk office opened in 2007.

Dominion's spokesman Jim Norvelle says that one concern involves having enough work ships available to handle construction. What's needed are specialized vessels, but many of them are busy erecting highly profitable oil rigs in the Gulf of Mexico. Foreign-built ships are available, but because of a nearly century-old federal law, they can't work from American ports without special legal waivers.

Still, offshore wind seems ready to take its first big step after years of waiting. How far it goes in Virginia depends on how much consumers and the State Corporation Commission are willing to deal with its extra expense. S