Why the Redskins Skins Deal Is Good (or Not) 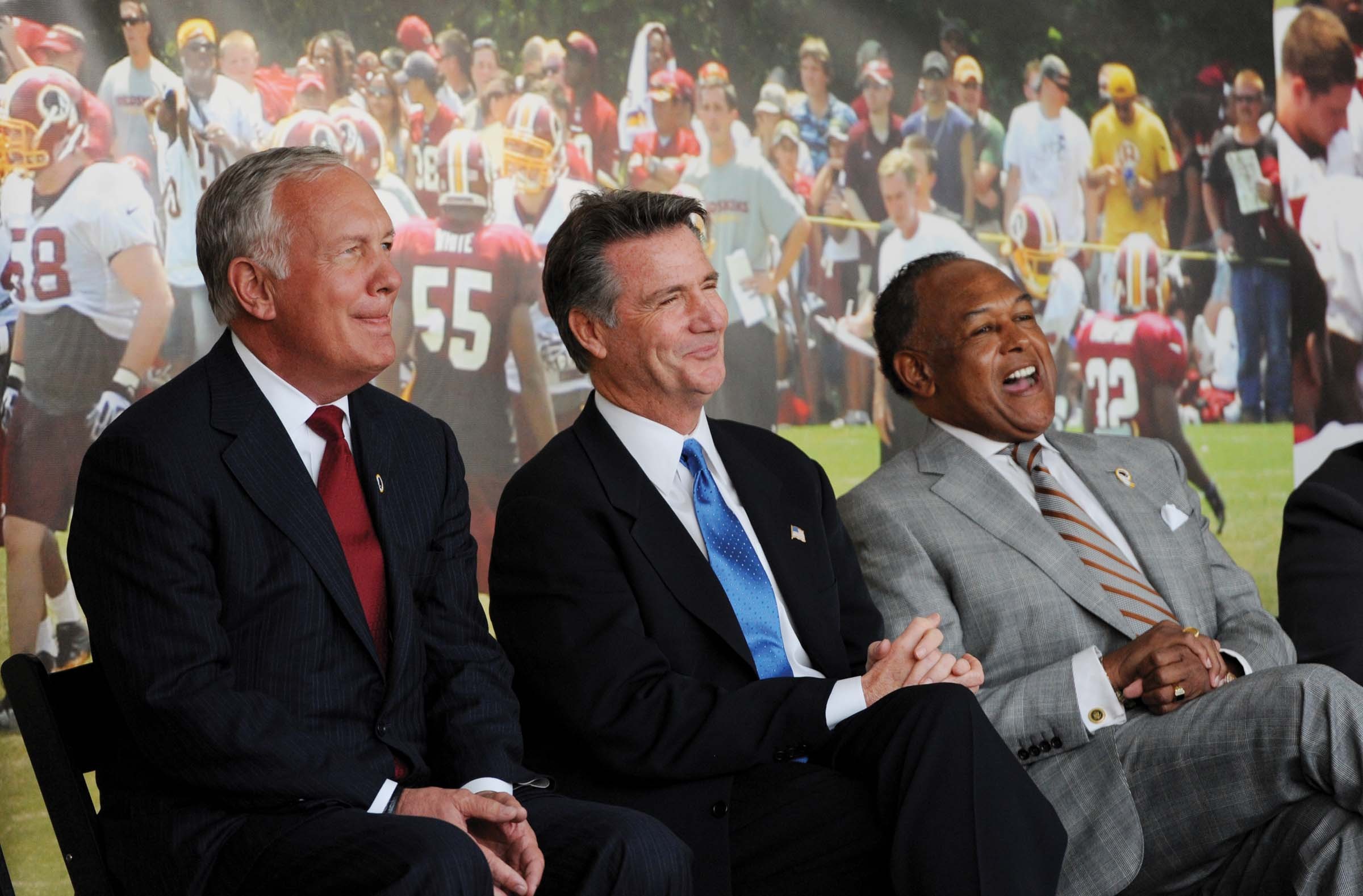 At last week's groundbreaking ceremony for the Washington Redskins' $10 million training camp facility, Mayor Dwight Jones offers up some questions for the naysayers. Or, at least, people who pester him while he's dining out.

"Now, many people are asking me, 'Do you think this is a good deal for the city?'" Jones tells the crowd, gathered under a giant tent behind the Science Museum of Virginia on Valentine's Day. "I've been asked that many times in restaurants and other places that I tend to frequent. And I always retort with questions of my own."

So let the retorting begin:

Jones: "And my question is, 'Do you think that a deal that's worth over $40 million in real estate development is good for the city?'"

This is kind of a trick question. Of the $42.5 million in total investment, the city is on the hook for approximately $10 million, which means it's more like a $30 million investment. That investment isn't coming from the Redskins, but rather Bon Secours, which plans to build a $24 million medical and office complex along Patterson Avenue (the former Westhampton Elementary School property). That's in addition to its $8.5 million expansion of Richmond Community Hospital in the East End.

So it's about context. Remove the Bon Secours' projects, which were planned long before the Redskins' deal, and you're left with the $10 million, taxpayer-funded training camp. All told, the new facility will generate approximately $190,985 in city taxes this year, according to an analysis performed by Chmura Economics and Analytics. At this rate, it will take 52 years for the investment to pay off.

Of course! But again, the vast majority of the jobs have nothing to do with the Redskins. About 120-140 of the jobs are tied to the Bon Secours projects. As for the remaining 81 jobs, only 16 are being created specifically by the training camp. The remaining 64 jobs are created by way of "leisure visitor spending" by fans who make the trip to see the Redskins practice, according to the Chmura study.

Jones forgets to mention that the leisure spending ($6.4 million) is based on the number of fans expected to come to Richmond, which is estimated at 100,000 during the three weeks the team is in town. And where did the estimates come from? The Redskins. Yes, the organization benefiting from corporate welfare is the primary source the mayor is referencing.

Jones: "Is $18 million in new payroll tax good for the city?"

We aren't sure what the mayor's talking about here. The city doesn't collect federal payroll taxes, so it's impossible for it to collect $18 million in taxes that don't exist.