Why I Started Style

The reasons I started this publication after moving to Richmond in 1981. 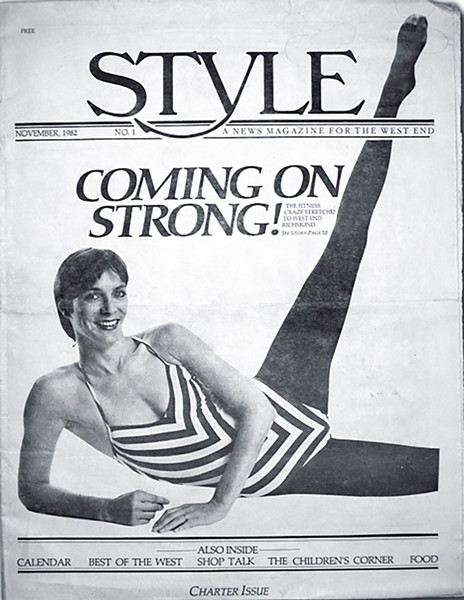 The very first issue of Style Weekly back in November of 1982.

I grew up in a home full of magazines. A steady stream of them arrived weekly, bi-weekly or monthly, magazines of all sizes, weights, papers, colors and blocks of black words. Oversized, glossy, thick or thin, they were as regular a part of my ’60s childhood as Jell-O. They lived in stacks on coffee tables, kitchen tables and cozy nooks in bedrooms where we lost ourselves in stories of movie stars, adventurers, headliners, heroes and murderers.

Magazines were where we learned about Hyannis Port and Jack on the sailboat in the navy sweater, and Clark and Marilyn just before she died. We were mesmerized by the close-ups of Jackie and the children; of Audrey and Twiggy and Elvis in the Army. It’s where we would ponder the Beatles vs. the Stones, Martin and Bobby, and whether Gloria Vanderbilt’s fourth marriage would really work. It would be decades before Instagram and Google did this for us.

From Look, Life, Time, The New Yorker, National Geographic and Newsweek to Ebony, Esquire, Sports Illustrated, Ladies Home Journal and the Playboy in my father’s dresser, magazines proliferated. What a joy to come across Joan Didion, Pauline Kael or crazy, brilliant Norman Mailer on any given Thursday, writers whose stories or reviews were instant parts of the national conversation, or to wander aimlessly through recipes you knew you’d never make. No dentist’s office was complete without Reader’s Digest or Highlights for Children. There were even full-time jobs where men sold magazine subscriptions door-to-door.

The most revered figure in America, CBS anchor Walter Cronkite, gave us 30 minutes of news at night in little bites. But if you wanted to be in the world or of it, you needed periodicals. It was how you connected to the zeitgeist how you refined your cultural preferences. It felt almost personal. “My” New Yorker. “My” Cosmopolitan. You had your favorite sections, your favorite writers, favorite places to read. Magazines ruled.

There were no local magazines in Richmond when I moved here from Washington, D.C. in 1981, a city that supported Washingtonian magazine and the addictive Style section of The Washington Post, a broadsheet-style magazine with attitude. The two daily newspapers here were gray and colorless, reporting mainly on crime, schools, a few city issues and high school sports. The wire services covered dull national news. Reading them made me feel like an outsider. I couldn’t connect.

Yet this would be my opening. What happened next was a fortunate confluence of good breaks, luck and timing that would propel us far beyond any intention or vision. The utter craziness of making a free magazine out of newsprint, referred to then as a “supermarket tabloid,” from my kitchen table gave us license to invent. We began by curating a comprehensive, must-read calendar with real reviews and previews, enhanced by riveting photography and real graphic design, in the hopes of creating a reader habit. But it was going to require more. 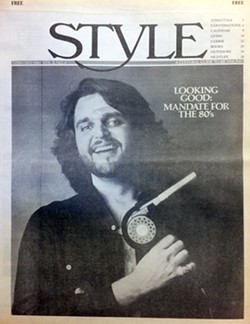 Juicy profiles of local luminaries sent folks dashing to Ukrop’s on Tuesdays to see who was on the cover. Tough, truthful restaurant reviews ran next to pages and pages of personals, the newsprint precursor to Tinder. The back page [for opinion] was famously fearless. In short, we found our voice which, as it turned out, would resonate for years.

I felt like an imposter back then like I do now, 40 years later. I have no business taking bows for something that hundreds of talented people nurtured and produced to great acclaim long after I left. The excellence, energy and vibrancy of the early days somehow remained with Style throughout the decades, with the next team of dedicated editors, writers, designers, photographers and freelancers bringing smart, fresh perspectives on critically important topics and notables of the day. Like so many beloved brands, Style has discarded print in favor of charting a new voice online, the inevitable result of diminishing options and reader expectations. An occasional issue will suffice.

I’m sad that print is dwindling. Mornings now I awaken to a barrage of email newsletters cheerfully preparing me for the day. They connect me to last night’s tragedies, warn me of bad weather, link me to tickets, teach me to communicate, and offer up lots of opinions. It’s kinda like reading a magazine, only it’s smaller. Shorter. Faster. I get my coffee and cozy up with my iPhone for a good morning’s scroll, eternally grateful that no one serves Jell-O anymore.