Why Are Richmonders Such Wusses About Snow?

Unlike Russians, they lack patience, common sense and gear. 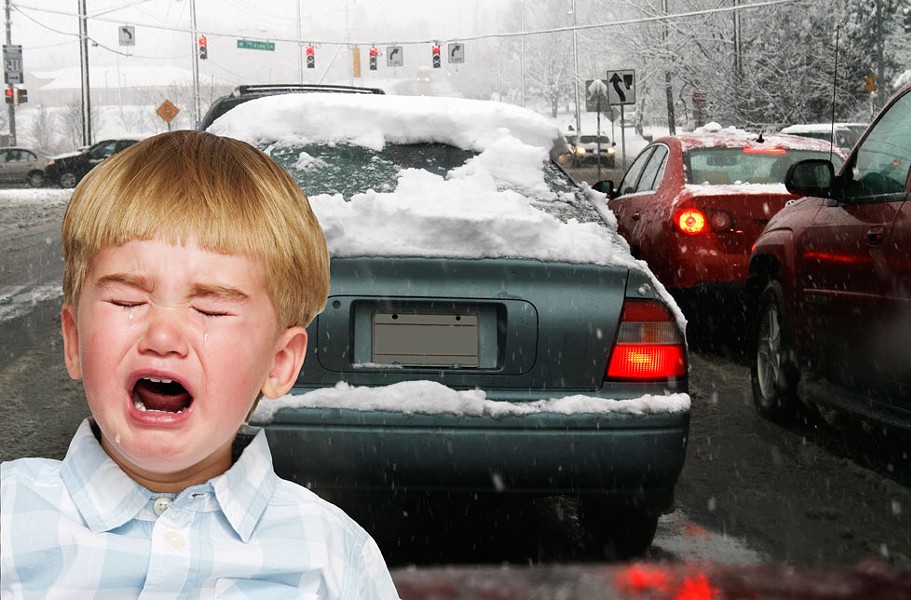 Not to be too cold about it, but Richmonders are weather wusses when it comes to snow.

I've lived in the Richmond area for a total of 17 years but have also resided in such snowy spots as Chicago, Cleveland, Boston and Moscow -- the most brutal winter place of all.

So how does Russia manage snow on a daily basis for months on end while Richmonders freak out at the first sign of flakes?

1. Infrastructure: Russians are equipped to handle constant snow removal. They deploy giant scooping machines, called Capitalists, with two big arms that grab chunks of snow and whisk them into bins. For parking lots, they have armies of retirees who buttress their meager pensions by chopping away ice every morning about 4 a.m. Richmond has some sand trucks.

2. Patience: Russians sullenly accept snow as part of life. They actually take the time to remove snow and ice from their cars before driving them. Richmonders just hop in and drive away. Thus, big chunks of hard and frozen stuff flip off the roof and crash into the car windshields behind them.

3. Common Sense: Dealing with snow at least seven months of the year gives Russians special driving skills. They know how to slow down and keep more distance from the cars in front of them. Richmonders actually drive faster and constantly tailgate in storms. As visibility worsens, they close the distance from the vehicle in front of them from feet to mere inches. This is madness.

4. Provisions: Because Russians deal with snow constantly, their stores keep normal hours. Snow-crazed Richmonders panic with approaching storms and flock to grocery stores. There, they stock up on weeks’ worth of food for events that usually last for a couple of days. At noon Thursday, a Food Lion at Chesterfield Courthouse already had run out of some types of potatoes. That would never happen in Russia.

5. Recreation: Russians grow up on skis, so taking cross-country jaunts is like jogging here. Richmonders bundle their kids up like Eskimos and snap away with their cell phone cameras while they turn tiny snow patches at Forest Hill or Chimbarazo parks into muddy messes.