Half of an iconic pop duo, John Oates walks the "Mississippi Mile." 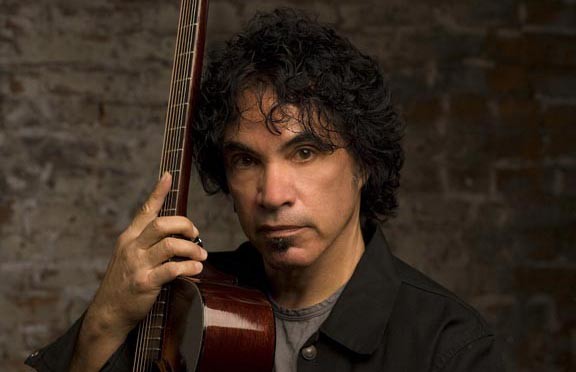 John Oates, the diminutive half of the hit-making duo Hall and Oates, has been recording music since 1966, when he cut his first sides as a solo artist. With his partner, Daryl Hall, the guitarist went on to write some of the their biggest hits, such as "I Can't Go for That (No Can Do)," "Maneater" and "Adult Education." From his home in Nashville, Oates talks with Style about his new album, "Mississippi Mile," being a pop icon, and his famous former partner ... his moustache.

Style: Hall and Oates had a long chart run. Was there a lot of pressure to come up with hits?

Oates: Well, if there was any pressure, it was internal. It was pressure from ourselves. Interestingly enough, even though people know us with all those hits and everything, Daryl and I were never actually concerned with hits. It might seem hard to believe, but we always cared about every track on the album. We cared about writing the best songs we could. The hits and stuff were a byproduct of the hard work we put in.

Do you think your legacy as Hall and Oates gets the respect it deserves?

Well, I think it does now. I don't think it has in the past. But now everything's changed. ... The way I look at it, if the guys on "Saturday Night Live" do a parody of Hall and Oates, it means they've chosen us among the other millions of famous personalities, because we're iconic in a way. So, really it's kind of a backhanded form of flattery. It doesn't bother me that much. But honestly, Hall and Oates now finally ... has the respect that, we've always, I think, deserved. We just sold out three nights at the Hollywood Bowl. We played to 42,000 people. Our live show has become bigger than it ever was. Hall and Oates has a whole new level of respect now.

"Mississippi Mile," your new album, has a Delta blues sound. What made you go in that direction?

I wasn't even intending to make an album. I wanted to cut some tracks with some friends. Then as I began to get into it, and cut a couple of tracks, I realized that, basically what I was doing, I was picking the songs that really made me who I am as a musician. It became like this kind of musical biography, and then I started to think about the origination of most of this music, that really affected me as a kid, that was really important to me as a kid, most of it came from the Mississippi Delta, in one way or the other. That's why I called it "Mississippi Mile."

What can people expect from your live show?

I've got a great band, an amazing band. It's a very real, rootsy kind of show, I tell a lot of stories. I do some Hall and Oates stuff, but I do the stuff from the early, early days, from the early '70s. I do a couple things from the '80s as well. One thing I'd like to make sure people understand, it's not a Hall and Oates show without [Daryl] Hall, you know what I mean? It's really about the roots of my music, where I come from. It's a real high-energy show.

Was there a television show in development about your moustache?

[Laughs] That became like a viral thing and it's still out there on the Internet. But it never really got any traction, you know? People always talk about my moustache. I haven't had a moustache in 25 years. I left it behind a long time ago, and I think it's time for the world to leave it behind. S