Where the Heart Is

In Henrico, three sisters from Honduras go back to school — for the first time. 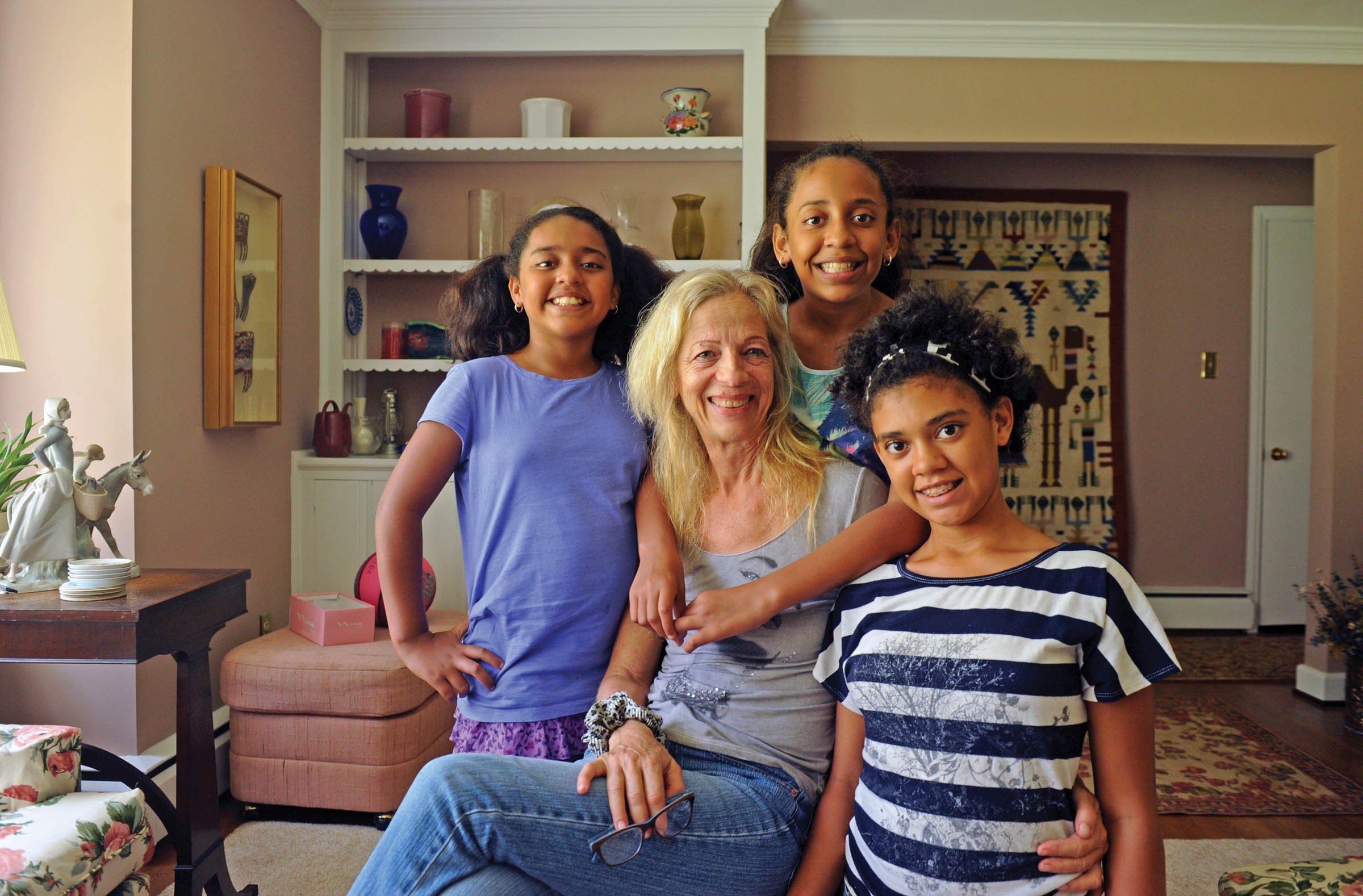 Ceil Gruessing had been in La Ceiba, Honduras, for 11 months when she first saw the three sisters. The choreographer from Richmond was used to seeing orphaned children by then. Her walk to the school where she taught dance brought her regular encounters with street boys, begging and hustling and sleeping amid passersby who casually stepped over them. The poverty of Honduras is notorious. So, too, is the abandonment of children to orphanages or gangs or worse.

The box sat next to a police truck, which was parked outside a hospital. The officer, a woman, told Gruessing she was taking them into the emergency room.

"What's going to happen to them?" Gruessing recalls asking.

They'll go to the IHNFA, the offer replied, referring to the state-run orphanage. Two were suffering from meningitis, which left them with lasting disabilities.

"They were half-dead, malnourished, sick. The youngest was three months old," Gruessing says. "I followed them inside the hospital. It was like a message from God saying, 'You know, nobody is going to care about these kids.'"

That was in November 2003. Nearly 10 years later, Gruessing sits in the living room of her mother's house in Henrico County. Dancing about her, buoyant and chattering away, are the three sisters: Jazmin, 9, Angie, 11, and Roxana, 12.

They are now Gruessing's daughters. She brought them home a month ago.

"This is grandma's house!" Angie shouts, throwing her arms in the air. She is pig-tailed and chubby-cheeked and given to dramatic gestures. She and her sisters attended a bilingual school and speak fluent English. "I want to live here forever!"

They have their green cards and their Social Security cards, and this week — dressed in their new shoes, carrying backpacks and notebooks and pencils — they join the thousands of local students going back to school. They will be in the fourth, fifth and sixth grades.

"… and excited," her sisters interrupt.

"Maybe they won't play with me and sit with me at lunch," Angie says. On the other hand, she continues, "I'm excited about meeting the new teacher and new friends and a new school and the bus driver and the seats of the bus."

It took years of legal wrangling, of denials and petitions and more petitions, mostly of the U.S. embassy in Honduras, which four times refused visas for the girls, Gruessing says. It took tracking down the girls' birth mother and finding the death certificate of their father. It took Gruessing taking residency in Honduras, following every step of protocols designed to protect children in international adoptions.

"It's tremendously difficult," says Richmond immigration lawyer Emily Sumner, who didn't represent Gruessing, but spoke generally of international adoption. Sumner says she no longer handles such cases because of their complexity. "You make one mistake and that can be the end of the process," she says. "It can't be undone."

It was all the more complex because Gruessing couldn't adopt the children. She surpassed the age limit of 50. Instead she has custody as their legal guardian.

"I remember when you used to come to the [orphanage] and you would stay with us for hours and then you would go and we would cry for you," Roxana says.

"I would drive away and watch them in the rearview mirror, watch the gate closing," Gruessing says, choking up.

Angie rushes to comfort her. "Now, we are here and we are yours."

Gruessing, 63, is aware she persisted where others would not. It wasn't something she planned, she says. She went to Honduras to teach dance and work as a choreographer because she couldn't find a job in Richmond. She took care of the girls because she saw how unrelenting poverty destroyed dreams, and she couldn't bear that for these three talkative, bright-eyed children. She'll support her family by teaching dance to adults here.

"It wasn't that I was looking for daughters," she says. "It was just like falling in love. It was not clear-minded at all. It was just instinctive."

"Mommy, it was un caso cerrado," Roxana says, a closed case. Yes, her mother says, it was a done deal.