When Times Get Tough, Drink Like There's No Tomorrow 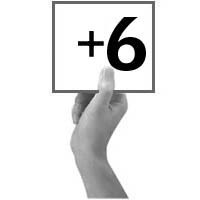 Better yet, start making your own booze.

We're not talking about moonshine — even though stills in the western part of the state are going gangbusters now that there are fewer agents to bust them. In Richmond, it's better to go legit with a profitable booze-making niche.

Paul McCann started Cirrus vodka in 2004 with premium potatoes and a hand-crafting process that's reaped tons of praise along with profits. Local breweries such as Richbrau and Legend figured out that bottling their brews would reach customers well beyond their restaurants. Virginia wines, including a dessert varietal from James River Cellars in Glen Allen, win awards worth toasting no matter what the economy's doing.

Of course we don't mind a good drink at the bar either. And when it comes to drowning our sorrows, we do it with local flavor. The craft cocktail in all its herbaceous and fruity glory became a big seller in a down market at such restaurants as Julep's and Balliceaux. A few bartenders started acting more like chefs as they whisked up organic blackberry martinis for a crowd that — dare we say it? — may have lost its taste for Pabst Blue Ribbon.

Alcohol Trend of the Decade: Made here, bottled here.