What’s Happening at the Byrd?

In recent months, four board members have left and the general manager was fired without reason, he says. 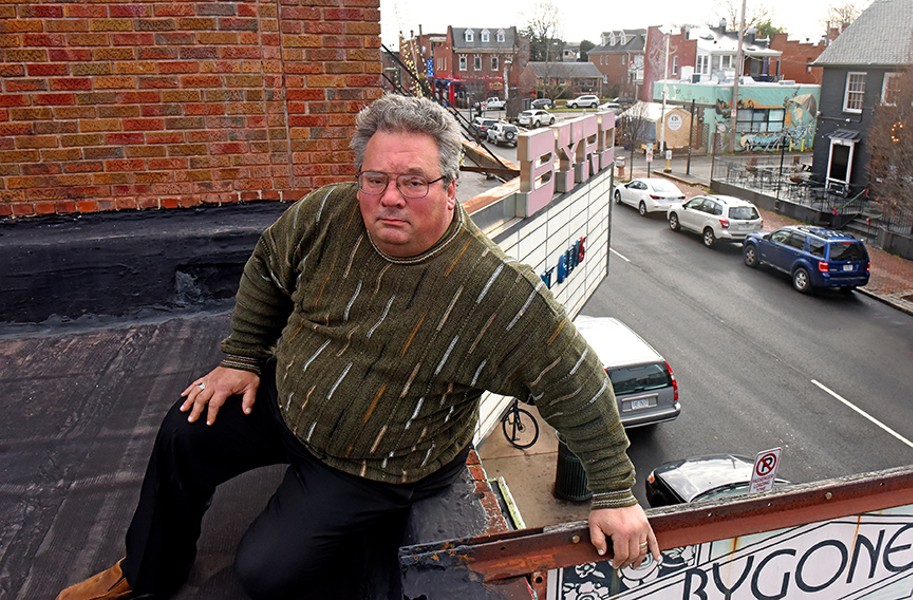 For the past 21 years, if one person could be called the face of the historic Byrd Theatre, it would be its general manager, Todd Schall-Vess.

Not only was he in charge of the daily operations and part-time staff, but he was the booker for the Byrd’s programming and often the sweaty guy up onstage introducing films and special events, dealing with snafus and faulty microphones.

But after being fired during a Byrd Theatre Foundation board meeting Nov. 19 without a reason, he says, he’s now considering taking legal action, adding that he is distressed that the part-time employees he once considered like his children can no longer speak to him on orders of the board.

“If there was some sort of fundamental breakdown, you would think that would be preceded with a discussion of some sort,” Schall-Vess says. “There was absolutely nothing. [The board] has not commented on why.”

Schall-Vess’ departure is part of a larger shake-up happening behind the scenes at the Byrd. Since the summer, the foundation board has seen four members leave, two directly in the wake of the firing of Schall-Vess.

When asked about the recent changes, board members referred Style to its marketing director, Lisa Rogerson, who told us she could not comment on a former employee and sent this blanket statement via email:

“The Byrd Theatre has exciting announcements coming in early 2020 related to recent fundraising efforts and strategic plan initiatives. The board is focused on our strategic plan, which is guiding our way. The strategic plan lays out key objectives: Achieving organizational sustainability; defining the Byrd Experience, restoring and renovating the building, cultivating programming and partnerships, growing the Byrd community and building a center for film and film literacy.”

To understand the recent changes, you need to remember how the Byrd has been operating for more than a decade.

Since 2007, there have been two principal aspects: a separate for-profit entity, 1928 Ltd., which runs the daily operations, and the Byrd Theatre Foundation board, which is primarily involved in fundraising. But in recent years, according to several close sources, there has been a faction on the board looking to consolidate power. At a special board meeting in October, it was decided to dissolve 1928 Ltd. as a separate entity.

Schall-Vess says that key members of the board want the Byrd to become like the former Westhampton Theater, basically an art-film theater. But the Westhampton, which also had a second screen upstairs, was going out of business, he notes, when it was snatched up by local developers and torn down. Regal Cinemas was not going to renew its lease with the theater, according to sources close to the sale.

“Often people on the board would talk about the need to create a brand for the Byrd,” Schall-Vess says. “But those of us who disagree would say the Byrd has a brand it spent 90-plus years creating. I think the Byrd, ideally, is a community resource.”

Peter Kirkpatrick and his wife Francoise, co-founders and co-directors of the French Film Festival, one of the Byrd’s signature events, say that Schall-Vess was integral to their festival and many like it, such as Pocahontas Reframed, which has Schall-Vess on its board.

“Todd has contributed so much energy and time that without him at the helm the last two decades, a lot of people in Richmond and the profession think the Byrd would’ve closed its doors,” Kirkpatrick says. “Film lovers around the U.S. and abroad owe so much to him, he has an international reputation. He and his team have made things run smoothly for us. … He has truly been a treasure.”

Kirkpatrick notes that Schall-Vess had the honor of being a member of the jury at the Cannes Film Festival for the Vulcain de la l'artiste technician award. “There’s no other general manager of any theater in the United States ever made a member of that jury,” he says.

After Schall-Vess’s firing, Kirkpatrick explains that the French Film Festival’s lawyer advised it to meet with members of the Byrd’s foundation board to make sure their festival was still doable without his contributions. Kirkpatrick says they were assured that plans would be made to meet their requirements.

At the heart of the matter, there seems to be a fundamental difference of opinion between the current board leadership and people like Schall-Vess and at least two of the former board members who left -- two others left after their terms were ending -- over the programming and strategic direction for the theater. Bob Ulrich, former treasurer for the board, left immediately after Schall-Vess’ firing.

“Todd’s ill-considered firing was dismissive of his many years of dedicated service to the Byrd Theatre,” he tells Style. “I hope that the Byrd Theatre will continue to serve the Richmond community for years to come. However, I could no longer associate myself with a group that would take such an action without notice or severance for the employee, or consideration of its impact on the organization.”

A source close to the board says that the current leadership has indicated that major donors do not want to donate for operations but rather for improvements, while the source adds “but you can’t run a single-screen, 1,200-seat movie theater with just box office and concessions when you have the kind of mortgage that place has.” The mortgage is between $700,000 and $800,000, according to the source.

Making a similar argument, Schall-Vess says that the art-house models that the foundation points to are less profitable and more dependent than the Byrd. He points to a financial study, conducted by Ulrich, that compared the Byrd with similar theaters in Virginia as well as art cinemas elsewhere – and says those figures showed that the Byrd’s single screen was more profitable on a regular basis than “just about anyone else’s.” Style has yet to receive the numbers at press time.

“My argument was never to not do [first-run art films], but that you can’t do it without a plan to support it,” Schall-Vess says, noting that the foundation board had discussed the idea of opening a second screen in conjunction with the Byrd, perhaps at a different location. “But it wouldn’t be the Byrd experience: the opulence, the organ, all those things that separate the Byrd as an entity.”

Schall-Vess says his termination doesn’t make sense because his position was not a barrier to the foundation board’s plans. “I think what they wanted was a yes man, and I’m absolutely not,” he says. “But there’s nobody on the board who has any experience in operating the theater at all.”

He notes that he was given a thank-you card roughly a week prior to his dismissal, after the Big Lebyrdski festival, from the board which reads that his “leadership and dedication has kept the Byrd doors open and viewers happy.” Then, he says, “somewhere between Nov. 9 and Nov. 19, they went from thanking me to ‘you’re gone.’”

Schall-Vess admits that he’s not the easiest person to get along with: “I don’t suffer fools easily,” he says. “But I think there were people on the foundation who really resented my identification with the Byrd.”

As general manager, he was the theater’s only full-time employee, overseeing around 14 part-time employees, he says, with a core of seven or eight. The board is now using a film booker, Balcony Booking, based in Massachusetts, and is dividing the rest of his job up between other part-time employees.

Virginia is an at-will employment state, so any legal action for Schall-Vess would likely boil down to a contract situation – and he says the board told him they do not have a copy of any contract with him. However, he says he has a partial contract, going back to 2007, as well as a witness, Tony Pelling, who was the first president of 1928 Ltd.

“One of the problems with the foundation as an organization is that it doesn’t have any institutional memory at all, no continuity,” Schall-Vess says. “In the absence of a different response than we’ve gotten about severance, there will be legal action.”

So how might these changes affect local film series at the Byrd? According to a source close to the board, locals can still approach the board with ideas.

Schall-Vess says that he most now “re-imagine my life. … Managing the Byrd was not just a job for me, it was part of who I was.”

As Kirkpatrick says: “the history between the Byrd and Todd will remain in the community’s memory and the celebration of that building.”