Why the return of the business community’s favorite city manager means more than you might think. 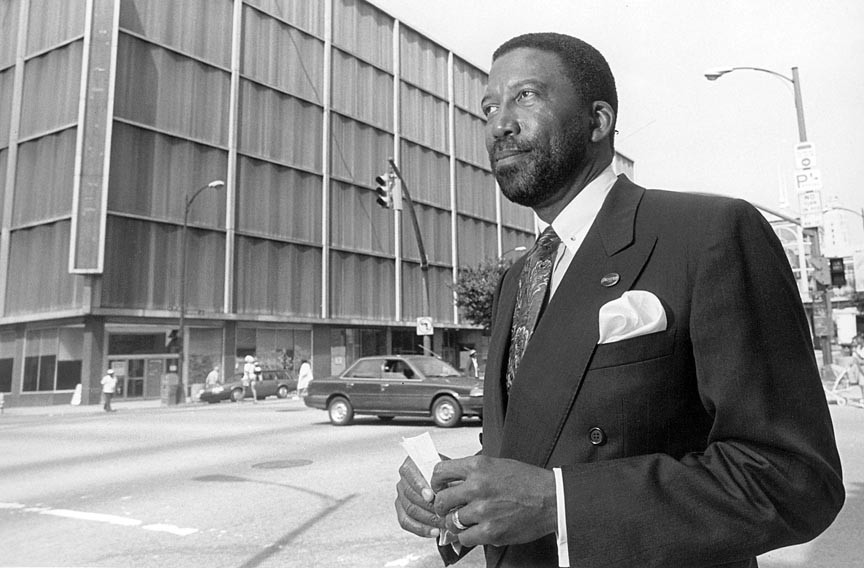 What the mayor's public-school budget task force needed was a familiar face. That's the simplest explanation for Robert Bobb's return to Richmond politics.

Bobb served as city manager from 1986 to 1997 before leaving for Oakland, Calif. He made his grand re-entry last month when Mayor Dwight Jones hired him to assist his highly politicized Schools Accountability and Efficiency Review Task Force to chip away at the Richmond schools' $23.8 million budget gap.

But what got the ball rolling was a chance encounter with committee co-chair James Dyke at a March meeting of the Washington Chamber of Commerce.

Tensions over the city school district's massive shortfall had been brewing for months. In February they boiled over when the School Board declined to make recommended cuts to the budget before sending it back to the mayor.

Hiring Bobb was a savvy political play by Jones, insiders say. The key evidence lies in Bobb's $35,000 consulting fee: The Greater Richmond Chamber is picking up the tab. Despite Bobb's long absence from public office, he remains a favored partner to business leaders. But why? And what does his return signal about the business community's role in the political drama that's engulfed city schools?

"It was his business acumen," a former Richmond mayor, Roy West, says. "He knew as much about business enterprise as the big boys did. He made sure that those that were on the wrong side of power were protected. At the same, time he knew how to do deals. And that's what endeared him to the business community."

Back then, Richmond was at the proverbial crossroads, West says. The city was home to multiple Fortune 500 companies. Some, like Massey Energy, were homegrown. This was just as Virginia Commonwealth University and its ambitious president Eugene P. Trani embarked on a long expansion of the university's footprint.

Long divided by race and affluence, the city was poised to "move forward," Bobb recalls, "and there was a willing partner in the business community." It was the decade that saw the blossoming of Richmond Renaissance, the crusading bi-racial group that evolved into Venture Richmond. The city worked with the group on multiple projects in the 1990s. Buoyed by a booming economy, the city embarked on dozens of major capital construction projects. The multimillion-dollar flood wall in Shockoe Bottom, 6th Street Marketplace and the Canal Walk all were — at least in some part — shepherded during Bobb's tenure.

"Those projects came to fruition because Bobb had a knack for pulling together stakeholders and persuading everyone to agree on the standards for development," says Diane Linderman, who was hired as the head of the Department of Public Works in 1991.

Take the SunTrust building, off Belvidere just south of the river. Local architect Lawrence E. Williams says he and Bobb worked together under former Mayor Walter T. Kenney while the property was being developed. The initial idea was to develop the property into residential housing, Williams recalls. But he says Bobb "was aggressive enough to resist that."

Instead, Bobb successfully lobbied to get SunTrust Banks to expand its Richmond operations and relocate across the river in the mid-'90s "because a corporate tenant would increase the tax base more than housing would," Williams says. But SunTrust's expansion also came at a time when the city was reeling from losing several of its biggest banks to acquisition at the hands of financial giants in North Carolina.

During his 2008 bid for mayor, Williams said that if elected he would bring Bobb back as chief administrative officer. Today he's not sure that would have worked. Following the changeover to an elected mayor form of government, the city might not have embraced Bobb's aggressive style of management, Williams says. "I'm not sure if it — or he — could work in this system," he says.

Bobb was relieved of his duties as city manager in 1997 following then-City Councilman Tim Kaine's installation as mayor. Bobb reappeared in 2008, part of an attempt to install him as Richmond school superintendent. That same year, his Washington-based consulting company, the Robert Bobb Group LLC, competed with multiple groups for the right to develop North Boulevard and the area surrounding The Diamond. (He also continues to purchase suits from Franco's Fine Clothier and commutes south to Richmond frequently for events sponsored by the Richmond chapter of the National Negro Golfers Association, of which he remains a member).

Amid the wrangling, Mayor Jones has packed the budget task force with local business heavyweights such as Eva Teig Hardy. For his part, Bobb's approach to education is decidedly businesslike.

"I told the superintendent [Yvonne Brandon] that she has put together some wonderful programs, but to retain students, the school system has to market what they're doing," Bobb says. As for the budget, his group's preliminary recommendations would knock the unfunded portion of the school district's budget down to $244,751. The preliminary plan calls for 92 staff reductions. That's down from the 300 school employees who would lose their jobs under previously floated plans.

Still, not everyone is singing hosannas.

"It's all political," West says. "It's clear that there's a hidden agenda. The mayor and this task are trying to discredit the school administration so that they can install who they want, and Bob Bobb, for all of his good intentions, is an instrument of that."

So is Bobb being primed for a more permanent position at Richmond schools? He's expressed interest in public education here, and served as an administrator in Washington public schools.

Bobb says he's not interested in a full-time return to Richmond — at least not yet. "My firm is certainly interested in doing business in Richmond," he says, citing development projects in Dove Court and a lingering interest in the development of North Boulevard. "You would never say never," he says, "but I don't think it's on the horizon." S