We’ve Been RVA, but We Want to Be Richmond

The executive director of Studio Two Three looks back at a decade of holding space for artists. 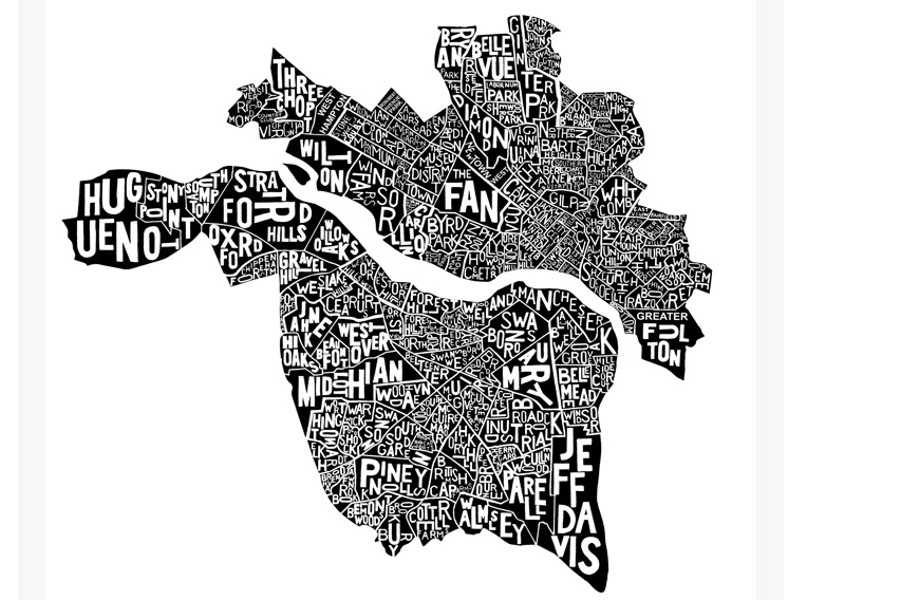 "You don't have to leave Richmond, damn it."

I repeated this mantra to myself in the months after graduating from Virginia Commonwealth University. At art school, my peers and I had found a place of constant creative challenge grounded in meaningful exchange. Upon graduating, we had a problem: The type of artist community we wanted didn't exist outside of the university bubble.

As recent graduates, we were trying to find our place as artists in a city that undervalued the economic and civic role of the arts. Too often, university towns churn artist graduates out only to have them leave for bigger cities with more opportunities. In 2009, we co-founded Studio Two Three to push back against this trend. We wanted Richmond to be an anchor city instead of a gateway.

We rented a small studio, Studio No. 23, hence the name, bartended to pay the rent, and put everything we had into starting this dream. We provided artists with a 24/7 space to work, printmaking equipment and a supportive community.

For a few years, the space we created looked a lot like us - young, tattooed white ladies with a punk-rock, do-it-yourself ethos. As we grew, we recognized how important and challenging it is to build a space that reflects the wholeness of our community, beyond the reflection we see in the mirror.

Our doors opened on the cusp of the citywide campaign to re-brand Richmond as RVA — an arts forward city full of culture and craft businesses. The RVA campaign was a collaborative marketing effort to shift the narrative of the city from murder capital to creative renaissance. While this re-branding provided an important counternarrative, its hopefulness masked the stark inequities that were arising through the rapid growth of our city's economy.

In his 2017 article "We remain two Richmonds," Richmond Times-Dispatch columnist Michael Paul Williams articulated how the shift in branding had only highlighted the disparities between Richmond and RVA. The city's East End and South Side neighborhoods were dealing with the economic violence of food deserts, deteriorating or dangerous school buildings and inadequate public housing. Meanwhile, in RVA, craft breweries were exploding, the food scene was in the process of becoming nationally known, and there was even briefly a store for bespoke broomsticks.

It was within this context that Studio Two Three grew from a 400-square-foot studio to a 13,000-square-foot space. Aware of these disparities, we made a commitment to expanding our circles of engagement through workshops, partnerships, field trips and in-kind support to initiatives that have their boots on the ground every day, working to make our city more equitable.

While consciously working to advance these goals we experienced personal moments of hard growth. In 2014 we hand-carved a map of Richmond that was geographically wrong, unwittingly excluding vast sections of the city. We had created an inadvertently racist map, but the inadvertent part did not make the racist part any better. Looking at that design today, it is very clear that it is a visual depiction of RVA at the expense of much of Richmond.

After 10 years, we remain committed to do-it-yourself production as a tool for democratic engagement. We are embracing the growing pains of becoming an anchor institution. We've come to terms with the fact that sometimes, in the course of building an organization, the biggest, most transformative lessons come only when you screw up, own up to it, and do better going forward.
We still have work to do, but here are some of the concerted efforts we are making today:

Clarifying our core: Artists are our reason for being. They are our members, instructors and teachers. To support them even more, we are working on a career training program so that artists can be successful on their own terms.

Artists aren't one color, or gender, or orientation, or economic status or ability. We are working to ensure that our board, staff and artists reflect a broader diversity in order to create a place that is welcoming, inclusive and always changing. We're not there yet but we are committed to a long-haul vision for this transformation.

We remain grounded in printmaking's rich history as a tool for civic engagement. Our community has asked for programs to help it use art-making as a tool for voice and we're listening. We will continue to build programs that are informed by the organizational values that we are working to articulate through a strategic planning process. However, right now, at a high level, we are comfortable saying that we will never enable racist, sexist, transphobic, homophobic or bigoted speech.

We're grateful for the booming creative economy that has given us our livelihood, yet we are now tasked with growing into an organization that is deeply rooted in both Richmond and RVA.

Side note: We worked with Richmond city planners to create a new hand-drawn map of Richmond that is representative of the city we love, as a whole. If you purchased one of our 2014 maps, we invite you to exchange it for a new one.

Ashley Hawkins is co-founder and executive director of the nonprofit Studio Two Three, which kicks off its 10th anniversary celebration with the silver factory annual auction on Saturday, Sept. 28, at 6:30 p.m. The live auction begins at 8 p.m. at 3300 W. Clay St.

She can be reached at ashley@studiotwothree.org.