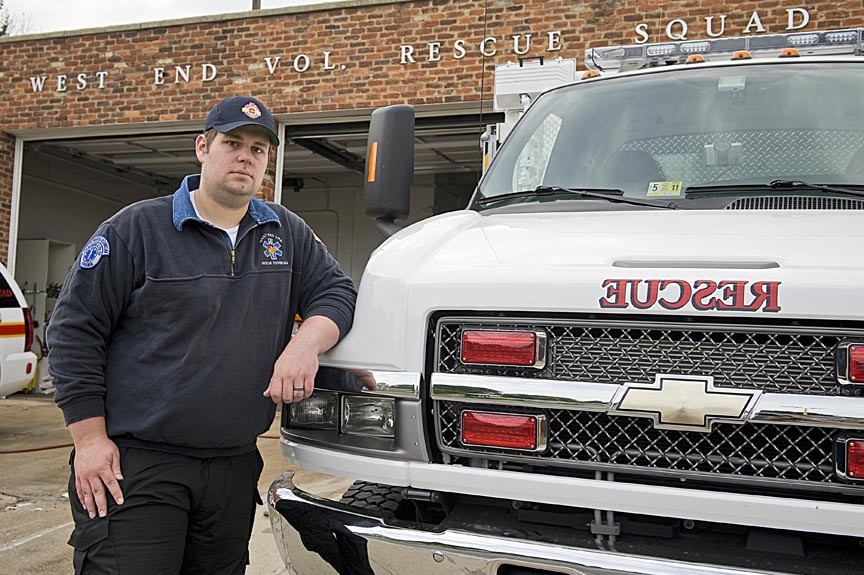 In the city limits, an uninsured person's best bet to avoid a pricey ambulance ride is the West End Rescue Squad. But if that agency's finances don't improve this year, all bets may be off.

Years of decreasing donations are taking their toll on the 51-year-old, all-volunteer squad, which responds to 911 calls and provides free medical coverage at community events. Tom Hudson, a medic with the squad, says donations have declined 75 percent from $372,000 in the fiscal year ending June 2008 to $95,000 in 2010.

The decline has been slow and steady — blame the weak economy and the squad's low profile — but the shortfall isn't sustainable, say Hudson and his wife, board member Sara Hudson. After operating at a deficit for about two years, the squad faces closure in about a year if donations don't improve.

The demise of West End Rescue would also mean the loss of free health services and an important entry point for volunteers to train for health and public-safety jobs.

"Even though we are a relatively small piece of the puzzle, it's still a piece that has to be filled in by some means or another," says Tom Hudson, a Richmond police officer who got his start in public safety at West End Rescue. "The slack has to be picked up somewhere."

The Richmond Ambulance Authority, which dispatches rescue squad volunteers as well as its own responders, could absorb the loss without an increase in response times, says Chip Decker, chief executive officer.

Still, he says, West End has the city's only mobile mass-casualty unit, and it has provided welcome assistance with many events, including Gov. Bob McDonnell's inauguration and, more recently, the downtown basketball celebrations.

"They are an asset for the city," says Decker, who started his career as a rescue squad volunteer in Roanoke County.

Though based in the West End, about three-fourths of the 1,200 to 1,500 calls the squad receives each year come from other city neighborhoods. While ambulance rides typically cost $500 or more, West End transports people for free.

Sara Hudson says past donations have allowed the squad to purchase three state-of-the-art ambulances, a heavy rescue truck and a quick-response vehicle.

"We have the equipment; we have the personnel," she says. "Our biggest problems are keeping the lights on, maintaining our buildings, putting gas in the vehicles." — Karen Shugart