The "Unbound" photography show at Candela Gallery introduces artists and buys stuff too. 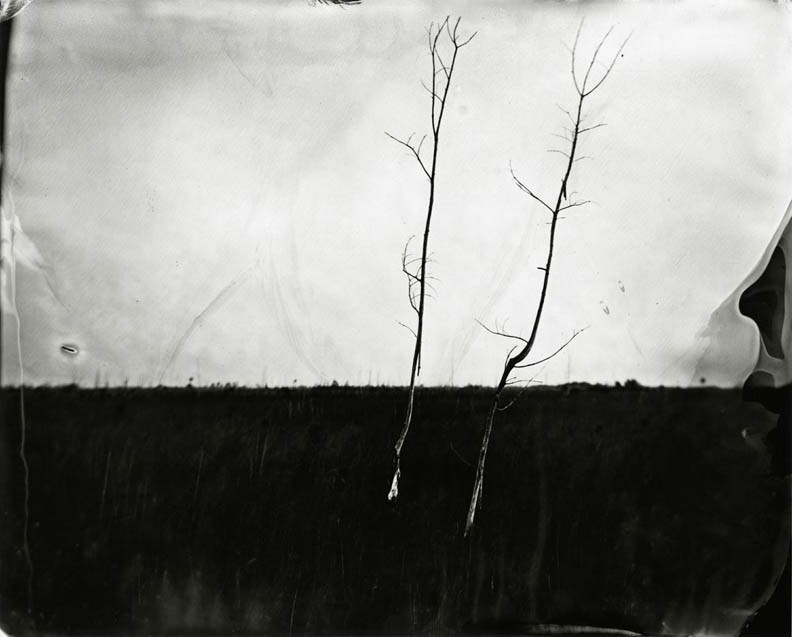 The founder of Candela Books and Gallery isn't an art snob. "I don't want to be in some sort of ivory tower," Gordon Stettinius says of "Unbound II" the new photography show on exhibit. "It's the one show a year where anyone can submit work."

"Unbound" originated last year as a way to keep the summer months interesting and get the community involved. The eclectic photo exhibit is an invitational, a way of bringing nationally respected artists to town, as well as a juried exhibition celebrating photographic artists from all over the world.

The show's purpose is to not only provide exposure for the artists but also hold an event on closing night that raises money to buy some of the pieces. Eleven works were chosen and purchased from last year's show, Stettinius says. They included Alex Artz's "Melanie and Dillie, Canal Fulton, OH," a jarring image that shows a woman with a doe standing on a bed, which got a lot of attention during the run.

"We had more submissions this year — over 400 artists," Stettinius says. "We could have done two shows. Working with Amy may have changed things a bit. We decided on 15 to 18 pieces, done, but then we haggled with each other over the larger set that was left. About half weren't quite there yet, but there was great quality to the field, which made it competitive."

The exhibition features 39 artists at various stages of their careers, but not much in the way of traditional beauty, a similar intent to last year's "Unbound!"

The photographs represent a range of techniques, including silver gelatin prints, photogravure and, because this is the 21st century, digital. "The show is heavy on alternative processes," Stettinius says. "Some pieces I'm pretty smitten with. This piece looks whimsical, but it's road kill. There are lots of process-oriented photographs. There's blown glass with photographic imagery on it. There's a three-month-long pinhole exposure that's already been sold. In fact, two pieces have already been sold before the show even opens. These artists are pushing the definition of photography around a little."

The fundraising and gala event that closes the show Aug. 3 promises to be as multifaceted as the exhibit, with local band Photosynthesizers playing, chicken being fried in the back alley, Richmond Comedy Coalition Theater providing laughs and female arm wrestlers, R.A.W.F.L., on hand to compete and entertain. Add in adult snow cones in margarita flavors, a laser cake, a raffle, a DJ and a limited edition poster made by Tripe Stamp Press, and it's a quirky recipe for a night of fun and fundraising.

Stettinius says he expects to buy more pieces this year now that a collection's been started. "I hope to eventually donate it to the Virginia Museum of Fine Arts, although another museum has been sniffing around, so we'll see," he says. "Having a show that buys works is a fairly novel concept," Stettinius says. "The photographers dig it." S