by Colby Rogers and Brandon Fox 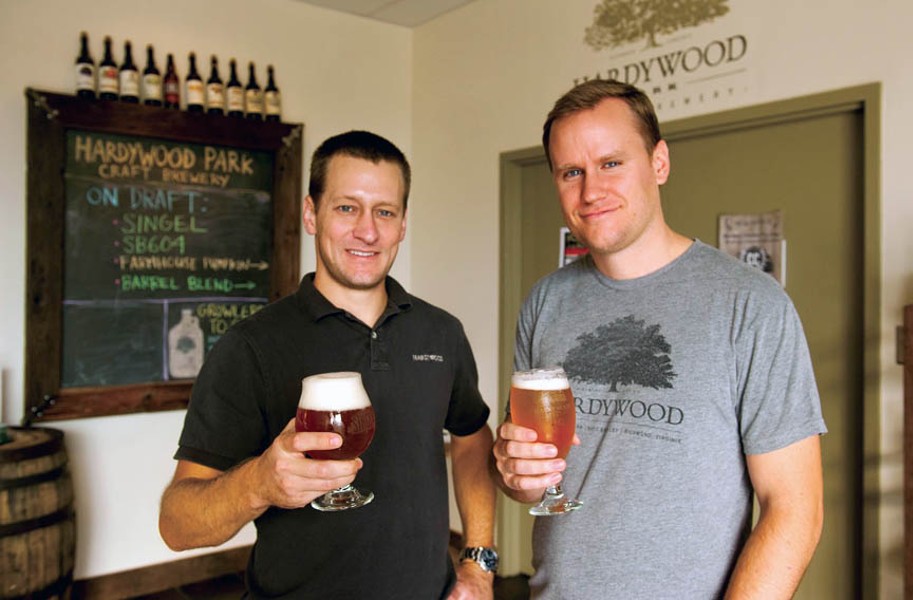 If there’s a summertime activity Richmonders love more than festivals and floating down the river, it’s drinking. In fact, the first two usually are combined with a little imbibing along the way as well. And that’s not a slight — there’s a reason the city has become known as a beer haven over the past few years. We love it whole-heartedly. To celebrate Richmond’s favorite beverage, here’s a roundup of delicious summertime brews to seek out.

The Virginia Craft Brewers Guild has announced its leadership council for 2017-2018. Hardywood Park Craft Brewery co-founder Eric McKay will serve again as the chairman. “I wanted to finish some of our most important work before passing the torch, so I am appreciative of the opportunity to serve a second term,” he says in a news release. The guild is dedicated to helping small commercial breweries grow in Virginia. Some other Richmond faces on the council: Hunter Smith of Champion Brewing Co., Neil Burton of Strangeways Brewing, Lisa Pumphrey of Lickinghole Creek Craft Brewery and Kate Lee of Hardywood. virginiacraftbrewers.org.

The popular Starr Hill Brewery in Charlottesville has a notable release to keep an eye out for this summer. This first is the brewery’s inaugural can variety pack: It features Grateful Pale Ale, the Hook Grapefruit Session IPA, the Love Wheat Beer and Warehouse Pils in a 16-pack of colorful cans. Of interest in this new beer bundle, the Grateful Pale Ale has been remastered with more citrusy hops and a fuller body, the brewery says. Plus, the Love Wheat won a gold medal at this year’s Virginia Craft Beer Cup. Starr Hill says this will be a limited run, so you’d better stock up quick for your next barbecue. starhill.com.

Sometimes you just have to get out of town, and if this sounds like you this weekend, well, the rest of Virginia has got you covered — there are 206 breweries in the state and 260 wineries from which to choose. Mark the following destinations on your map:

New Orleans Festival: June 24. James Charles Winery, Winchester. The French Quarter meets the mountains, with Louisiana cuisine, rockabilly sounds and Mardi Gras beads everywhere. Try not to get any in your wine. And please keep your shirt on. jamescharleswine.com.

The Summer Beer Festival at Virginia Tech: June 24. Blacksburg. Show your Hokie pride — or Hokie admiration — through the medium of beer. More than 40 will be on tap alongside live entertainment and local food. alumni.vt.edu/beerfestival.

The latest Boathouse, at City Point in Hopewell, opened this past Saturday, and it’s a beauty. The restaurant is situated right where the Appomattox and James rivers meet, and boasts a 1,257-square-foot-patio. Regular hours start Wednesday, June 21, at 11:30 a.m. boathouseva.com.

Joe Kiatsuranon, part of the Mom’s Siam family, owner of My Noodle Bar and co-owner of Sabai, launched his latest venture in the old Osaka space in Short Pump. YaYa’s Cookbook was named in honor of his mother and grandmother, and in addition to Thai classics, it will also serve sushi and Hong Kong-style cuisine.