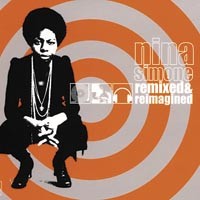 Better labeled a classic as opposed to "old," Nina Simone's legendary alto mingles with contemporary trip-hop beats and eclectic grooves on this collection of her best tracks reworked to inspire lounging and perhaps a sashay or two. Bridal showers and casual luncheons will resonate with cool by including tracks like the scatalicious "Turn Me On" and "Here Comes the Sun." While not for the purist who might enjoy Simone's original tunes sans the influence of a DJ, the funkier bride-to-be will revel in the hipness of this disc.

Not since Gwen Stefani bounced onstage with No Doubt has pop music seen such a charismatic and fashion-savvy songstress. With a contagious pop-rock personality and impeccable pipes, the fiery-maned Hayley Williams is a suitable successor to fronting the next big thing. Fully loaded with sassy lyrics and youthful pop-punk anthems, Paramore's second full-length disc is 100 percent high energy. Spin "CrushCrushCrush" or "Fences" to get your bachelorette party rockin'.

Singer-songwriter Chan Marshall, aka Cat Power, is known for crafting some of the most memorable indie-rock songs of the past few years, and she knocked the socks off critics when she joined forces with the Memphis Rhythm Band for the original white-soul gem "The Greatest." Her anticipated second collection of covers borrows from the catalog of Bob Dylan, Aretha Franklin and James Brown, among others. "Song to Bobby," the only new track on the album and penned by Marshall, will surely please fans eager for new material. From mom to maid of honor, everyone will find a song to sing along to on this track list.

Bettye LaVette
"Scene of the Crime"

Singing the blues is probably not something you'll be doing while preparing for the big day, but there's no doubt you'll need a break from the chaos that surrounds the event. Bettye LaVette's buttery vocals will soothe and settle the anxious mind and soul. Think the confidence and slight rasp of Tina Turner meeting aching melodies and easy, warm rhythms. A full glass of wine, a hot bubble bath and a sultry little cut called "Talking Old Soldiers" is the perfect way to wind down from months of preparation.