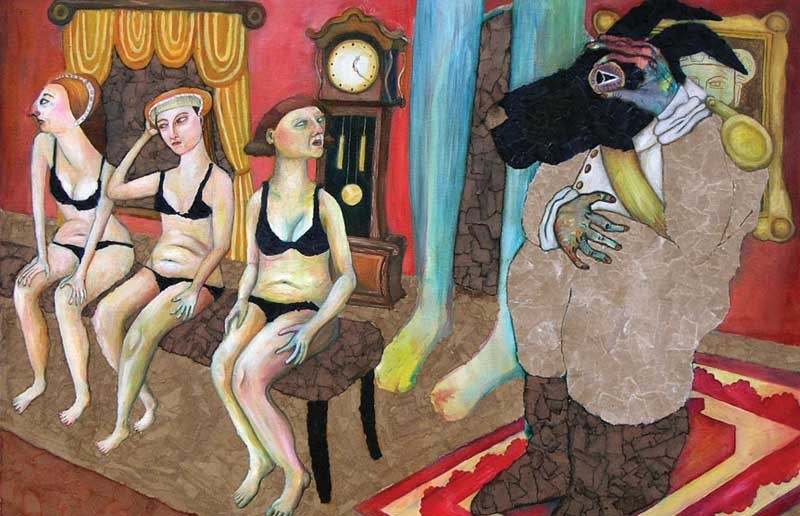 When Jordan Bruner was young, she'd come home from playing at other children's houses and ask her mother, Vicki, "Where's their studio?"

While Vicki Bruner grew up in a family in which her parents did everything they could to steer her away from an impractical career as an artist, she did the opposite with her two children, Barry and Jordan.

"I bought them rolls of paper and all kinds of supplies," Bruner says. "As children, they were very creative and given a lot of opportunities to express that. They grew up with art as a second language and thought everyone grew up like that."

That second language will be on display this week at Metro Space Gallery, with a Bruner family group show, "Animal Dance."

"It's interesting to see," Jordan Bruner says. "We work in different mediums, but we were both influenced by Mom growing up. So stylistically there's a common thread, but very different subject matter."

Jordan, who got her first video camera at age 12, has been nominated for an Emmy for her film work with PBS. She started at Virginia Commonwealth University in illustration and switched to the kinetic imaging program to combine her love of animation and film.

"But I always try to paint whenever I can," she says. "I really love it in my spare time because it's relaxing. It's more immediate where making a film is satisfying. There's a painting in this show related to one of the films I made."

Barry Bruner's past work has been mainly for editorial and advertising clients, created almost entirely digitally.

"The pieces for this show are somewhat of a departure," he says. "This new work was the result of a bunch of ideas I've had on the back burner and some of them have a more serious and darker tone to them. Although stylistically these pieces resemble my past work, I silk-screened them, which was a new approach for me." 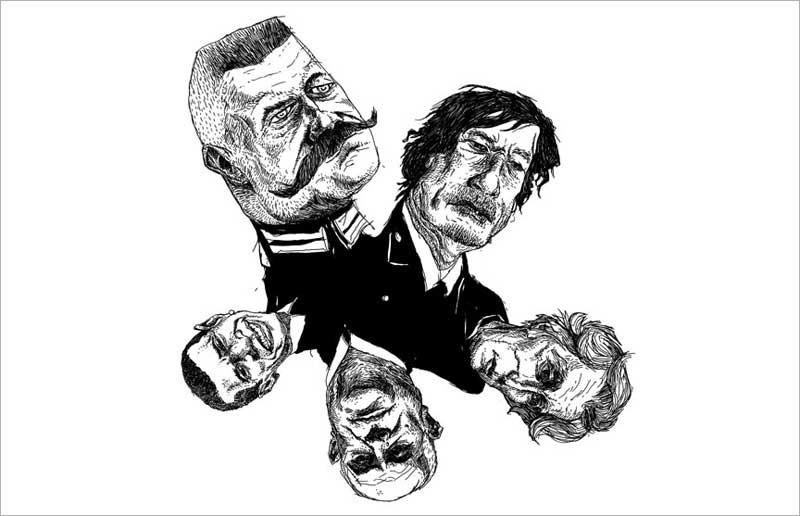 Vicki, meanwhile, started out wanting to be a cartoonist and began painting in college, eventually becoming an illustrator. "I did a lot of poster and T-shirt design, so my work really tightened up. I'm trying to go back and untighten it now," she says, laughing. "There's a lot of humor in my work, a lot of layers. I like to have fun. I would always start with a title and go from there, experimenting with different techniques within the same framework."

The show originally was slated to include only Jordan and Barry's work until Metro Space Gallery's owner, Kate Horne, invited Vicki to make it a full family affair.

"It's an unthemed show but with a common thread. When you see the work, you'll see how we were influenced by each other but have gone in different directions," Vicki says. "I love these guys and know them well." S