Richmond may be dithering while its water supply dwindles. 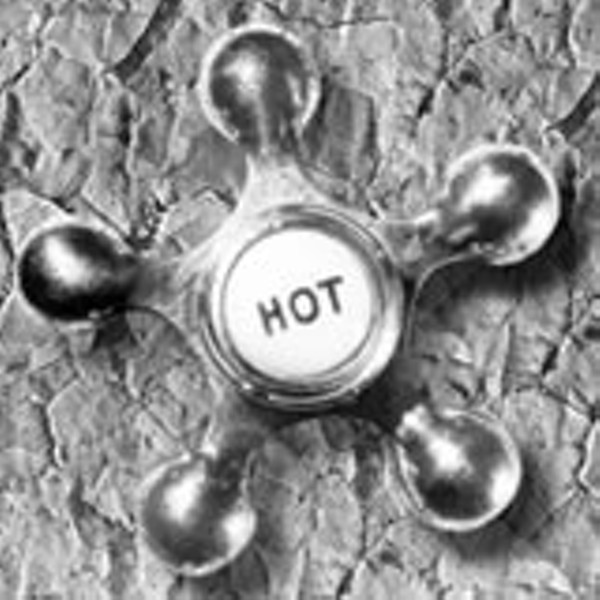 While dozens of localities have banned virtually all outdoor water use, Richmond allows residents to soak their yards, shrubs and gardens three days a week. On designated days, residents can use an unlimited amount of water and are not restricted to night hours, when the amount of water lost to evaporation is minimal.

"To simply say you can water every other day is not enough," says Don Wilhite, director of the National Drought Mitigation Center in Lincoln, Neb.

Wilhite says the odd-even day system could even prompt some people to increase consumption: "There are people who might not be watering their yard every other day," he says. "Now, all of a sudden, they feel, 'I can't miss a day,' so they start watering more."

Richmond has been able to avoid imposing any meaningful restrictions because — for the moment, at least — there is enough water in the James River for the city to withdraw more than 100 million gallons a day. That makes Richmond an area of relative plenty compared to some of our neighbors around Virginia that are experiencing almost biblical drought conditions, with reservoirs evaporating and streams drying up.

But critics say Richmond is simply paying lip service to conservation while looking for ways to keep the water meters spinning.

"If there are real restrictions, the city will lose money," says Patricia Jackson, executive director of the James River Association, a conservation group. "There's this attitude as long as there is a drop of water left in the river, we'll take it."

Critics also point out that the restrictions effect only residential customers, who account for one-third of the water consumption. Commercial and industrial users — which account for two-third of use — face no significant limitations.

Gary DuVal, acting director of the city's Department of Public Utilities, calls the mandatory water restrictions "Phase One," and says they at least have people thinking more about conservation. The program will be considered a success, he says, if consumption is reduced by 10 percent and less stress can be placed on the water-treatment plant, which has been operating at nearly its full capacity of 132 million gallons a day.

"Selling water is how we make money, so we have to balance a lot of things," DuVal adds.

In a matter of days, however, Richmond could find the amount of water available from the James River limited. Throughout the summer, the James River has remained an adequate water supply for Richmond only because the U.S. Army Corps of Engineers has been able to augment the amount of water that reaches the city. The corps has been releasing 280 cubic feet of water per second from Lake Moomaw, a 2,300-acre impoundment on the Jackson River near the West Virginia line. (That amount is scheduled to be reduced this week.) As the drought has intensified, water from Moomaw has come to account for 40 percent of the James' flow at Richmond.

Anxious Richmond officials are monitoring the Moomaw situation daily. So far, DuVal says, the reservoir has been releasing far more water than it's receiving. Unless there is significant rainfall in the next week, the corps may reduce the amount of water flowing into the James.

A reduction in the river's water flow would force City Council and surrounding counties to impose a total ban on outdoor water use by residential customers. In addition, they would have to ask huge industrial users such as Philip Morris to find ways to save water.

DuVal says city officials are talking with counterparts in Roanoke and other localities that have imposed tougher restrictions. For example, Chesapeake, like many communities, has banned all lawn watering and permits plants and shrubs to be watered only with up to a 3-gallon container. Roanoke has banned all outdoor water use, including washing cars. In Orange County, municipal water customers who do not reduce consumption will pay a heightened charge of $10 per 1,000 gallons — more than three times the usual rate.

Jackson says the fact that Richmond can dither in the face of looming shortfalls underscores the need for a coordinated state water policy. The James River Association has asked the Warner administration to declare the James River a surface-water management area, which would trigger mandatory restrictions when thresholds are reached. The Warner administration has said it will study the proposal during the next two years.

"Localities treat water as a commodity to sell, not as a resource to protect," Jackson says. "It's the state's responsibility to protect the resource. And they're not doing it." S