After activists publish some documents found next to trash can, Richmond police file a lawsuit — again. 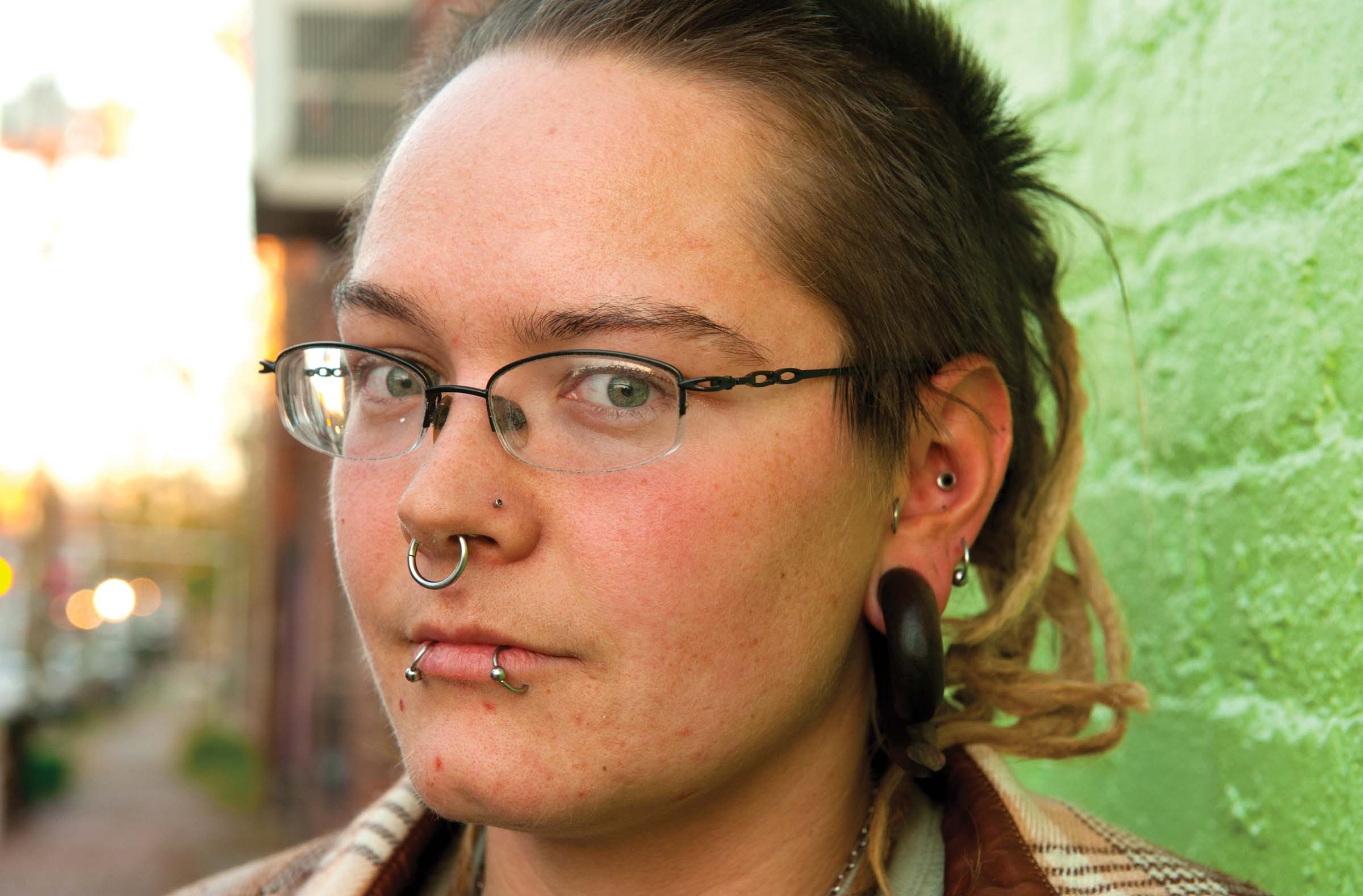 The Richmond Police Department says a trove of files posted anonymously online contain officers' personal contact information and put undercover operations at risk. They want them back — or at least off the Internet.

Mo Karn, a member of the Wingnut Anarchist Collective in Barton Heights who linked to the documents on her website, wingnutrva.org, says her source found the portable hard drive fair and square: On the ground in a parking lot near a trash can. She says it contained a quiche recipe, family photos and, yeah, hundreds of the Richmond Police Department's internal documents and communications.

The week before Thanksgiving the whole thing broke into a contentious lawsuit that resulted in two separate orders from Richmond Circuit Court Judge Gregory L. Rupe demanding that Karn and Nathan Cox — the latter operates the libertarian-leaning Virginia Cop Block — remove the documents from their websites. Karn and Cox say they've complied as best they can, considering they didn't actually upload the information and don't have the hard drive.

Still, they're unapologetic and ready for a fight.

Both Karn and Cox are advocates for transparency in police operations. They've been known to record video of officers when they're ticketing or arresting someone — a tactic they say helps prevent police from abusing their power. Karn says most of the information on the hard drive is just standard departmental manuals that should be available to anyone under state's Freedom of Information Act. She doesn't buy the police department's claim that the files pose a serious threat to officers or their investigations.

"I would say that if the police have files that are of life or death importance, they shouldn't be putting them on USB sticks and taking them home," Karn says. "I'd expect that they have better security protocols on their end. The reality of the situation is that the police really like to exaggerate the amount of danger that they're under in general."

Karn and Cox are being represented by lawyer Andrew T. Bodoh of Thomas H. Roberts and Associates. He says the case is a strange one and brings up serious questions about the rights of his defendants. "It raises concerns that this is basically an attempt to strong-arm the defendants into handing these documents back to them without the due process safeguards that are in place to protect their First Amendment rights and rights to property," Bodoh says.

Richmond police officials didn't respond to a request for comment, but according to court filings the most sensitive documents posted include a list of officers' personal contact information, including their home addresses and cell phone numbers. Some of the documents, such as daily activity logs and reports, also allegedly contain information about ongoing and completed investigations that police say would "enable the discernment of the names of still confidential sources or informants to criminal activity."

All the filings in the case were sealed until the middle of last week. When the police filed their initial emergency motion with the judge Nov. 16, they asked him to keep the proceedings a secret because they worried publicity around the suit would lead more people to the "highly sensitive information concerning RPD operations," and "disrupt ongoing criminal investigations and jeopardize the safety of police officers and citizens."

The bulk of the documents, however, are fairly dry operations manuals for officers. They spell out everything from how officers are supposed to interact with retail security guards to how to proceed in routine drunken-driving investigations. For example, if a preliminary breath test indicates a blood alcohol content of .05 to .08 percent or below, officers are directed to release the suspect.

That's the kind of information Karn and Cox say should be public. Cox, 30, of Hanover, founded Virginia Cop Block as a state chapter of CopBlock.org, which aims to increase police accountability by filming police actions and educating people about their rights when interacting with the police.

Similarly, Karn operates what she calls Richmond Copwatch, which also endeavors to educate the public on police tactics and policies. This is the second time she's been sued by the Richmond Police Department over internal information she posted online. In January 2011 Karn posted policy manuals on her website that the police had released to her in response to a Freedom of Information Act request. The police claimed they'd made a mistake in releasing the information but dropped the suit after the American Civil Liberties Union agreed to represent Karn. S