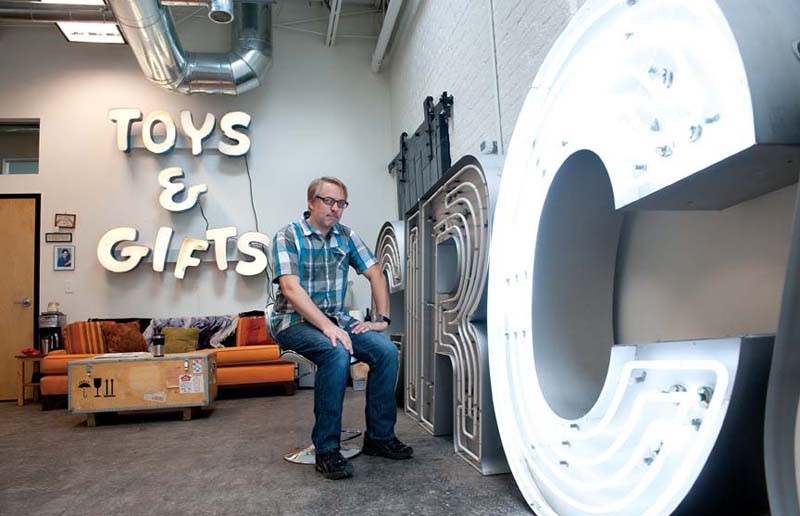 In the early 1930s a Wall Street banker for Lehman Brothers, Paul Mazer, said: "We must shift America from a needs to a desires culture. People must be trained to desire. To want new things even before the old has been entirely consumed. We must shape a new mentality in America."

The success of this invention of desire rested on the creation of a new commodity, dubbed public relations by Edward Bernays, nephew of Sigmund Freud, both of whom operated from the belief that humans are inherently aggressive and volatile and must be controlled for a stable society to exist. American businessmen quickly saw the potential economic power in this stance, and at the 1939 World's Fair, Bernays promoted the first ideological link between democracy and capitalism to the general American public.

This persisting link ultimately jump-started photographer Brian Ulrich on his journey to capture images of dead and dilapidated malls, big-box stores and thrift stores, as seen in his internationally recognized photographic series, "Copia — Retail, Thrift, and Dark Stores." Ulrich writes that the patriotism-equals-consumerism concept hit home in the aftermath of 9/11: "The communal sense of grieving, healing and solidarity that broke down social walls as our nation grappled to make some sense of the tragedy of September 11th was quickly outpaced as the government encouraged citizens to take to the malls to boost the U.S. economy."

Ulrich, recently transplanted from Chicago to Richmond, is assistant professor of photography at Virginia Commonwealth University. He occupies a studio in the Flats Factory in Manchester, an L-shaped industrial space lined with massive old storefront signs ("Circuit City" and "Burt's Shoes") and piles of vintage retail paraphernalia. The signs are reworked to become sculptural installations that support his photographic work in "Copia," acting as a spatial extension of the flat photographic images. Ulrich's photos are large-scale color prints made with technical and compositional skill. They promote his political and social agenda by asking people to be self-critical about their actions as consumers, and about the consumer culture in which we live.

Ulrich considers his photography propaganda, in the original neutral sense of the word that refers to the providing of information to influence an audience. He believes the photograph always has been a propagandist medium because people simply want to believe what they see in a photo, and because context and content are so innate to the photograph. He aims to employ the same techniques and language previously used to condition our consumerist behavior in an attempt to subvert it, in a public-relations campaign toward consciousness. 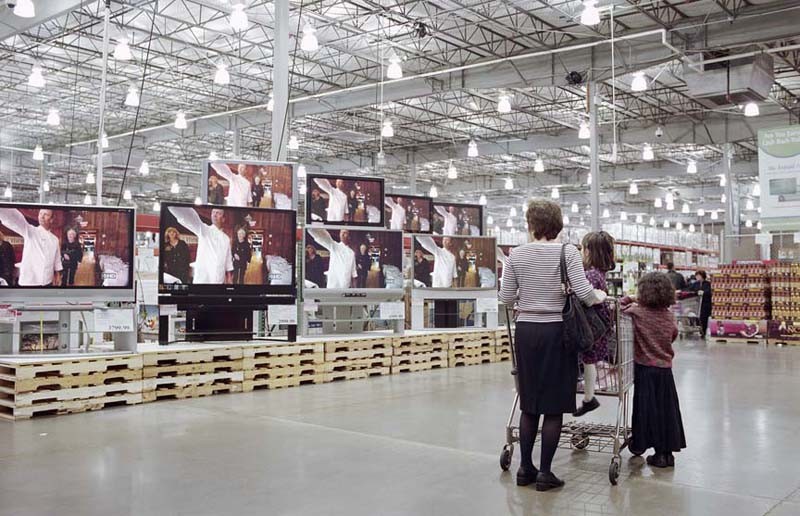 Though Ulrich has a pointed activist intention behind the subjects of his photographs, his approach imposes an empathetic eye, allowing the viewer to see him or herself in the photograph. This is his most powerful tool. We easily recognize the drained faces mesmerized by stacked products in a flood of florescent light; the overwhelming and unsortable excess found in a thrift store; the exhaustion following a day at the mall.

The desolate Dark Stores images even contain a kind of nostalgia, one bordering on reverence, for the historical aspects of our consumer culture and all the harsh economic, social and personal realities implicit in an abandoned mall, a gutted store or an overgrown parking lot.

If our consumption-obsessed culture originated from desire, Brian Ulrich documents the wasteland of desire that fast is becoming the physical and psychological landscape of American culture. S

For information on the photography of Brian Ulrich, visit notifbutwhen.com.