Was City Hall Too Green for Irene? 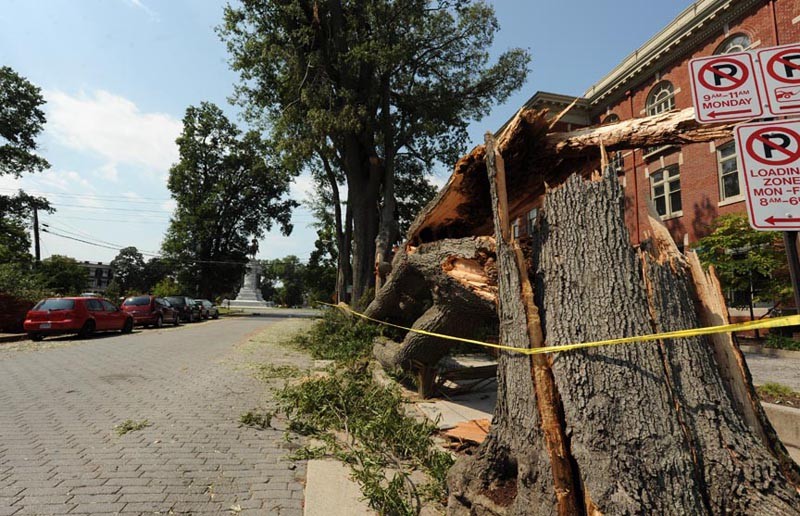 In the aftermath of Hurricane Irene, criticism of the city’s emergency response has taken on a familiar ring.

“We’ve already been through this with Gaston and Isabel,” 5th District Councilman E. Martin Jewell says during an organizational meeting last week. “Council was not brought in on this plan. If it had been, there would have been a lot less mistakes.”

Jewell and several other members of City Council have directed barbs at Mayor Dwight Jones’ administration since the storm, reflecting an oft-voiced critique: The staff working under Jones lacks institutional knowledge.

Three years into his term, Jones’ administration has seen some of its longest-tenured administrators depart. While some turnover is natural, Jones’ critics say the problem is compounded by bringing in high-ranking directors from outside Richmond, rather than promoting from within.

To be fair, the brain drain at City Hall started long before Jones took office. Under former Mayor Doug Wilder, senior managers and directors left en masse. They even came up with their own buzzword for firings. They weren’t laid off or terminated, but “separated.”

But Jones campaigned to bring stability to City Hall, emphasizing the need to attract the right people to make government more efficient. The city’s response to Irene, some say, is a case study in inefficiency.

Following a report detailing the costs of the hurricane cleanup, Jewell and other members blasted city officials for, among other shortcomings, timing of the city’s emergency warning, having no plan to distribute ice and designating Huguenot High School in South Richmond as an emergency storm shelter. Huguenot lost power during the storm, stranding the assembled city workers and residents in the dark. As noted by Jewell and other council members, the half-century-old school isn’t equipped with an emergency generator.

Chief Administrative Officer Byron Marshall acknowledged following the meeting that the city should have chosen a site with backup generators, adding: “We hope to improve the emergency response moving forward.”

Deputy Chief Administrative Officer for Human Services Carolyn Graham also found herself being grilled by council members for her department’s performance, including the decision to use Huguenot as an emergency shelter. Graham came to the city from Washington.

How important is institutional knowledge in conducting the business of the city?

Ideally, a mayor will need a staff that has both expertise and a deep awareness of how the city actually works, says one source inside City Hall. In the wake of Irene and recent issues that have dogged the city’s effort to construct a new jail, members of Jones’ inner circle have held extended conversations on whether the operational staff has enough institutional knowledge and, if so, why it isn’t being used.