Jethro Tull’s Ian Anderson gives back to America’s veterans with a concert of support for IED casualties at the National. 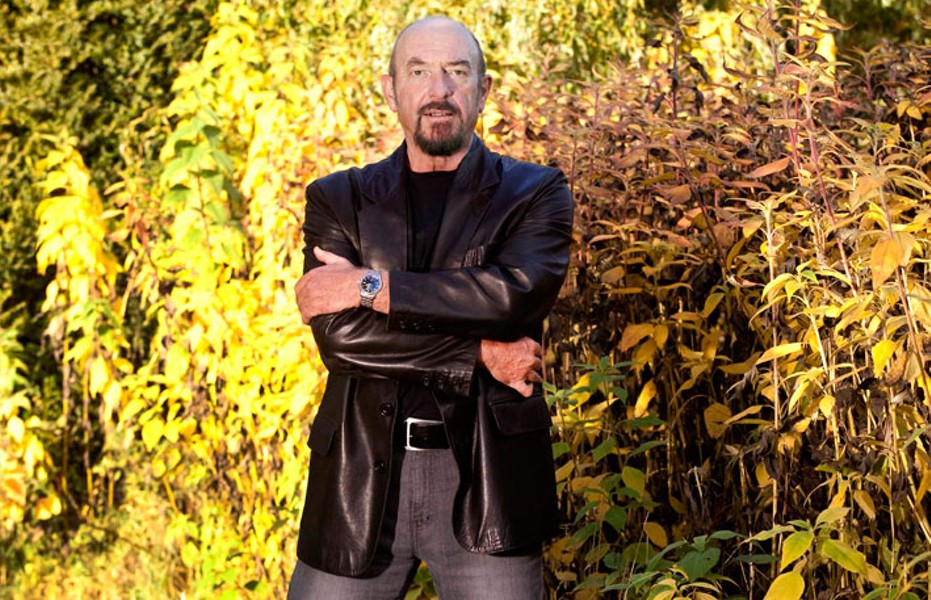 Seeking refuge at a Vatican diplomatic mission in December 1989, the military dictator was under music assault by U.S. troops. Noriega purportedly hates rock 'n' roll, and troops were treating him to nonstop, ear-splittingly loud music for days as a psychological warfare tactic.

At the request of then-Army Maj. Bob Morris, Jethro Tull's "Too Old to Rock 'n' Roll" was played in the offending lineup.

This weekend, Morris and Jethro Tull singer and flautist Ian Anderson will team up again to assist American troops, staging a concert at the National to support those who have been affected by improvised explosive devices. Commonly referred to as IEDs, the bombs have been responsible for 84 percent of American casualties in Iraq and Afghanistan.

"For many years I've been encountering the realities of IEDs and various forms of terrorist attacks that have been going on in the U.K.," Anderson says from his production office in England. "Because I perform a lot of concerts in America, I feel I owe something to a country that has been very kind to me over the last 46 years."

Based in Yorktown, Morris created the nonprofit Global Campaign Against Improvised Explosive Devices, which helps those affected by IEDs around the world. Knowing that Anderson was involved with similar efforts in the United Kingdom, Morris left a note for him after one of his concerts. Anderson emailed him back, and the two have been working to bring a show to Richmond that will benefit troops and first responders. Morris says Anderson is deeply devoted to the cause.

"He's allowed me to take wounded veterans to his shows," Morris says. "You don't know what a huge morale boost [the event] is for some of these veterans."

Opening for Anderson is the Virginia Military Institute Commanders jazz band, which will play rock, jazz and R&B favorites. The military college has a special connection with the event.

"Several cadets I've taught at VMI have been wounded by IEDs after they graduated," band director John Brodie says. "It's really tough to visit a student you've taught at the hospital and see that their leg is gone."

Concert proceeds will benefit three different causes, including helping veteran Steve Baskis realize his dream of competing in the Paralympics. Baskis lost his vision to an IED in Iraq six years ago. Since then, he's worked to inspire others, undertaking such endeavors as climbing Mount Kilimanjaro. Money raised will help Baskis get the unique equipment he needs to compete.

With IEDs also playing roles in domestic tragedies such as school shootings and the Boston Marathon bombings, the event will raise funds to help local police and firefighters create a protocol to respond to them. It also will help support efforts to get veterans into the work force through Positive Vibe Café and other businesses.

A day before the concert, the nonprofit restaurant will hold a benefit dinner during which attendees will be challenged to navigate a meal without sight. Inspiration comes from experiences of IED victims who become visually impaired from the explosions. Dinner in the Dark will be cooked by former County Club of Virginia chef Gary Whitecotton, and dessert will include visual-impairment goggles that replicate impairments such as tunnel vision and myopia.

"You've got to figure out how to eat and drink without seeing," Positive Vibe founder Garth Larcen says. "Sometimes visual impairment is overlooked. It's a problem with what these explosives do."

For Anderson, it all comes back to helping the troops.

"Those who are sent to do battle essentially on behalf of us may often be seen to be fighting a futile war that is not of their choosing," Anderson says. "But as serving men and women, they're obliged to go. Let's remember that these folks go out there and risk their lives in order to do something in the name of Western democracy."

"Ian Anderson and the Best of Jethro Tull Helping the Heroes" happens Oct. 5 at 7:30 p.m. at the National, 708 Broad St. "Dinner in the Dark" is Oct. 4 at 6 p.m. at Positive Vibe Café, 2825 Hathaway Road. For information, visit campaignagainstieds.org.