“Wake Up” Video Calls for Action in RVA 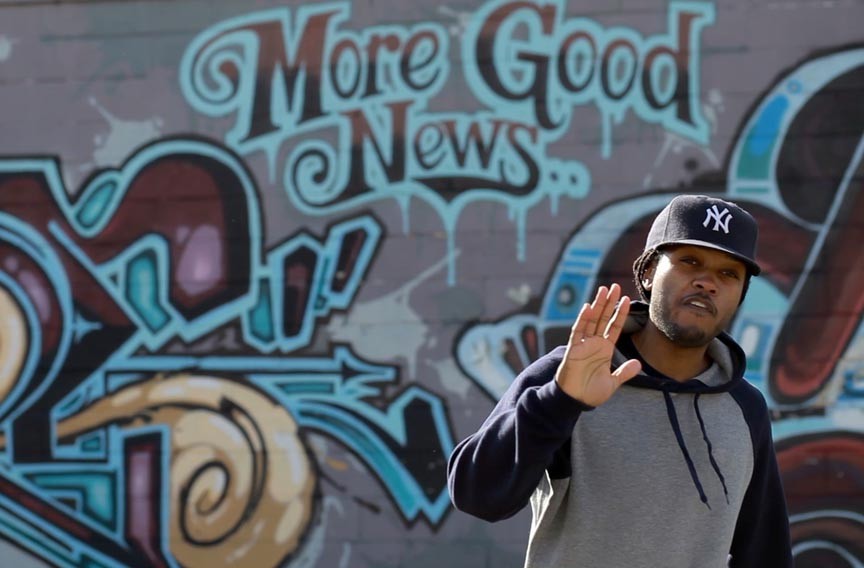 A new music video about Richmond may offer an uplifting message, but it's also sounding a call for action in the city's black community.

Posted to YouTube last week, "Wake Up Everybody (Richmond Virginia Collaboration)," spins local issues into an R&B hit originally sung by Teddy Pendergrass, then with Harold Melvin and the Blue Notes, in the 1970s.

The Richmond version features more than 20 local musicians and artists, itself an attempt at coming together, says the video's producer, MiMi Wentz: "We wanted it to generate some type of thing inside of you that says I want to help, I want to do more."

About a year ago Wentz set out to find dads to volunteer for a PTA project at her daughter's city middle school. No one stepped up.

"Why are these fathers absent?" she and her friends wondered. "And then we just found out a lot of the students just don't have fathers in their life."

For Wentz, a 32-year-old information-technology analyst with a background in the Army, the experience set off a series of discussions about family, poverty, home ownership and aspirations in the black community.

"It's like we're stuck in this zone where we don't want more," Wentz says. "It's like a road to nowhere type of thing."

Those conversations sparked the creation of a new resource, BlackRVA.com. In addition to providing information about local events and charities, the free service lists local black-owned businesses.

That website launched last week along with the music video, which was filmed in about 15 days across the city. The song was recorded and mixed at New Millennium Studios and In Your Ear, supported by Untitled Music and Media producer Amzi Jackson, and directed by an 18-year-old video upstart from Fredericksburg, Wesley Rose.

Wentz says some of the video's musicians came through Rebirth, an open-mic series at the Camel produced by Hip Hop VA. The group tried to involve a variety of artists in hip-hop, Christian, soul, R&B and spoken word.

Video views topped 10,000 at press time. "Everybody's just inspired," says Wentz, who hopes a live performance will be next.