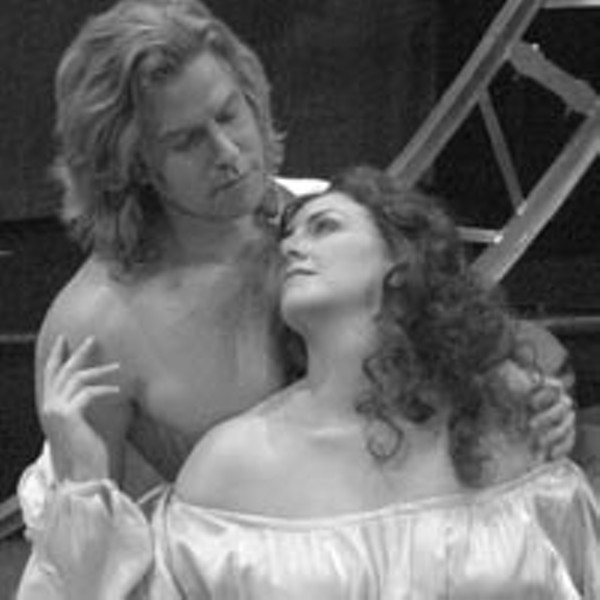 Growing up the youngest of four, Dix began singing because of the attention it brought her. Expressing herself through song became a great joy, and Dix loved it so much she was able to overcome obstacles that discourage many others. "Singing is hard and disappointing," she says. "The only way you can get through it is because you love it."

A recent graduate of the three-year Metropolitan Opera's Lindemann Young Artist Development Program, Dix is finally realizing the scope of what she learned. "I went into the program confident as can be, but the level of genius there humbles you." What she noticed was how hard each singer worked to serve the music. Phrases were sung over and over, and she learned how one slight change in tempi could lose the sense of the entire piece of music.

It's training she carries with her in her role as Isolde. Says Dix, "The most important thing to think about when hearing Wagner or any other opera is how the music serves the drama of the libretto." In a society where people often reject music for its atonality or for the highly chromatic idiom in much of Wagner's music, Dix encourages people to look at the work as a whole. "It's not instantly gratifying. It's more like going to a play where the suspense builds, and finally there's a thrilling breakthrough."

Although Wagner finished "Tristan & Isolde" in 1859, the music remains so original that even today it is unsettling to many. But like any new art form, it takes a while for people to accept it. "When a work is heard for the first time, it is often rejected," says Dix. For example, the first time audiences heard Rossini's "William Tell," they rejected it, but today it's a favorite among opera-goers. But even though opposing reactions to Wagner are often as strong as embracing ones, his works are some of the most often performed and loved despite their challenges.

So how does an audience member prepare for the scope of such an opera? According to Dix, one should read the libretto, familiarize oneself with the music and attend with an open mind. "The key," says Dix, "is to go to an opera performed by the greatest singers and conductors they can afford." And luckily for the people of Richmond, the Virginia Opera's production of "Tristan & Isolde" may be it. S